China unicorns backed by more than one of the four include Ele.me, Didi Chuxing, and Zhong An Insurance, among others.

In Asia today, there are over 60 “unicorns” — privately held companies valued at $1B+. Of those, a whopping 41% are backed by four of China’s largest internet giants — Baidu, Alibaba, Tencent, & JD.com (hereafter referred to as BATJ) — or their affiliates such as Ant Financial, according to CB Insights data.

Within China, the figure is even higher. Forty-six percent of China’s unicorns are today backed by BATJ. Of the four, Tencent has backed the highest number of China-based unicorns at 15. China unicorns backed by more than one of the four include food delivery platform Ele.me, ride-hailing giant Didi Chuxing, online insurance carrier Zhong An Insurance, photo sharing app Kuaishou, real estate brokerage Beijing Homelink and electric vehicle maker NIO. 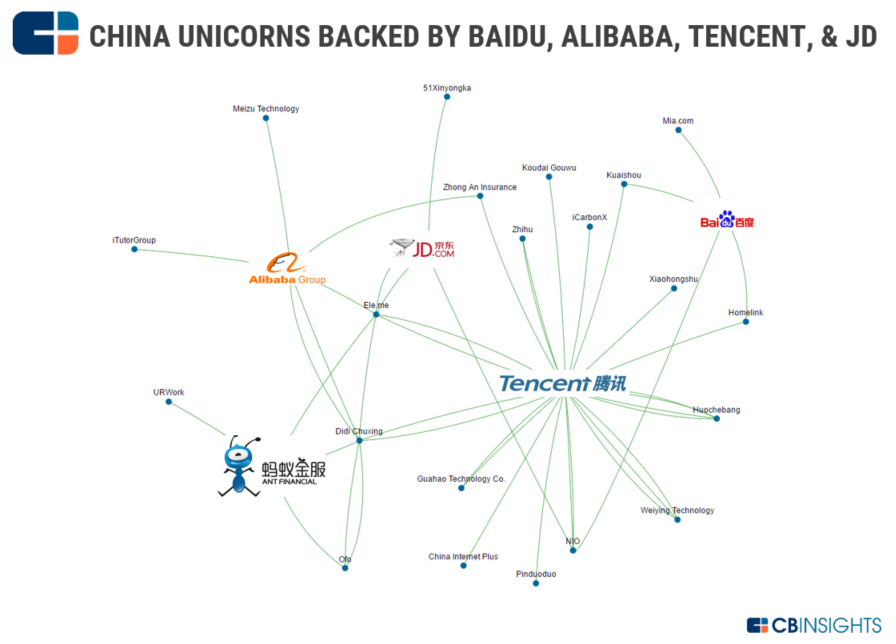 Leaving aside China, elsewhere in Asia, Alibaba, Ant Financial and Tencent have been most active in backing India’s most valuable tech companies. Tencent participated in the latest round to Flipkart and led a $175M investment to messaging app Hike in August 2016. Tencent has also made investments in Korea gaming giant CJ Games and Indonesian motorbike ride-hailing firm Go-Jek. 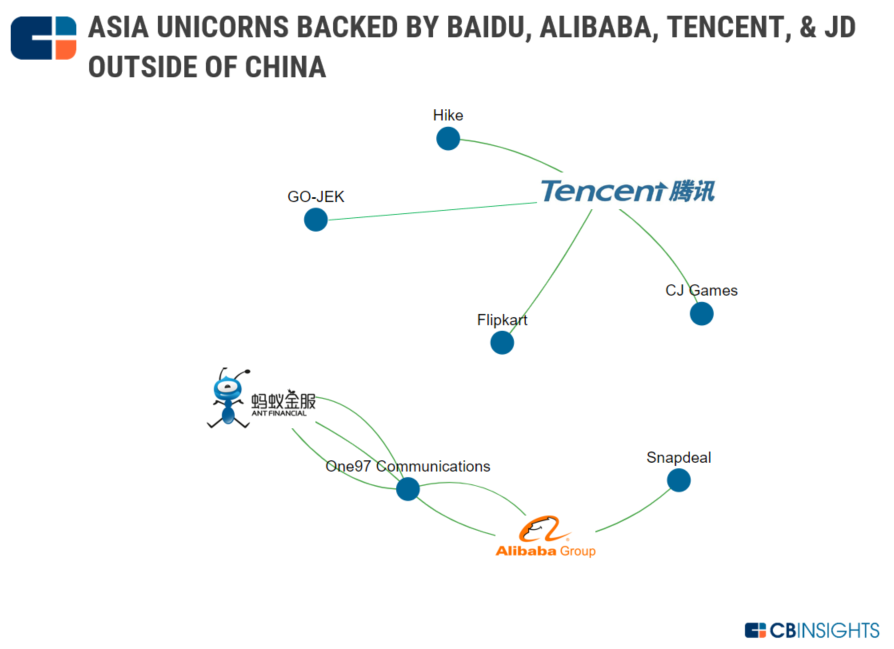