We visualized where three Asian tech players are making their private market bets in fintech.

As illustrated in our Pulse of Fintech Report, funding to VC-backed fintech companies globally was up significantly in the last quarter, rising to $5.7B in Q1’16 from $3.1B in Q4’15. Asian tech corporates are among the investors that have been finding opportunity in fintech, betting on startups both within their region and outside of it.

Below, we’ve highlighted the activity of the three most active Asian tech corporates investing in fintech: Renren, Tencent, and Rakuten. We used the CB Insights Business Social Graph tool to visualize how these investors and their portfolio companies are related.

Note: we combined the investments made out of the corporate parent and their respective corporate venture capital arms in the case of RenRen and Rakuten.

Between them, these three investors have placed bets on nearly 25 fintech companies, half of them based in North America, 38% in Asia, and 12% in Europe.

Renren, and their investment arm Renren Lianhe Holdings, have made 33% of their fintech investments in real estate tech; their bets in this category include Sindeo, Plum, and LendingHome. Additionally, they participated in multiple rounds of financings to San Francisco-based marketplace lender SoFi and led SoFi’s $150M Series E II in October 2015.

The graphic below includes both Renren and Renren Lianhe Holdings’ investments. It excludes acquisitions. 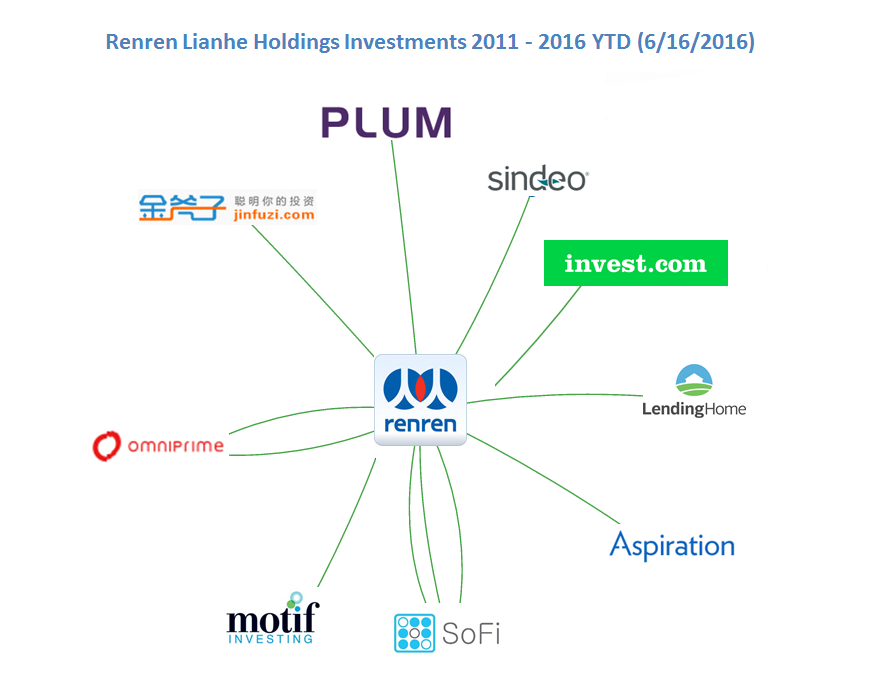 Tencent has placed bets in various categories within fintech.

Their investments range from real-estate technology companies like HomeLink to lending startups like Payoff. Most recently, Tencent invested in the $20M Series B of crowdfunding platform Qingsongchou alongside investors DT Capital Partners and IDG Capital Partners in June 2016.

Check out the rest of their investments below. 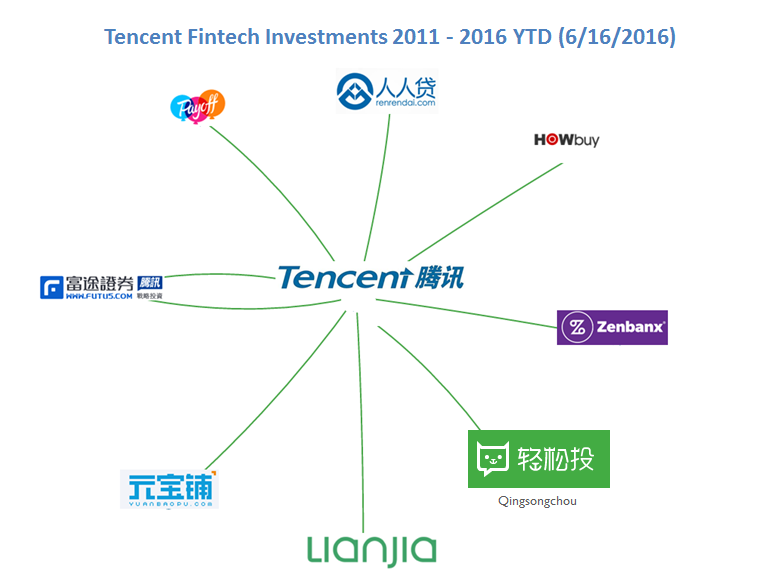 Rakuten is also among the most active Asian tech corporates and are likely to become even more active with the announcement of their new fintech-focused fund.

The graphic below includes both Rakuten and Rakuten Ventures investments, and excludes Rakuten acquisitions. 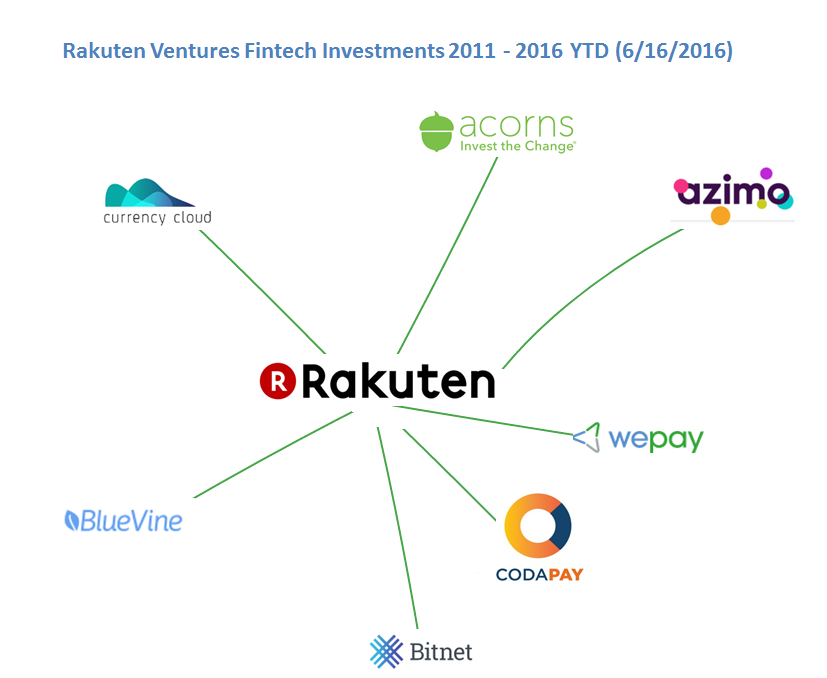 Sign up for our venture capital database below for more information on Asian corporates and fintech.