Research Brief
3207
VC investors continued to tighten their purse strings with regards to Asia in Q2'16, with India funding cratering by almost 60%.

Deal activity to VC-backed companies in Asia dropped sharply for the third-straight quarter, according to data in the Q2’16 KPMG And CB Insights Venture Pulse report, highlighting concerns regarding global economic uncertainty, the slowing of the Chinese economy and depreciation of the Chinese currency. Deal activity in other parts of Asia also shrank significantly, with India-based funding, in particular, dropping well under $600M this quarter.

Annual trends: Investors deployed $14.6B across 732 deals to VC-backed companies in Asia in H1’16

Asia witnessed a steady rise in deal activity to VC-backed companies in recent years, accompanied by an especially dramatic increase in funding. However, at the current run rate, 2016 is on track to end both annual growth streaks, with just $14.6B invested across 732 deals over the first half of the year. 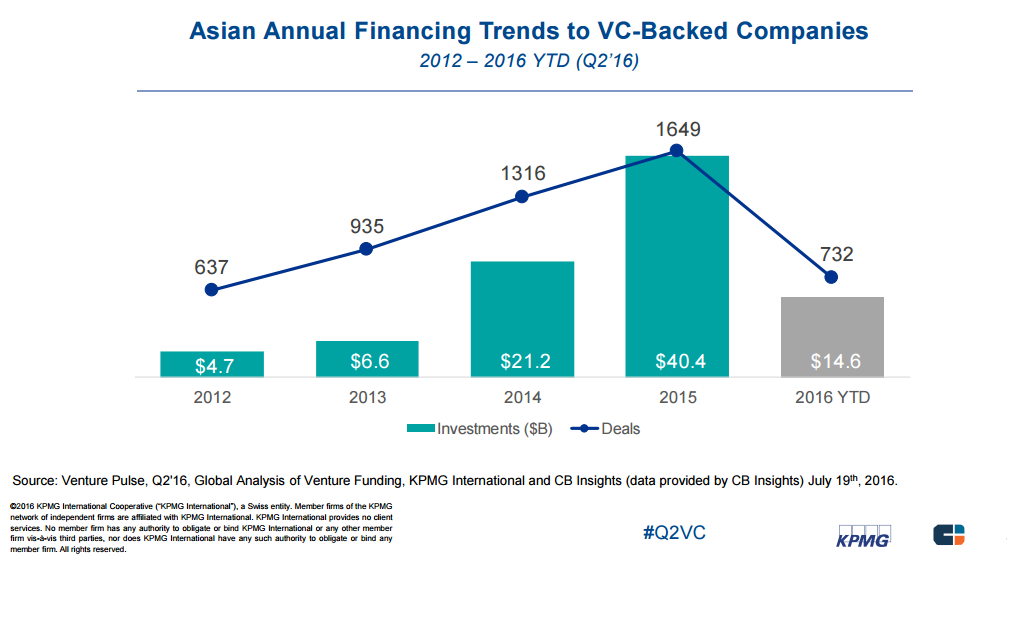 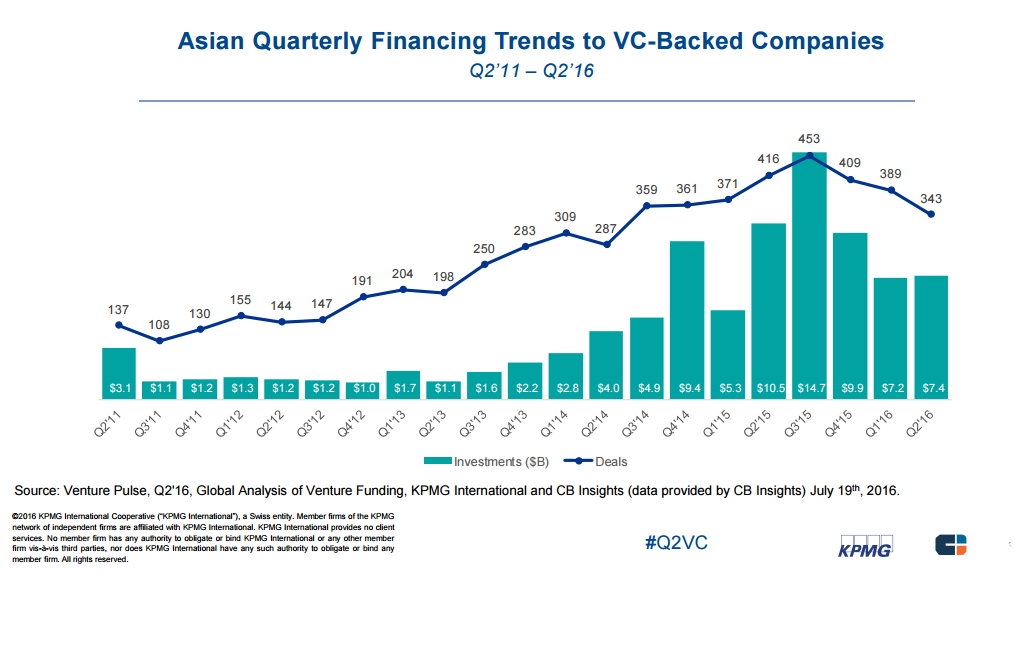 Asian seed deal share rose sharply to a 5-quarter high of 39% in Q2’16, up from 33% the quarter prior. In absolute terms, seed deals held relatively steady from Q1’16, while deals in most other stages fell (particularly Series A, which saw a corresponding drop in deal share). 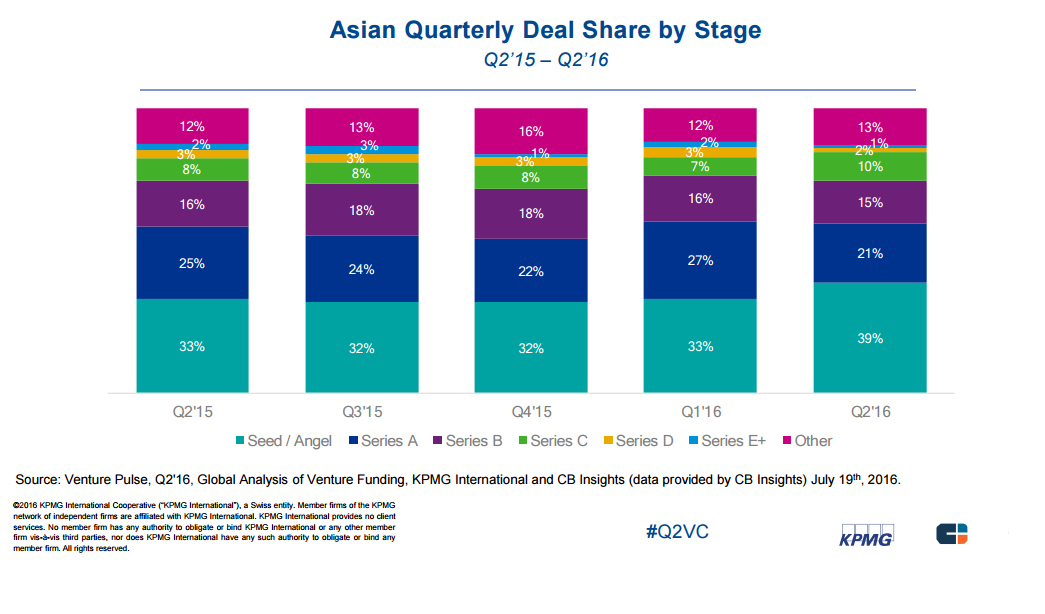 The 10 largest Asian rounds of Q2’16 together represented more than $4.1B in funding, more than half of the quarterly total for the continent. As mentioned before, established ride-hailing companies such as Gett, Didi Chuxing, and Ucar Group received a number of these biggest deals. 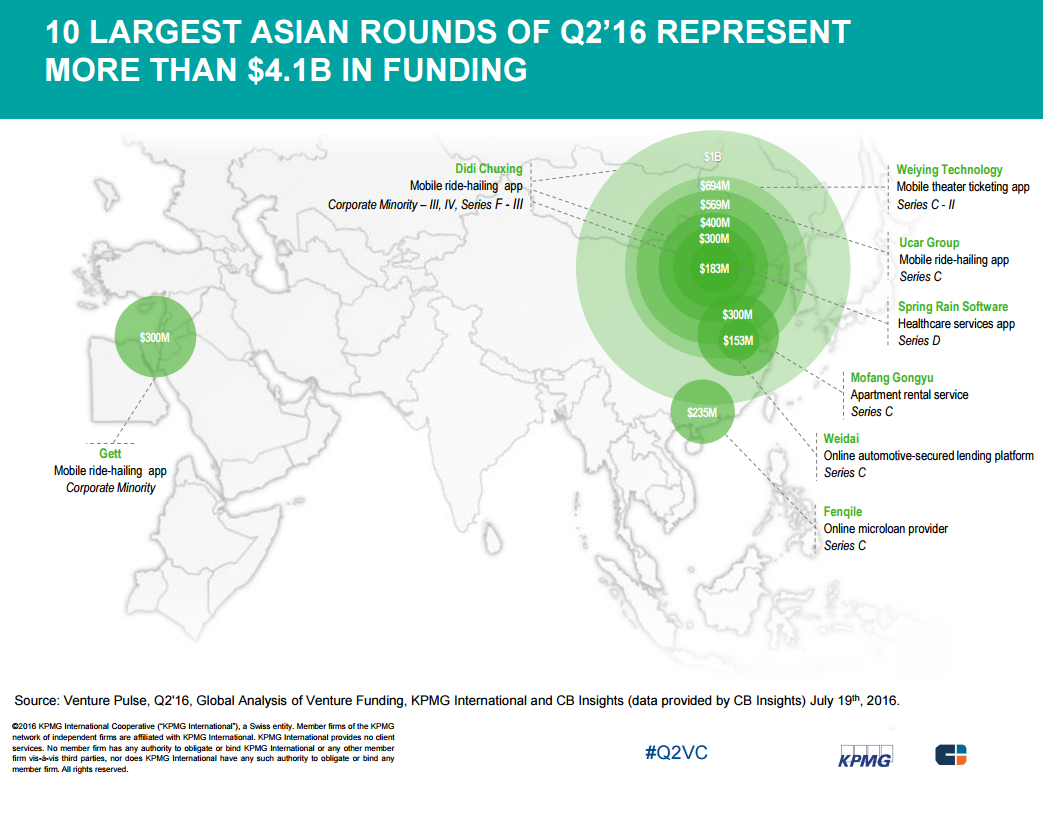 Within Asia, India has seen an especially dramatic drop in financing to VC-backed companies. Notably absent were the $100M+ mega-rounds abundant in previous quarters. Even in Q1’16, there were still at least 5 deals of $100M or more, whereas this quarter saw just a single deal of exactly $100M to Oyo Rooms. Indian unicorns like Snapdeal and Flipkart, who raised massive rounds and pushed up funding totals in quarters prior, have been relatively quiet as of late. 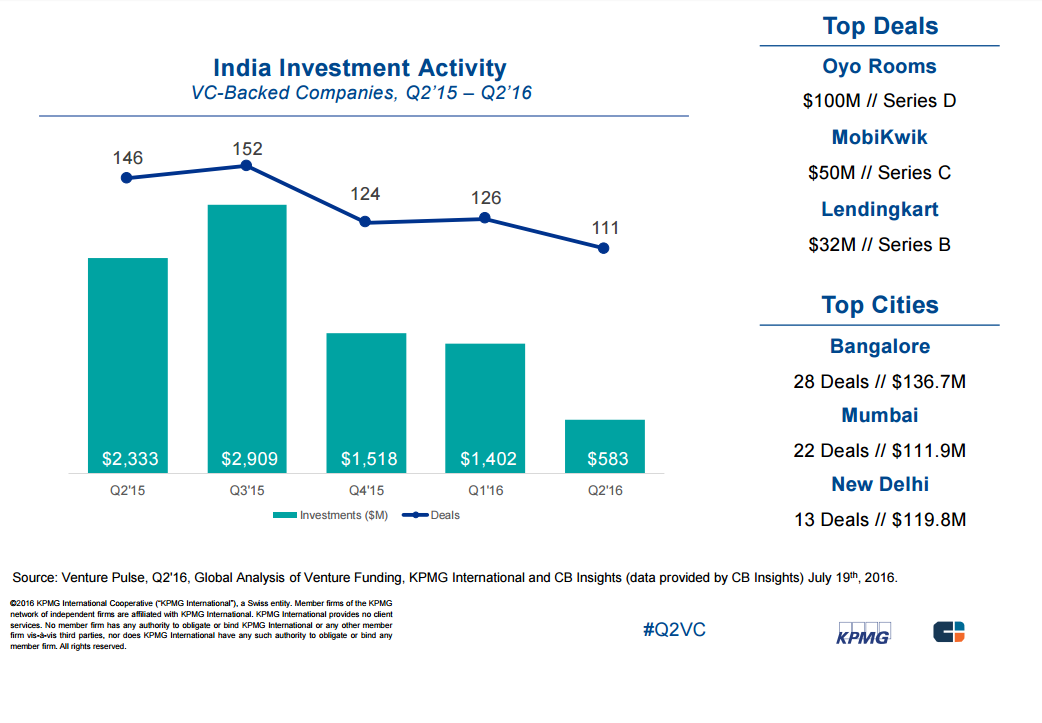 Where does this data come from? Login to CB Insights or sign up for free below.