Research Brief
2208
Mega-rounds above $100M in size drive the bulk of activity in Asia.

Investment to Asian VC-backed companies reached an all-time high in Q3’15, as Asian startups raised $13.5B across 373 deals.

Q3’15’s funding was 181% higher than the total in the same quarter a year prior. 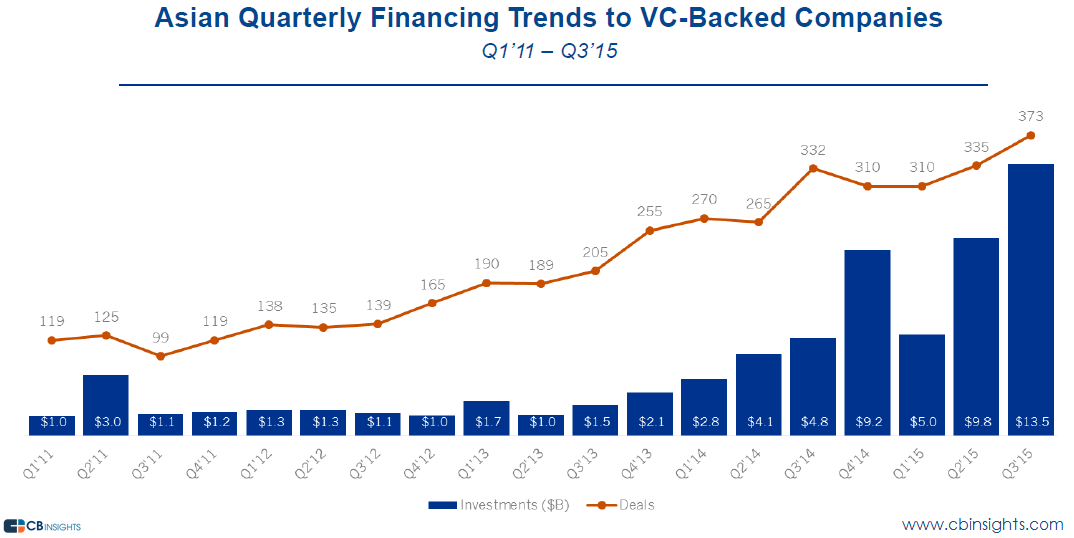 Top 12 rounds account for over half of Asian funding

Mega-rounds drove the bulk of the funding in Asia, as the 12 largest deals of Q3’15 combined for more than $7.8B in funding, including a total of $3B alone across a couple of deals to car-hailing company Didi Kuaidi. Overall, there were 7 rounds that were $500M+ in Asia in Q3’15. 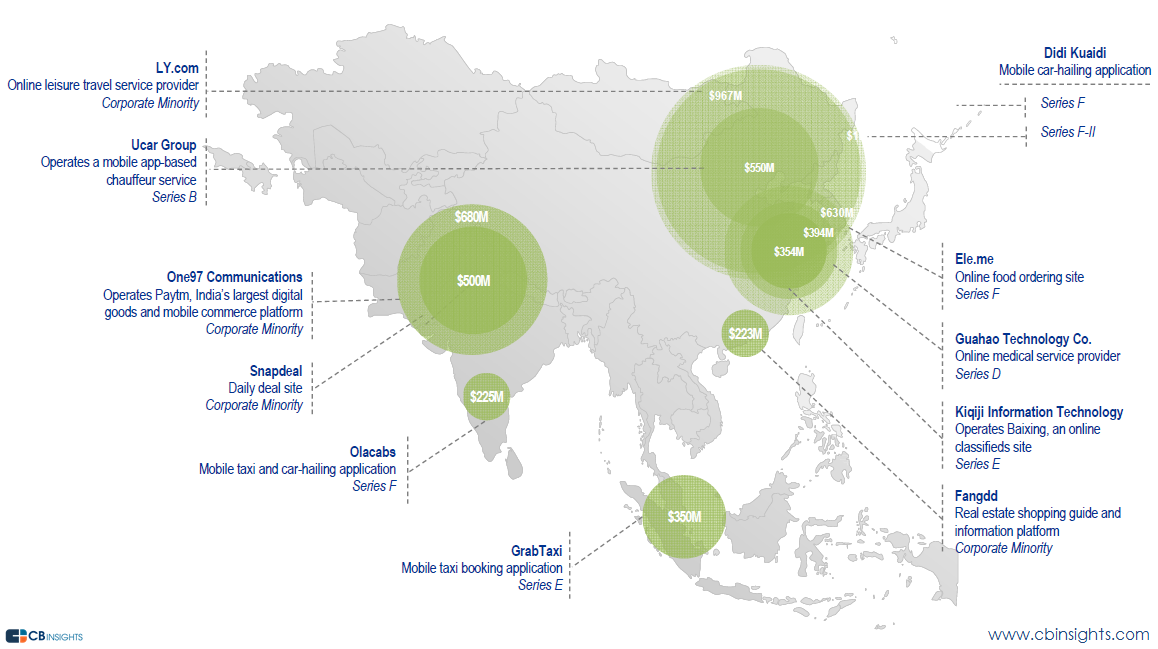 Thanks to its participation in a flurry of early-stage rounds, 500 Startups was the most active VC in Asia in Q3’15. Sequoia Capital’s China and India arms rounded out the top 3 with investments in Ele.me and Mia.com in China, and OYO Rooms and BankBazaar in India, among others. 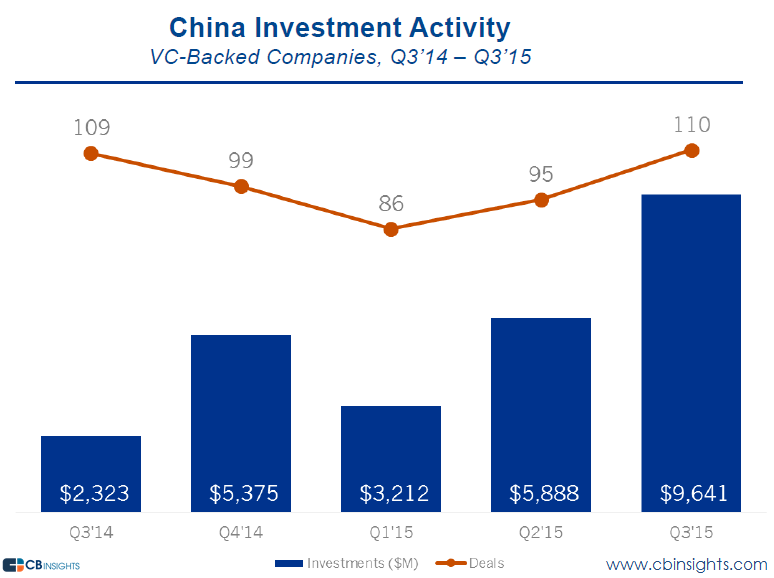 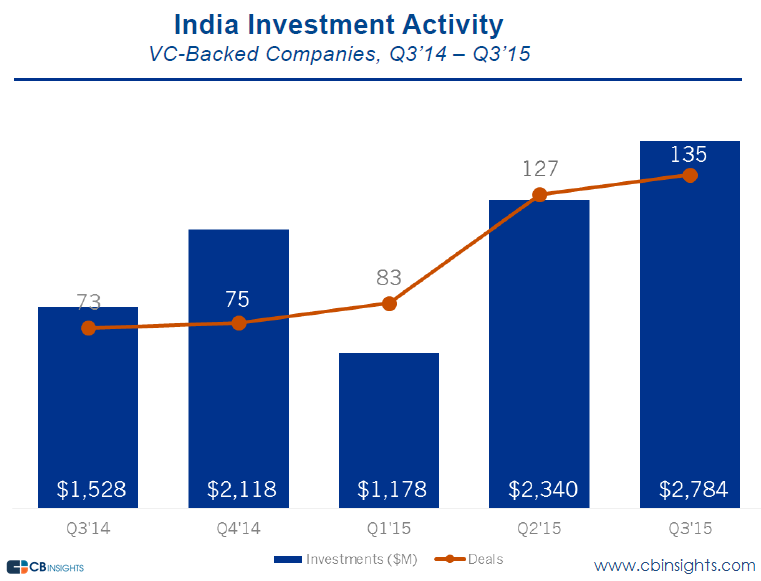 Want more Asian financing data? Login to CB Insights or sign up for free below.