Celebrities know that to make the most out of their investments, they should diversify their portfolios, and it looks like they’re setting their eyes on tech and venture capital. While some celebrities are making investments as angels betting on very early-stage companies, others have formed actual venture funds, which have LPs or limited partners (i.e., pension funds and other large institutional investors as funders).

We put together a list of the most active celebrity investors using CB Insights’ data, and ranked them against one another. 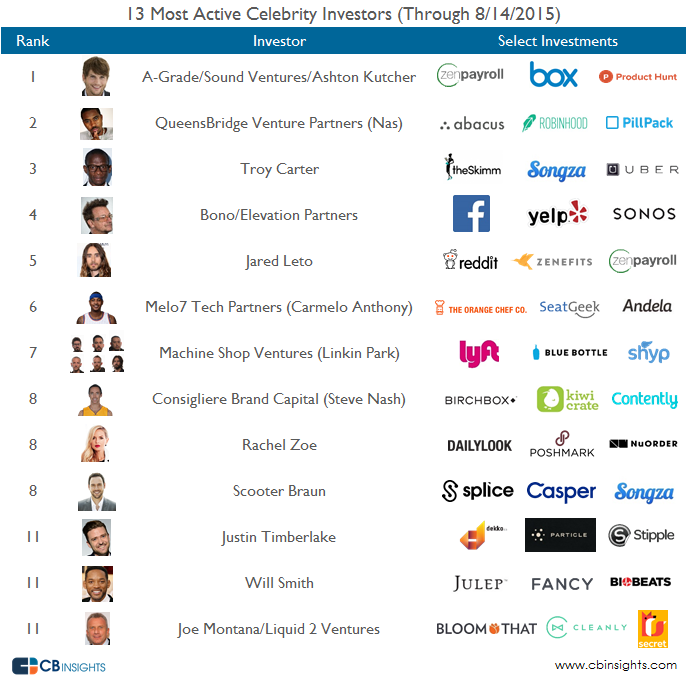 Below are the most celebrity-studded startups. They attracted multiple celebrities to single funding rounds:

Additionally, other notable celebrity movements in tech include:

*Data does not include grants

Want more data on celebrity/angel investors? Check out our venture capital database below.