2017 is shaping up to be another transformation year for augmented and virtual reality (AR/VR), which recently saw a major bump in deals.

Recently, AR/VR hype has been back on the upswing. Tech giants like Facebook and Apple are reputed to be allocating more than 1000 workers each to their respective AR/VR efforts. Meanwhile, movie studios, media companies and smart money VCs are all investing heavily into AR/VR.

Previously, we’ve mapped the AR/VR startup landscape, categorizing companies by where they sit in the full tech stack. Using CB Insights data, we looked at the latest funding trends to AR/VR startups.

Last year’s funding total was propelled mainly by a blockbuster deal to the secretive AR headset maker Magic Leap, which received a $794M Series C mega-round in February 2016. This year, mega-deals have been largely absent until this week, when VR simulation engine Improbable raised a surprise $502M in a Series B round. Before that deal, which included Andreessen Horowitz, Horizons Ventures, and Softbank Group, the company had raised only about $52M in total funding.

Overall, deal volume exploded in Q1’17, and if the pace continues, we will see 293 deals by year’s end, which would translate to a 47% increase. From a funding perspective, if the trend carries on then AR/VR will see $2.16B in funding this year, which would eclipse last year’s historically high total by 3%. That said, Improbable’s recent raise accounts for almost two-thirds of 2017’s year-to-date funding total. Prior to that round, the category was on track for a funding decline. 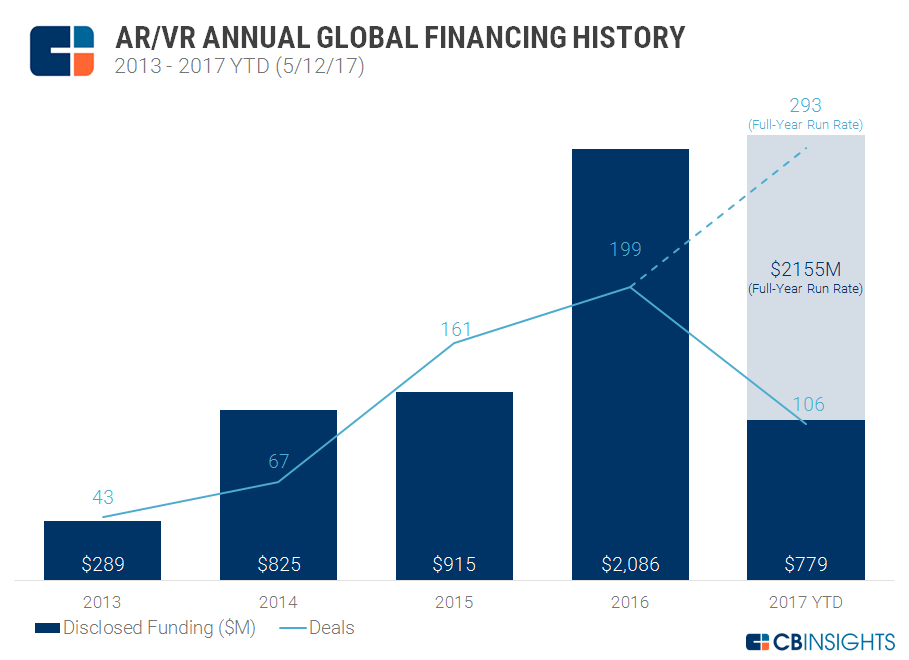 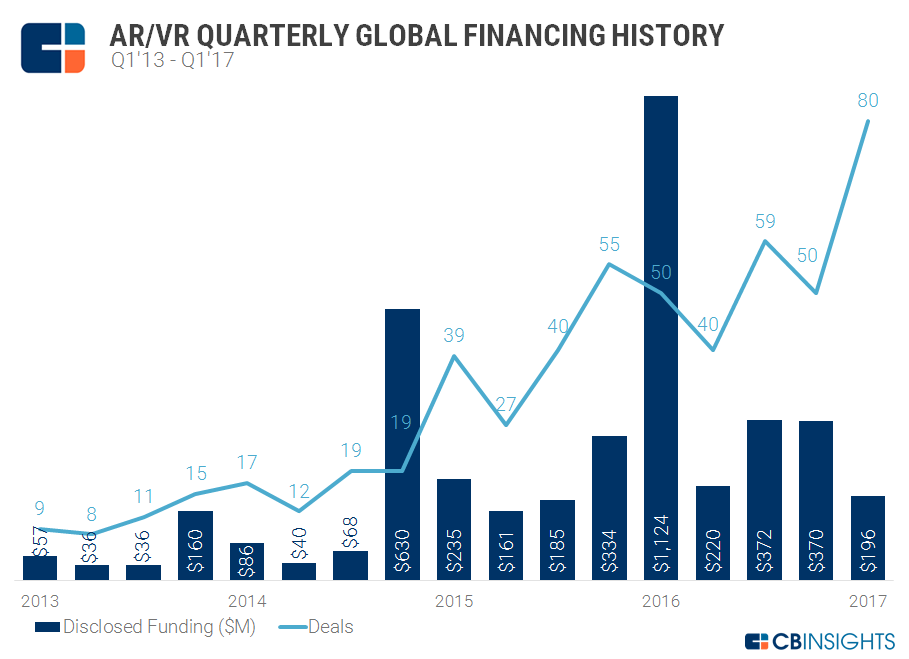