Research Brief
2599
Over 25 companies raised equity funding rounds in the last quarter. Deal activity was up 7x from Q1'11.

Deal count had already leapt to 24 in Q4’15, ten more deals than the previous quarter. The trend continued in Q1’16, with deals reaching a 5-year quarterly high, and passing the 25-deal threshold.

Our analysis includes all equity funding rounds and convertible notes. Note: We expanded our definition of AI and published a June 2016 update to this data here.

Deals to AI-focused startups increased nearly 7x over the last five years, from 4 in Q1’11 to 27 in Q1’16. Around 15% of the deals in Q1’16 went to companies focused on AI applications in healthcare. This includes a Series A round raised by patient-monitoring company AiCure and a seed round raised by deep learning-based dementia prediction startup Avalon AI.

Some of the largest funding rounds last quarter included Digital Reasoning Systems‘ $19M Series D round and AiCure‘s $12M Series A round. 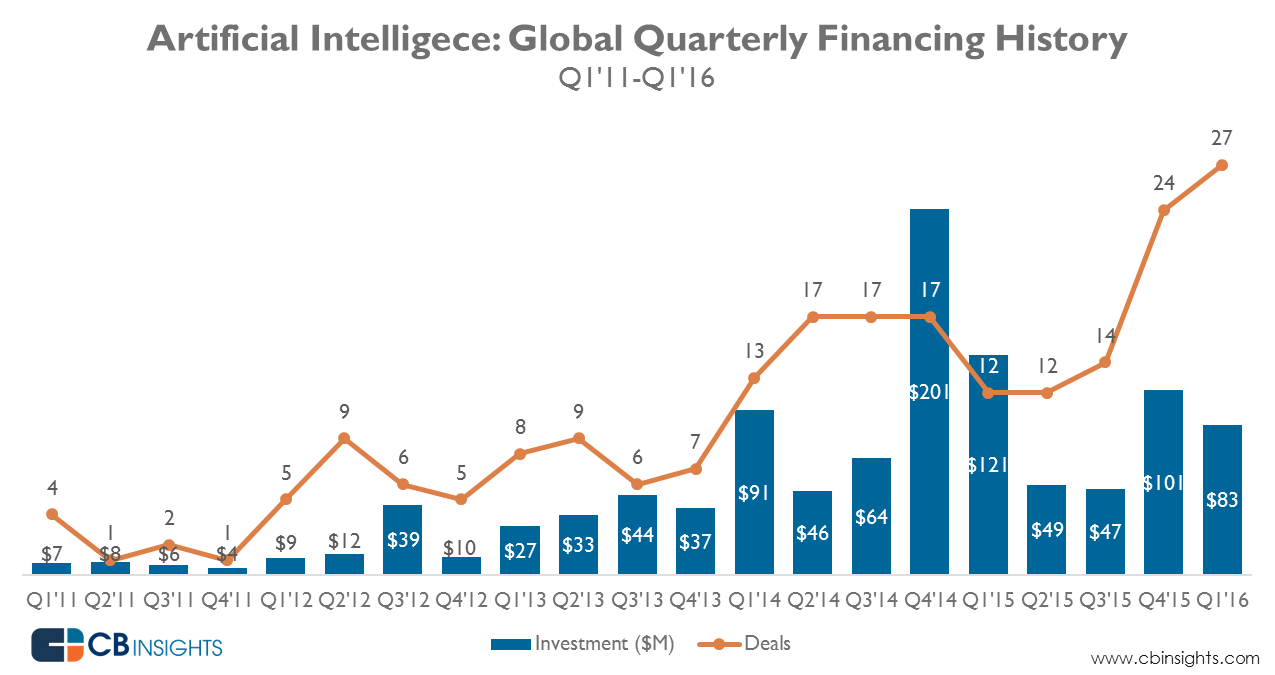 Late-stage deals (Series D and beyond) were less than 1% by volume. The “other” category includes convertible notes, corporate minority rounds, and equity rounds not attributed to a particular stage. 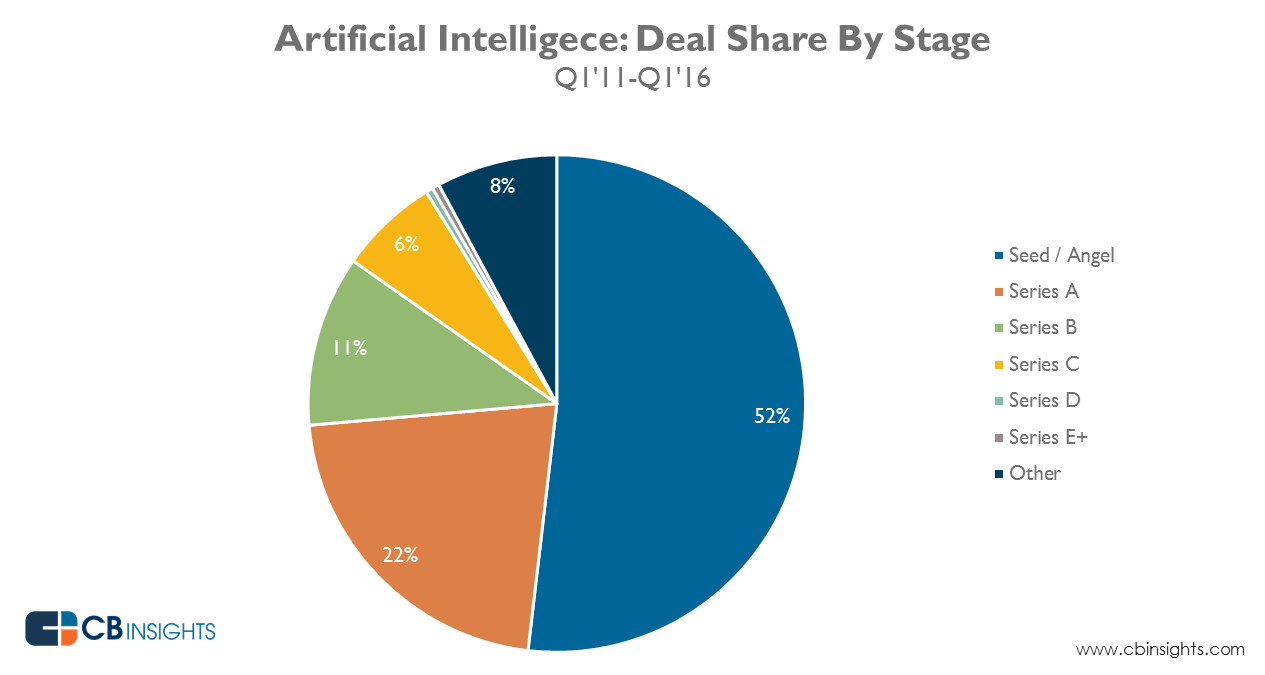 California-based Sentient Technologies, backed by investors including Horizon Ventures and Tata Communications, continues to hold its spot as the most well-funded startup in AI, since the last time we dug into these numbers last year. The company has raised more than $140M in equity funding so far.

The second-most well funded startup on the list is Ayasdi, backed by investors including Khosla Ventures and Kleiner Perkins Caufield & Byers.

The ranking below is based on equity funding rounds raised and excludes debt.