Advancements in AI were recently spotlighted by AlphaGo, a computer program developed by Google’s DeepMind team. The program — which relies on decision-making algorithms and neural networks — defeated a human European champion at the board game Go in a feat previously believed to be years away.

On the investor side, Jim Breyer of Breyer Capital has said AI will deliver massive returns for investors betting on applications for industries including healthcare and entertainment.

We found that AI startups have raised an aggregate $967M in funding since 2010, with investments going to companies in 13 separate countries and 10 industry categories, including business intelligence, e-commerce, and healthcare.

Three AI-focused companies have already raised funds in 2016, with Ontario-based Maluuba, which was previously seed funded by Samsung Ventures, raising a $6.2M Series A from other investors. The other two are United Kingdom’s Seldon, and US-based Kitt.ai. 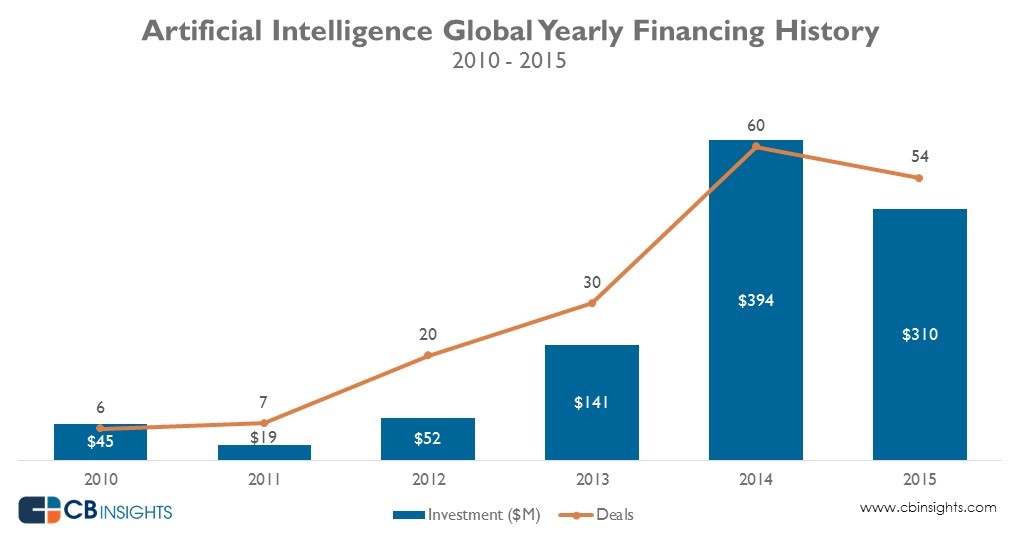 Q4’14 had an all-time quarterly funding high of $201M, more than half of which was from Sentient Technologies’ Series C round.

The peak in funding in Q1’14 was driven by the $40M Series B round raised by Vicarious Systems. Q1’15 saw $121M raised from 12 deals to companies including Ayasdi, RapidMiner, and Viv Labs. 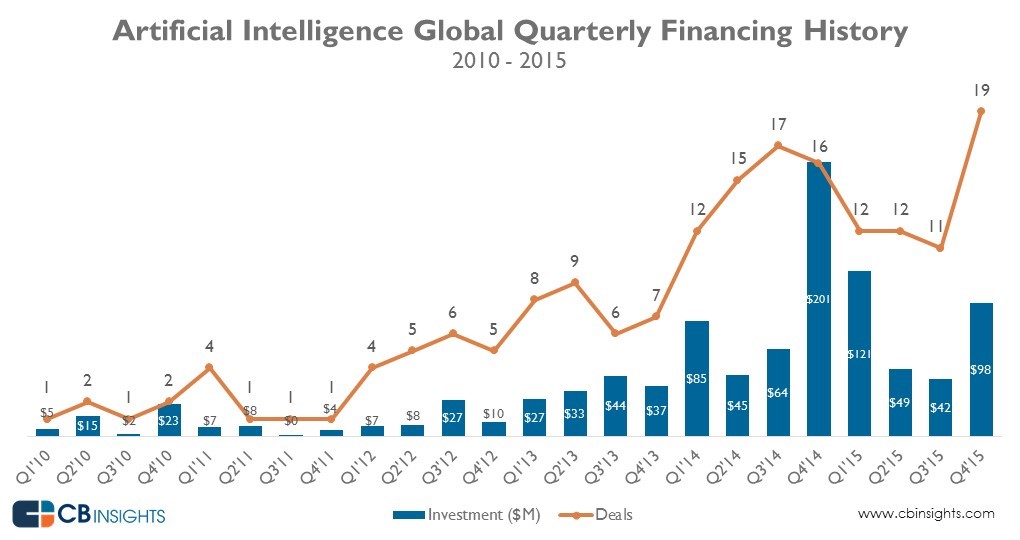 A wide majority of deals to artificial intelligence companies from 2010 to 2015 involved early-stage startups, with seed deals dominating, accounting for 50% of overall activity in 2015, while Series A took 19% of deals that year. Over 60 AI companies received seed/angel funding during these six years. 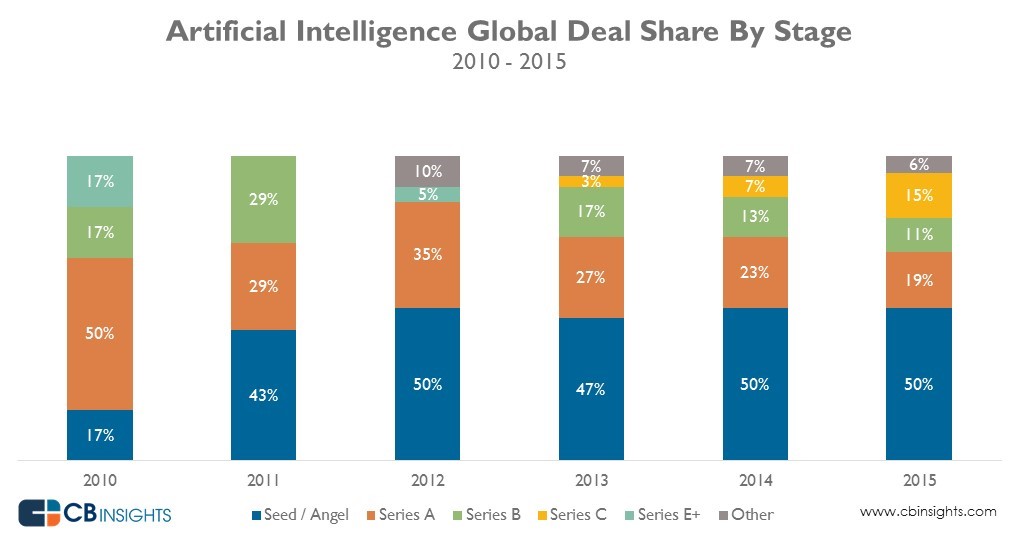 Dollar share in AI funding has swung from early-stage to mid-stage investments.

The lion’s share of investments – 93% — went to early-stage startups in 2012, consistent with the peak in early-stage deal share that year. Fifteen startups on our list raised seed/angel or Series A rounds that year, with the largest being Vicarious Systems’ $15M Series A.

From 2013 to 2015, over 50% of dollars went to startups raising Series B or C rounds, including Sentient Technologies, Ayasdi, Vicarious Systems, Digital Reasoning Systems, Nervana Systems, and H2O.ai. Mid-stage (Series B and C) dollar share peaked at 66% in 2015. 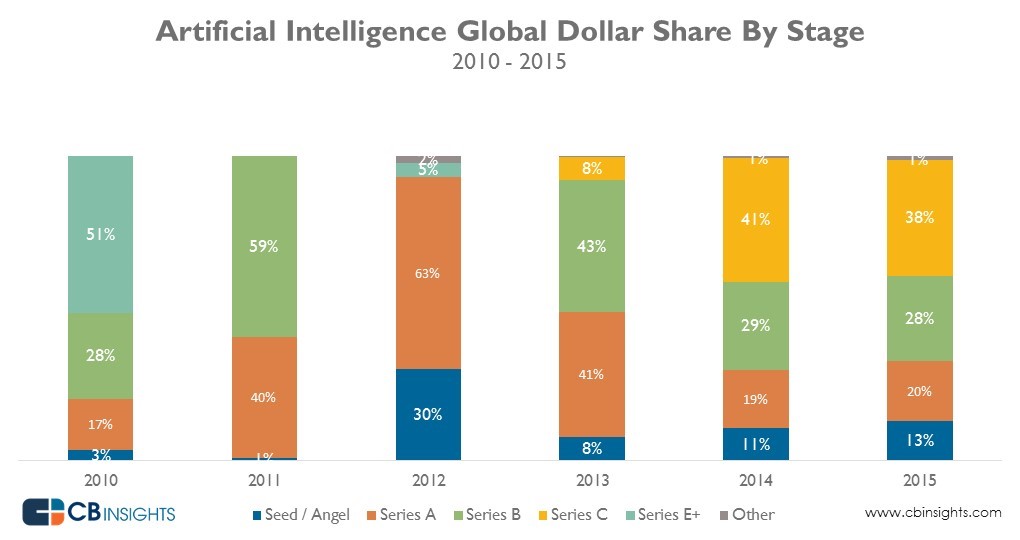 Sentient Technologies, which recently launched an online AI sales associate, Visual Filter, with SHOES.COM, is the most well-funded AI startup on the list.

It is followed by California-based Ayasdi, backed by investors including Khosla Ventures, Citi Ventures and GE Ventures.

The top 10 companies on the list below are developing products ranging from the next generation of AI assistants to advanced machine-learning tools.

Bloomberg Beta, which launched in 2013, was tied for second spot with Khosla Ventures. The former’s investments include Diffbot and Context Relevant, while the latter invested in startups including Atomwise, MetaMind, and Scaled Inference.

Sign up for our venture capital database below for more information on AI startups.