Research Brief
2915
The quarterly deal record for artificial intelligence in health in Q1'16 follows a strong run-up in activity, with deals increasing more than 7x in 5 years, from 6 in 2011 to 60 in 2015.

Deals to companies pursuing healthcare-focused applications of AI have leapt from less than 10 deals in 2011 to 60 in 2015.

Khosla Ventures, which we have identified as the most active investors in AI startups overall, backed several companies in the space, including Zebra Medical Vision, Atomwise, Lumiata, and Ginger.io. 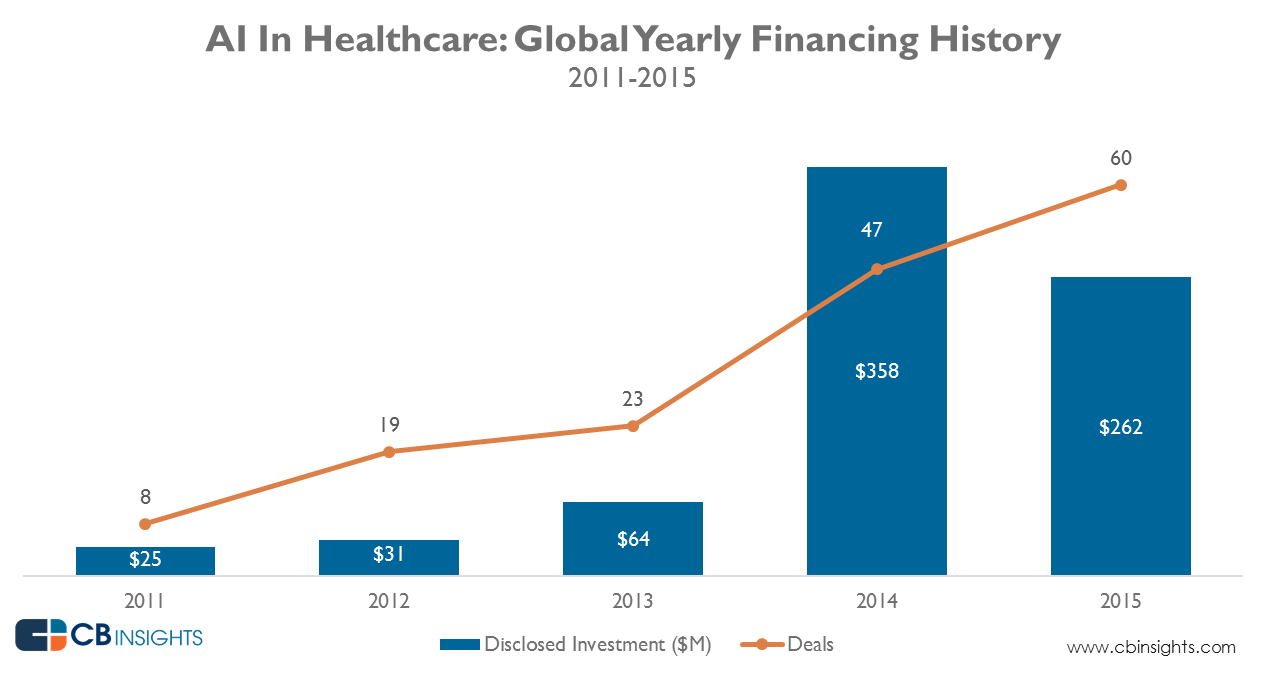 Deals reached a new high of 30 in Q1’16, breaking the previous quarter’s record of 21. Funding did not see a similar run-up, indicating that many of the deals in Q1’16 were for relatively small amounts. The funding peak in Q4’14 was driven by the previously-mentioned rounds to Butterfly Network and Stratified Medical. 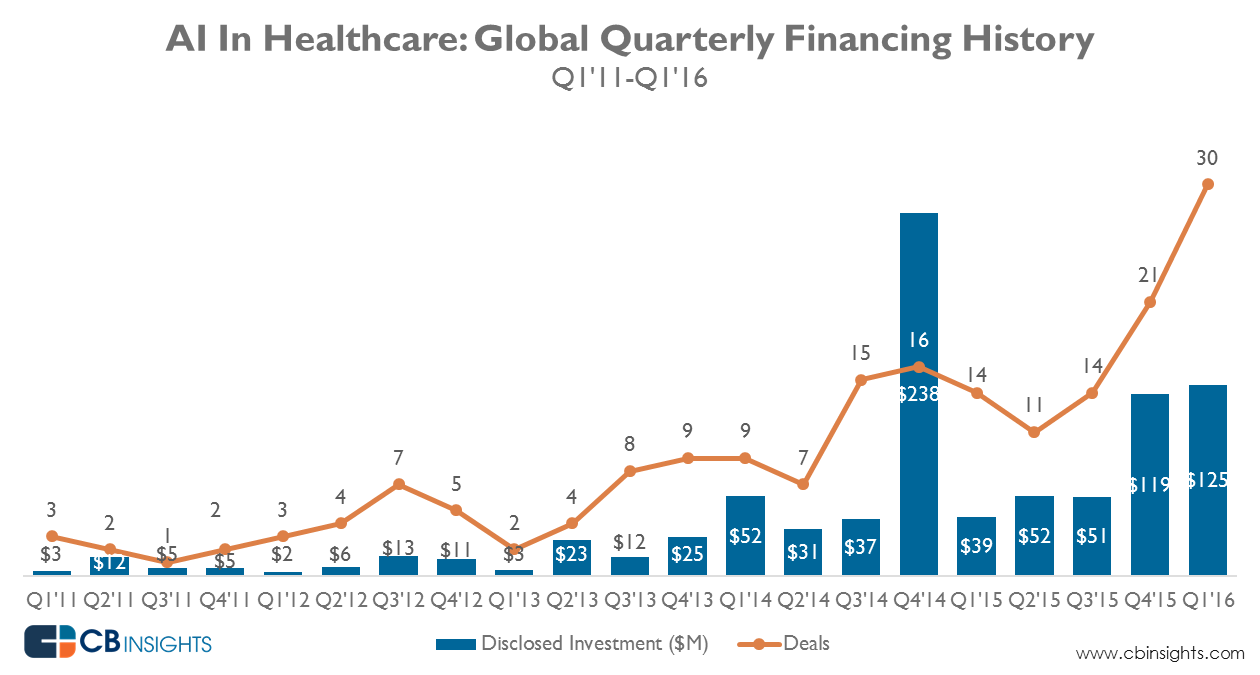 As a percentage of total deals to startups using artificial intelligence tech, healthcare increased gradually from 11% in 2011 to 15% last year. 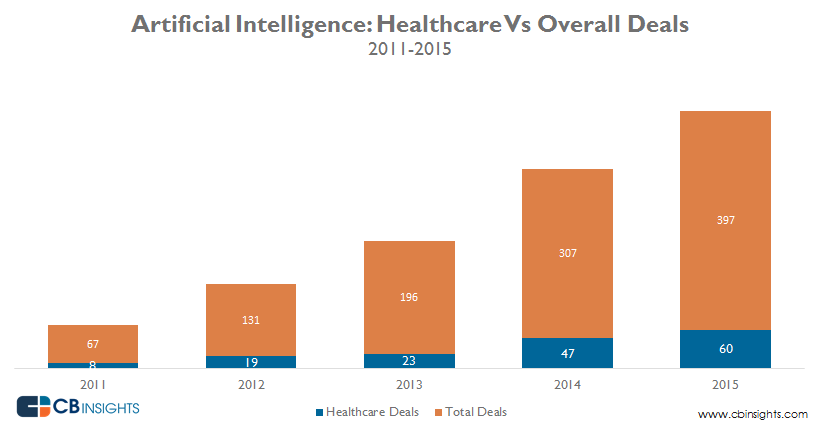 New startups are clearly venturing into this space, with more than 20 AI-based healthcare-focused companies raising seed/angel funds in 2015, compared to less than 5 in 2011. Overall, seed/angel deals dominated with a 46% share of deals during the last 5 years, followed by Series A deals at 23%.

Some of the late-stage startups in this space include Pathway Genomics, WellTok, and Apixio. 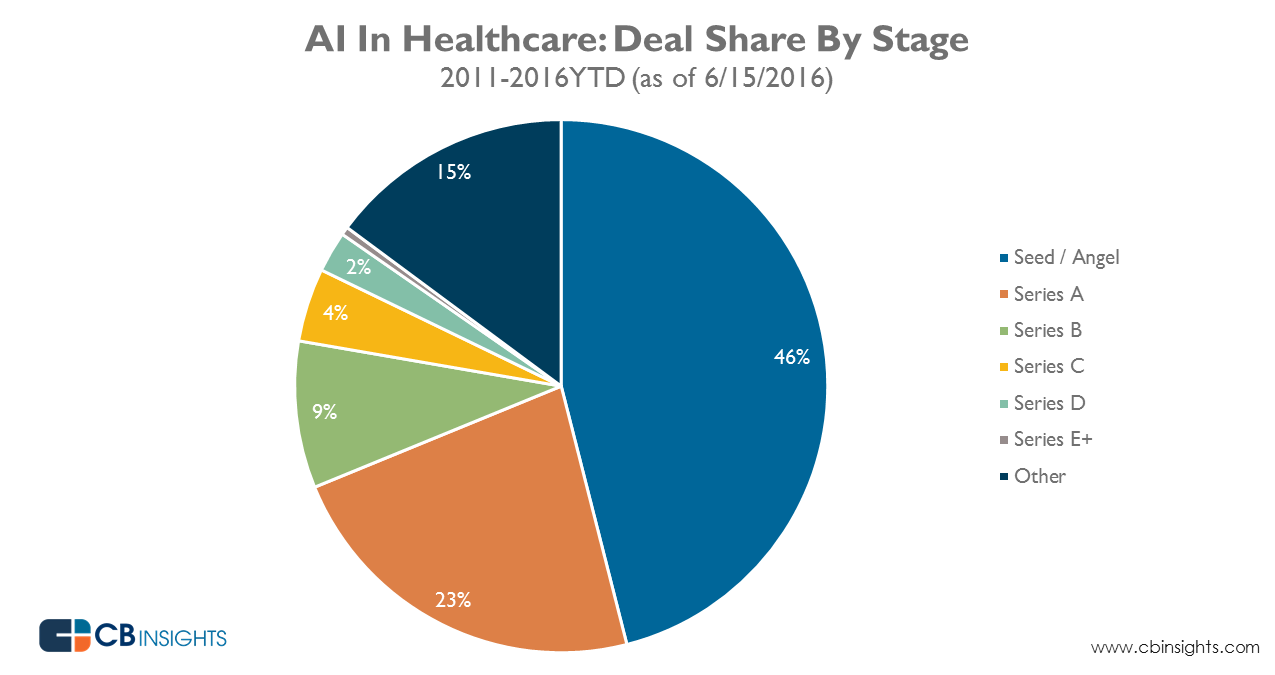 Startups raising Series A rounds received the largest share of funding, 33%. The largest Series A round was raised by China’s iCarbonX in Q2’16 ($154M), which is backed by Tencent and VCANBIO.

Mid-stage startups raising Series B and C rounds accounted for 32% of total dollar funding to the space, though mid-stage deals constituted just 13% of the total deals to the space. The previously mentioned $100M Series C round by Butterfly Network was the largest mid-stage deal on our list. 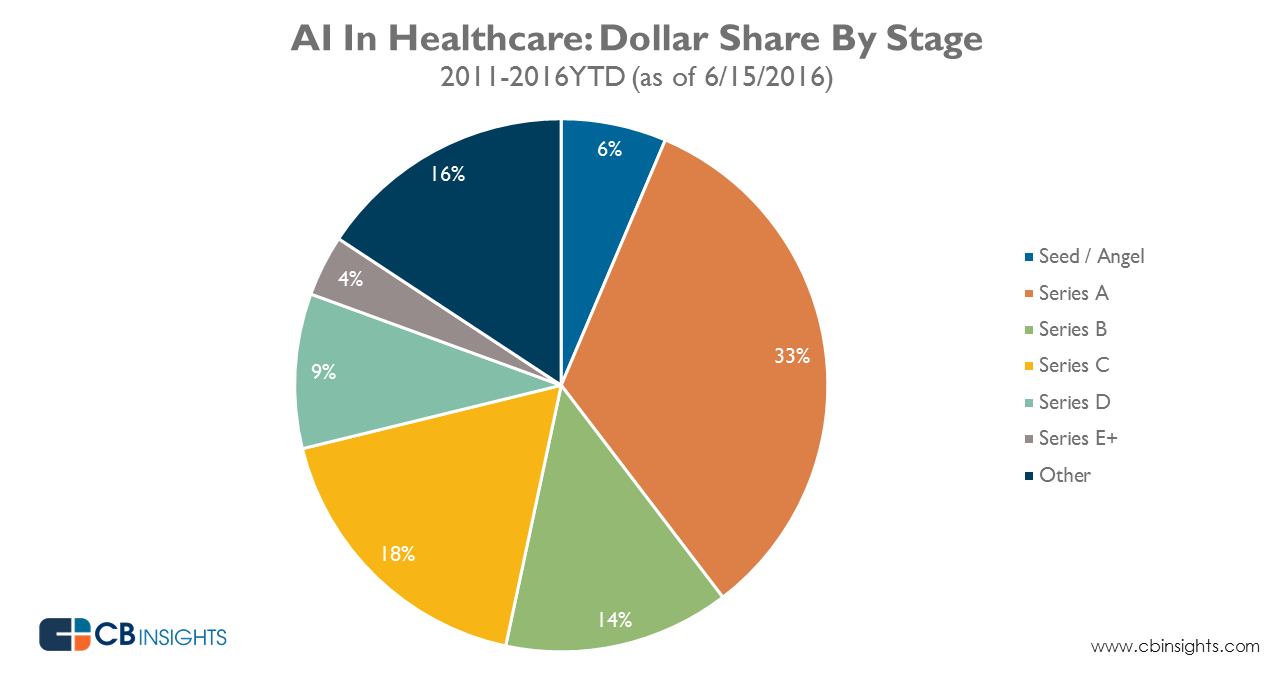 Want more data on AI startups? Login to CB Insights or sign up for free below.