One-third of startups receiving first fundings since 2015 are in imaging and diagnostics, which has seen investment from VCs including Data Collective, Khosla Ventures, and Google Ventures.

From health insurance selection to drug discovery, there’s a huge potential for artificial intelligence algorithms to solve problems in the healthcare industry. Startups, big corporations, and investors alike are tapping into these opportunities.

We tracked first fundings to AI-focused healthcare startups to gauge the volume of emerging investor-backed entrants in this space, and how the pace of these fundings varied over time.

Our analysis includes the first equity round with a disclosed amount raised by a startup, including seed/angel, Series A, convertible note, and unclassified equity rounds raised by stealth companies like Imagen Technologies. We excluded incubator/accelerator rounds that do not involve equity participation. 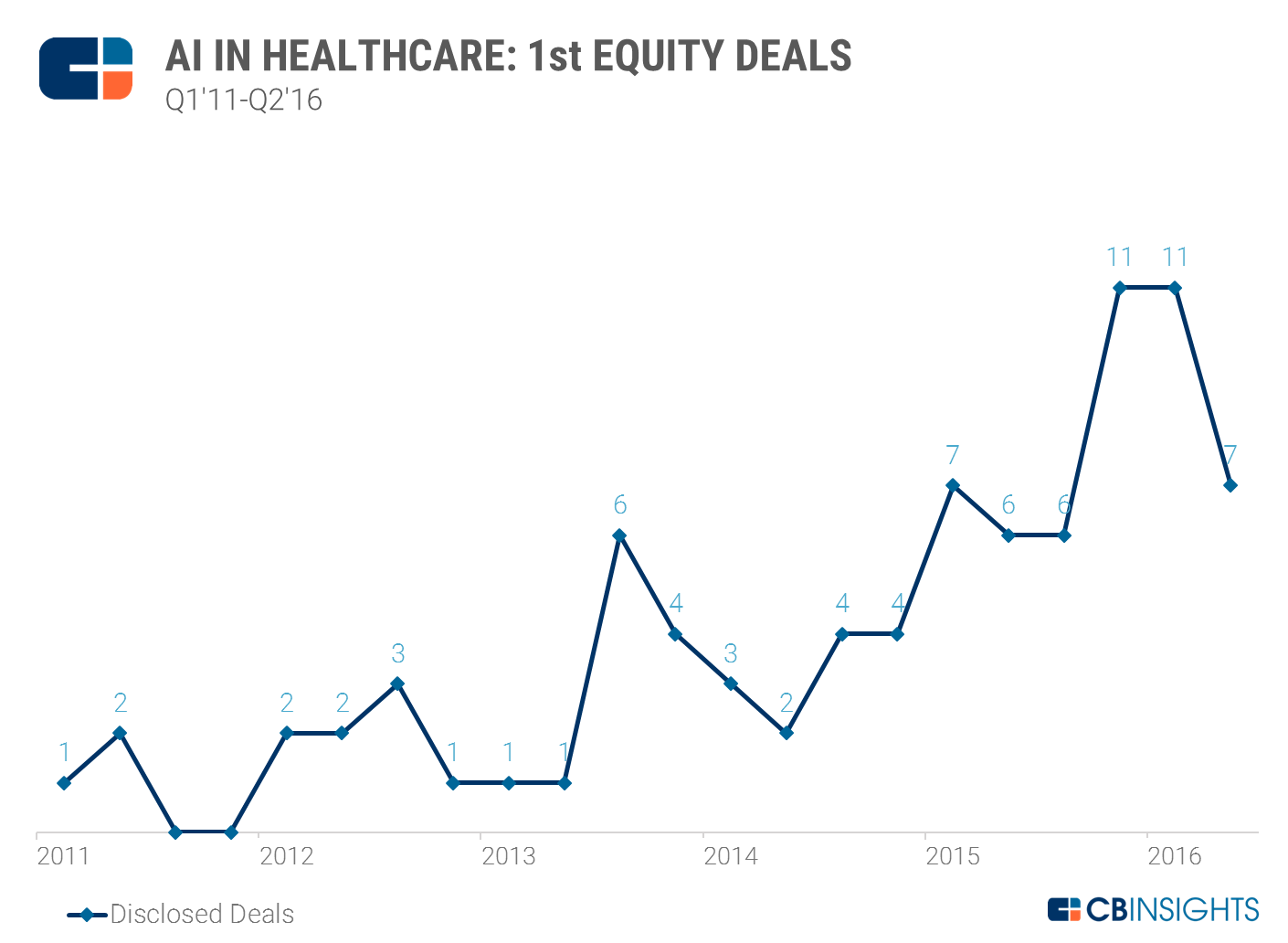 Here are some of the highlights from the deals above:

While healthcare-focused AI startups have seen significant investment over the past year and a half, they also face stiff competition from general-purpose AI companies like Ayasdi and Digital Reasoning Systems that tailor their solutions to multiple industries and have made healthcare one focus. For example, DigitalReasoning recently received funding from Hospital Corporation of America to bring its cognitive computing technology to the medical industry. 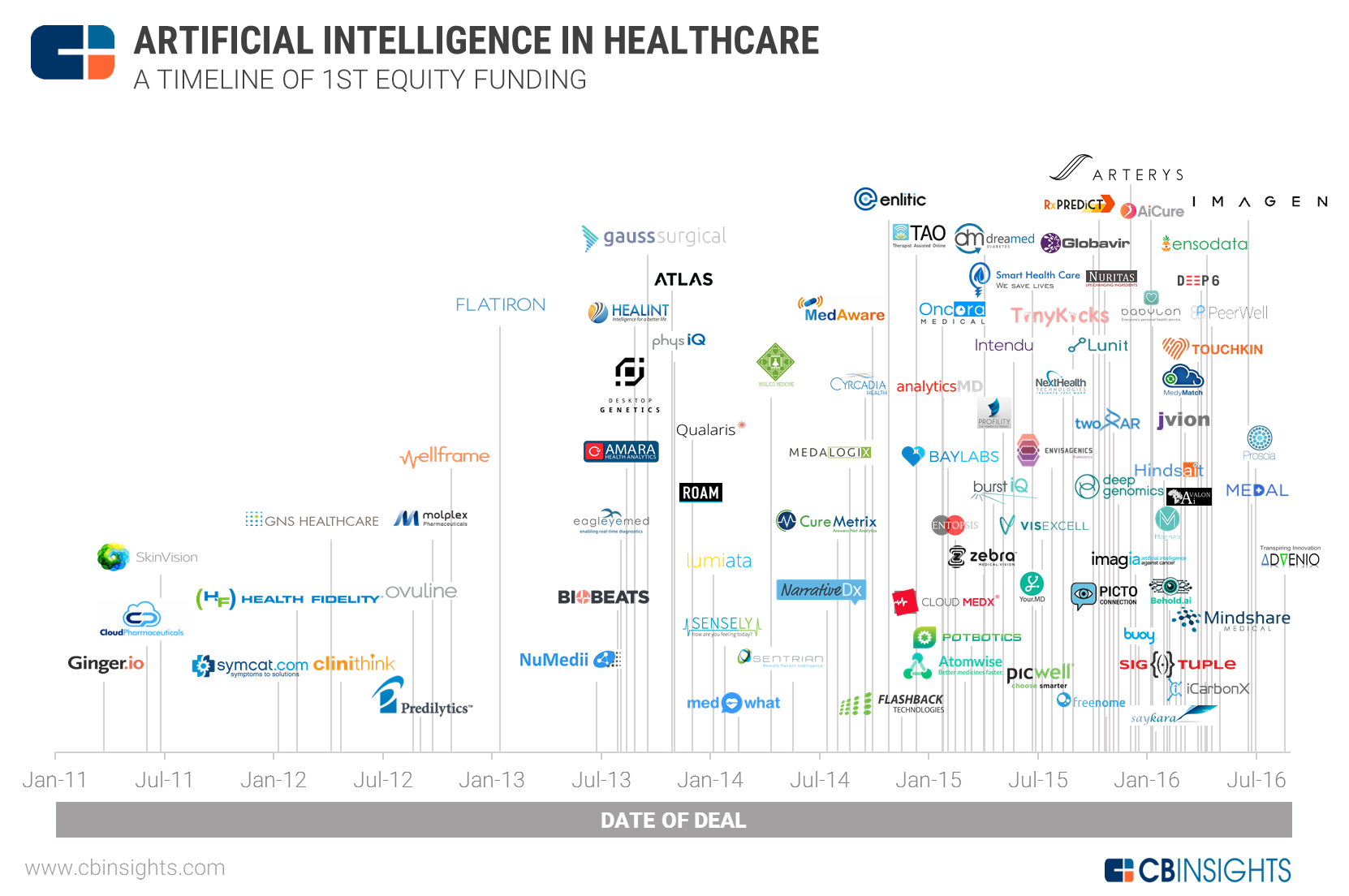 Sign up for our venture capital database below for more information on AI startups.
If you aren’t already a client, sign up for a free trial to learn more about our platform.