There have been nearly 20 deals to companies using artificial intelligence to reduce the expense and time needed to discover new drugs.

As shown in our artificial intelligence heatmap, healthcare is the hottest area of investment within AI. Investors have poured in $1.5B across nearly 190 deals into healthcare-focused AI startups in the last 5 years.

To understand where the deals are concentrated within healthcare-focused AI companies, we further drilled down to understand which categories of medical care and life sciences were seeing the most funding for AI-focused companies. 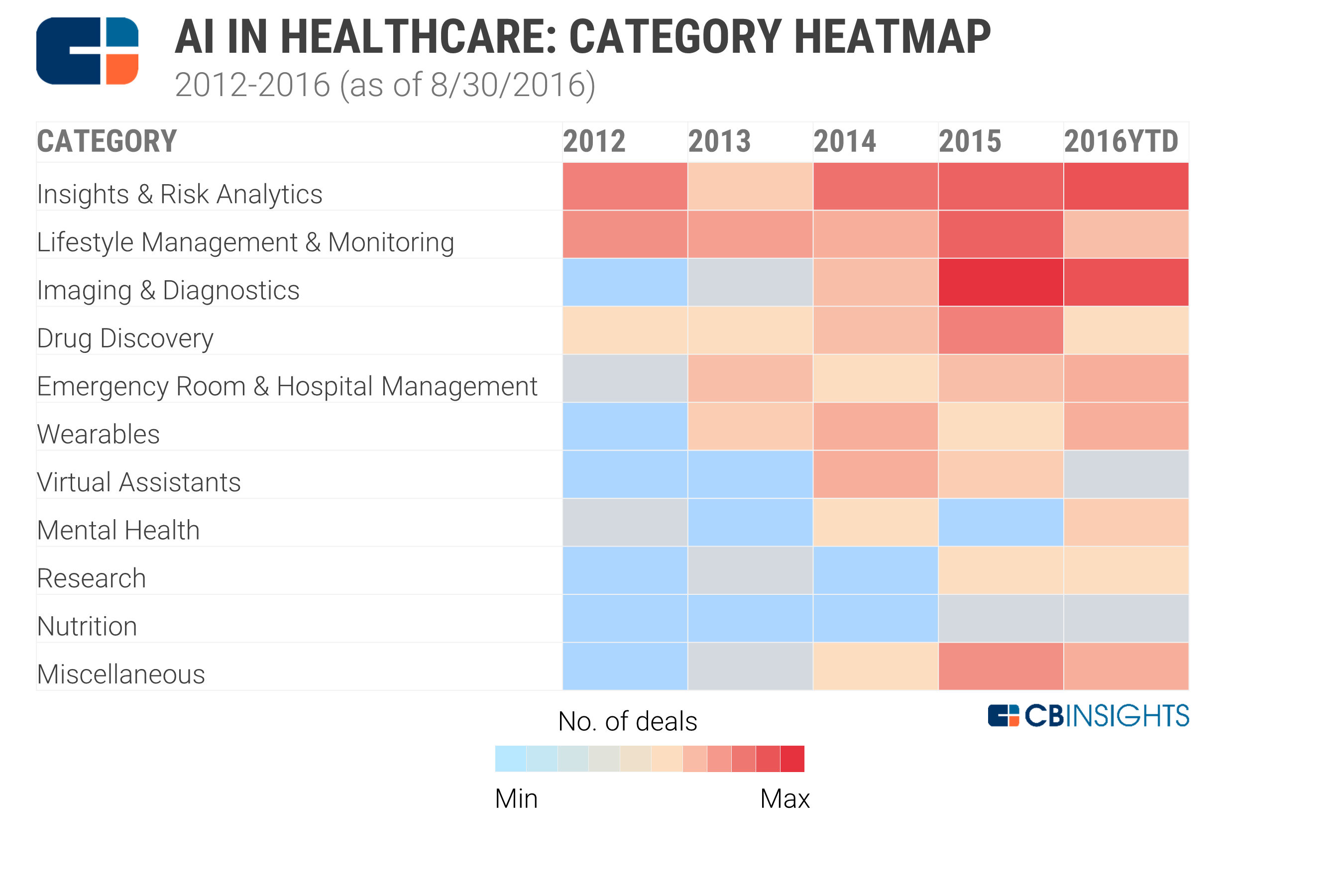 Here are a few investment highlights from each category within healthcare:

Note: the map above only includes equity funding rounds.

Sign up for our venture capital database below for more information on AI startups.
This report was created with data from CB Insights’ emerging technology insights platform, which offers clarity into emerging tech and new business strategies through tools like: If you aren’t already a client, sign up for a free trial to learn more about our platform.