Research Brief
2868
In Q1'16, there were over 140 deals to startups focused on AI. Khosla Ventures emerges as most active VC investor in the category.

Equity deals to startups in artificial intelligence — including companies applying AI solutions to verticals like healthcare, advertising, and finance as well as those developing general-purpose AI tech — increased nearly 6x, from roughly 70 in 2011 to nearly 400 in 2015.

Q1’16 saw a new peak in deal activity to the category.

Using the CB Insights database, we studied funding trends to AI-based companies, including:

So far in 2016 (as of 6/15/2016), over 200 AI-focused companies have raised nearly $1.5B in equity funding. Our analysis includes all equity funding rounds and convertible notes. 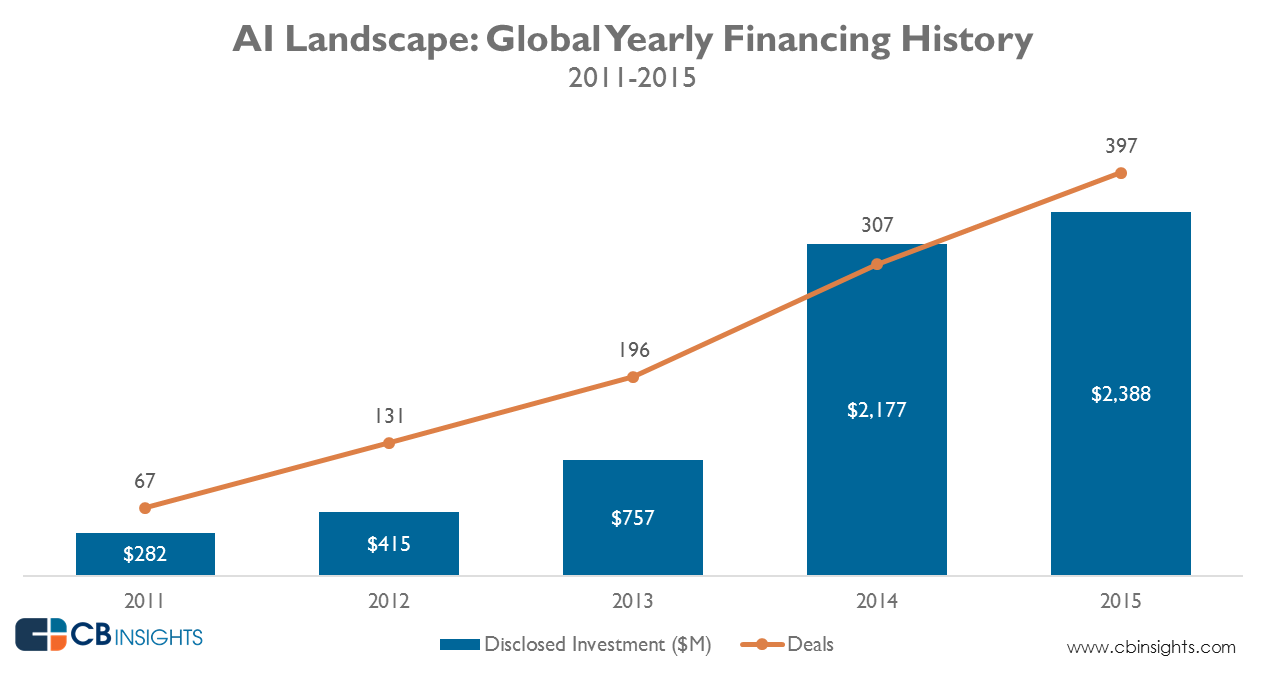 Investment in the peak quarter for funding, Q4’14, was driven by the previously mentioned mega-rounds raised by Avant, Butterfly Network, and Sentient Technologies. 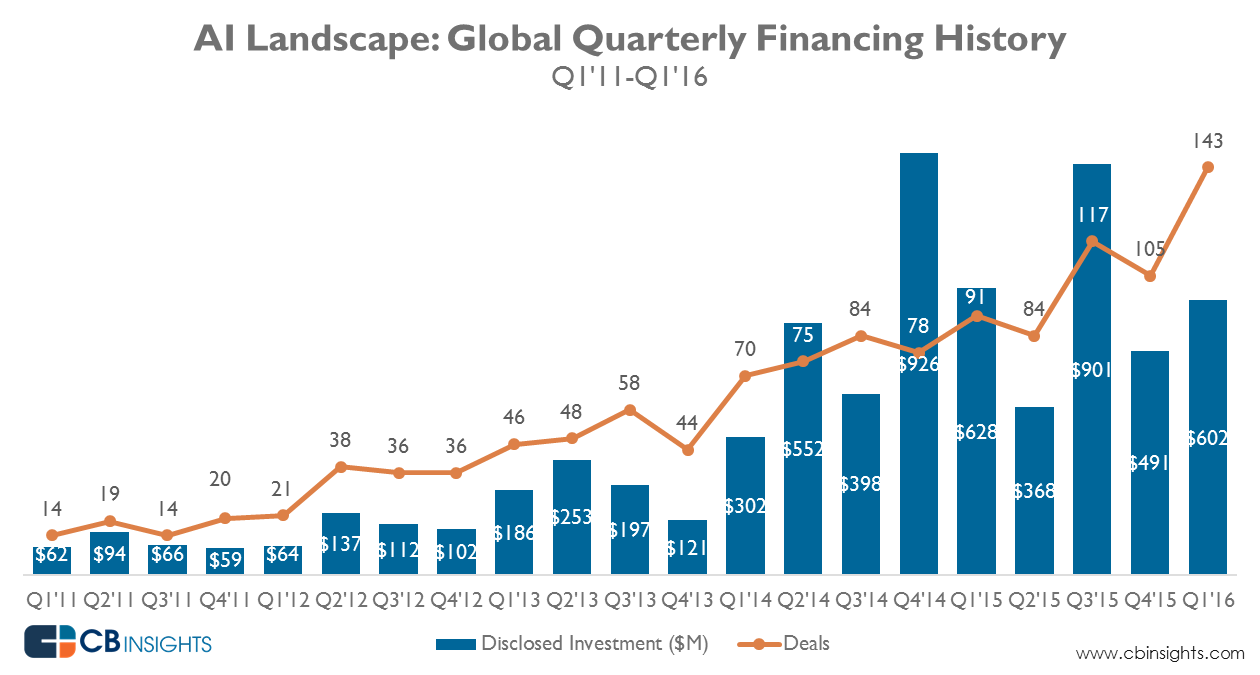 A majority of the deals, 65% or more, across the five years between 2011 and 2015, went to early-stage AI-focused startups raising seed/angel or Series A rounds. Only just over 20 companies raised Series D rounds or beyond in the last 5 years. 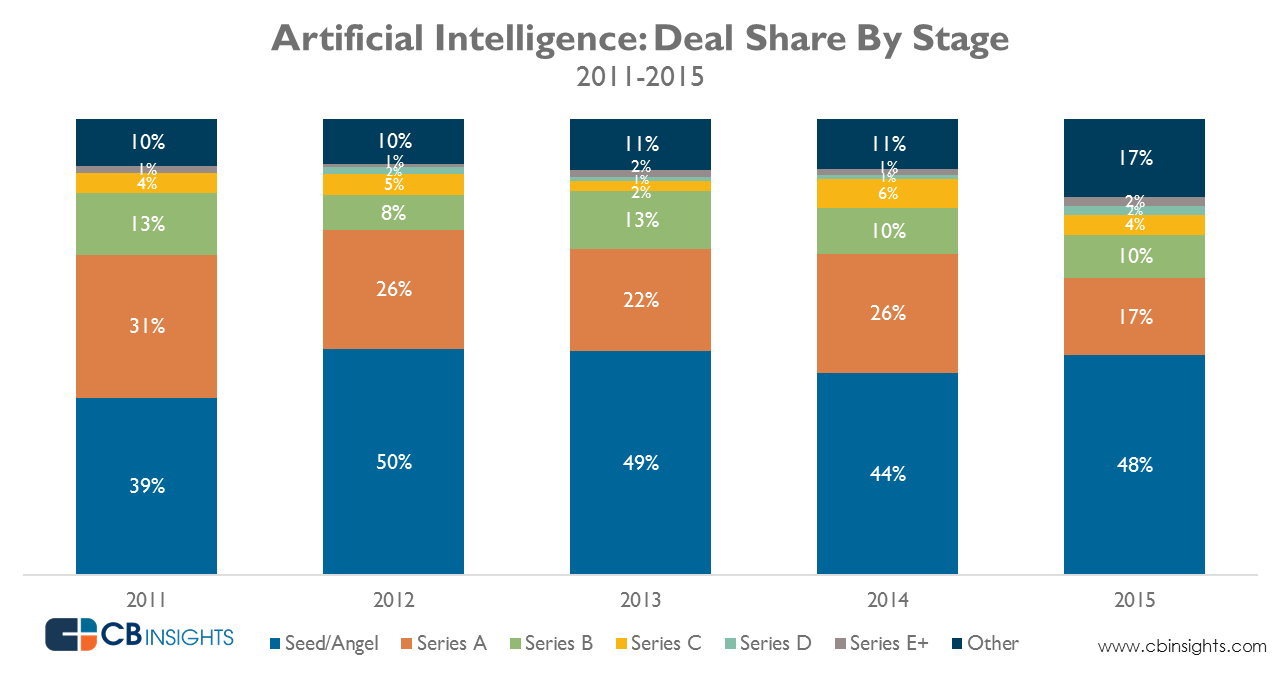 Majority of the dollar share went to early-stage startups in 2011 and 2012. Mid-stage dollar share (Series B and C rounds) dominated in later years.

Late-stage dollar share (Series E+) rose to 21% last year from less than 10% in the previous years. This was driven by two megarounds: Avant’s $325M Series E round and ad company Taboola’s $117M Series E round. 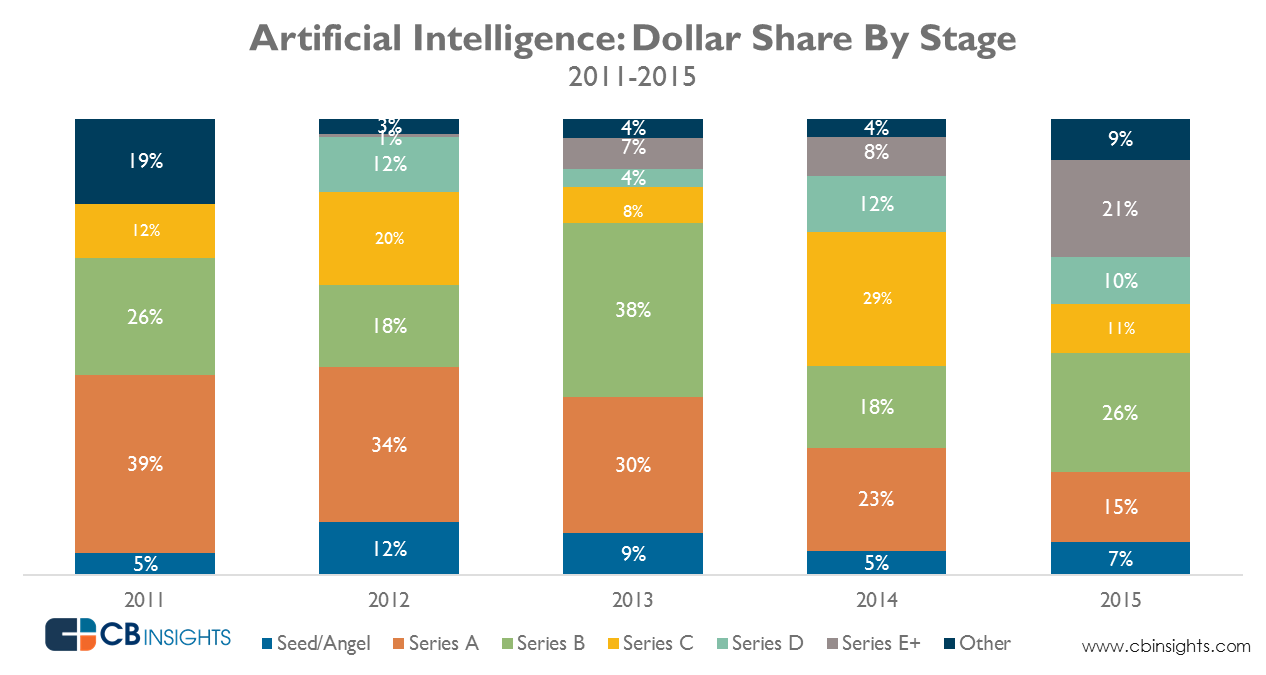 Khosla Ventures emerged as the most active VC investor in AI-based companies. The investor backed over 15 unique companies in the space, including Atomwise, MetaMind (recently acquired by Salesforce), Scaled Inference, and LiftIgniter.

The rankings below are based on unique companies invested in.