That was partly thanks to 3 $100M+ mega-rounds by companies using AI: a $154M Series A round went to China-based healthcare startup iCarbonX (with the participation of Tencent, Vcanbio), a $100M growth equity round  was raised by New Jersey-based Fractal Analytics (from Khazanah Nasional Berhad), and there was a $100M Series D round raised by California-based cybersecurity unicorn Cylance (from investors including Blackstone Group, Insight Venture Partners, and Khosla Ventures). 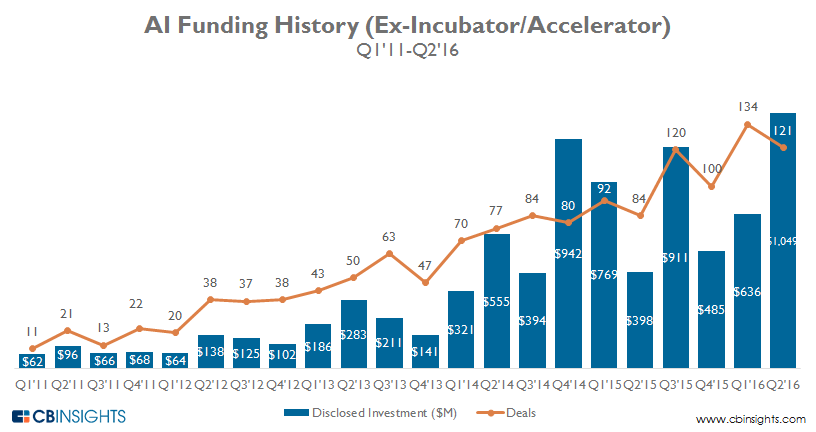 AI-focused startups in over 15 countries—including China, India, Sweden, Ukraine, France, Hong Kong, and Canada—raised equity funds last quarter. Canada and United Kingdom received 5% each of the total deals in Q2’16, followed closely by Israel and Germany. These were some of the key deals outside the US:

The chart below shows the distribution of deals outside the United States in Q2’16. 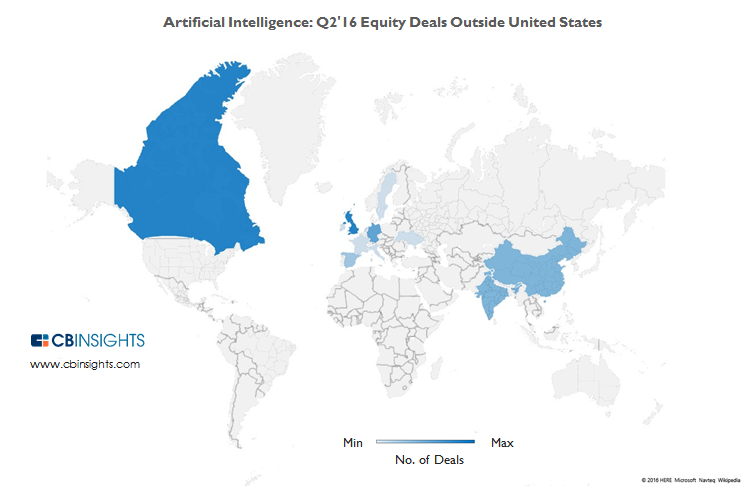 Looking over a longer timeframe, Khosla Ventures was also the most active investor overall in the last 5 years, having backed over 15 unique AI companies since 2011. Data Collective and Intel Capital tied for second-most active VC investor in AI.

The rankings below are based on unique companies invested in since Q1’11.

Want more data on AI startups? Login to CB Insights or sign up for free below.