Deals and dollars to startups using AI algorithms reached record levels in 2016. The trend is revolutionizing several industries including healthcare, business intelligence, and advertising. Particularly, startups using machine learning and natural language processing to solve problems in the financial sector have piqued investors’ interest in recent years. As we mentioned in our AI heatmap, deals to AI in the financial services area have seen an uptick since 2014.

The competition in the space is heating up as several companies focused on core AI technologies, like Sentient Technologies and Ayasdi, are bringing their products to fintech, for applications ranging from quantitative trading and sentiment analysis to threat detection and risk analytics. Just this year, over 15 companies using AI in fintech raised equity funding rounds.

The following are some of the investment highlights in this space:

A majority of the companies in the market map below, over 60%, have VC backing. 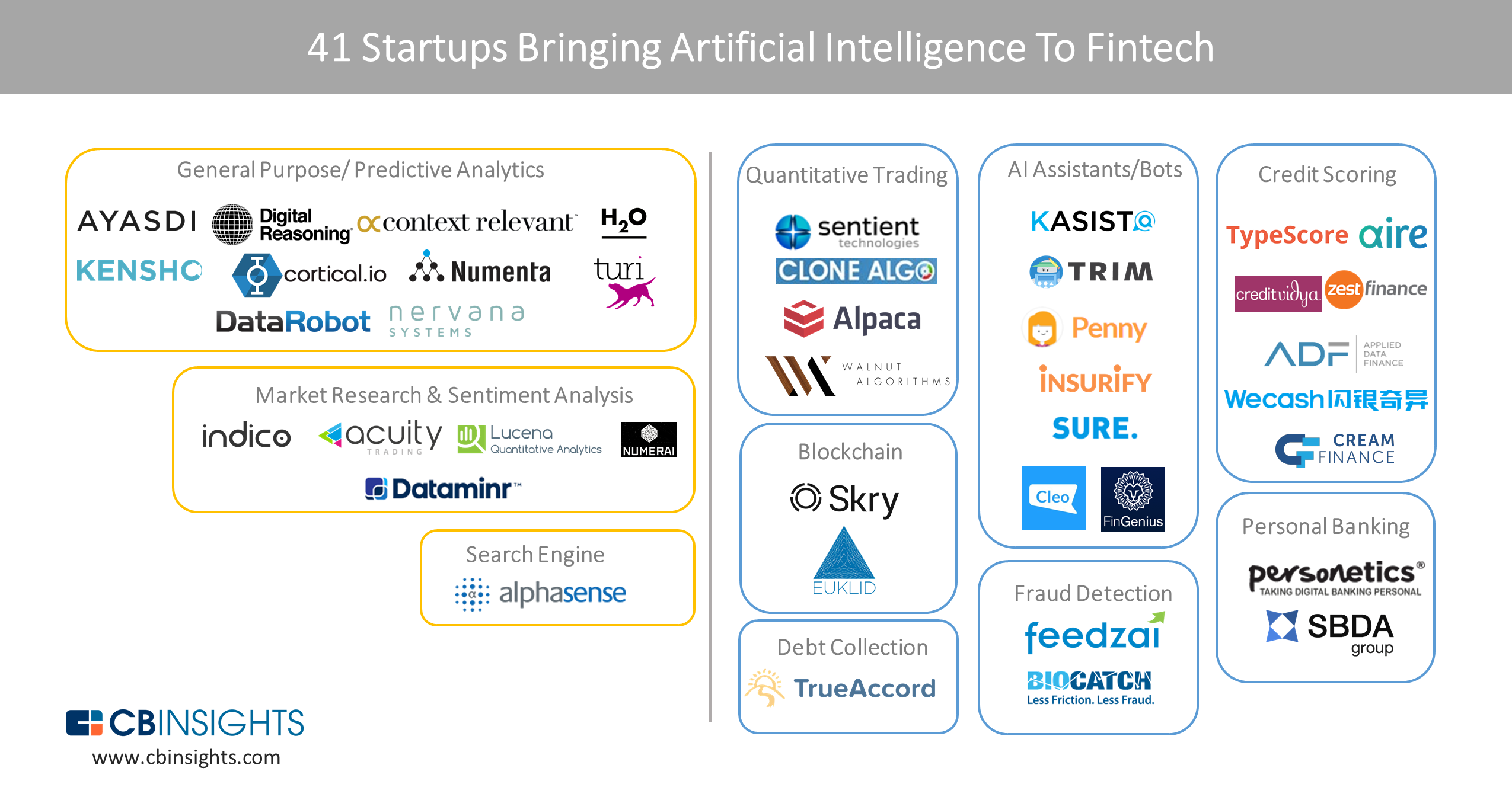 Want more data on AI startups in fintech? Login to CB Insights or sign up for free below.