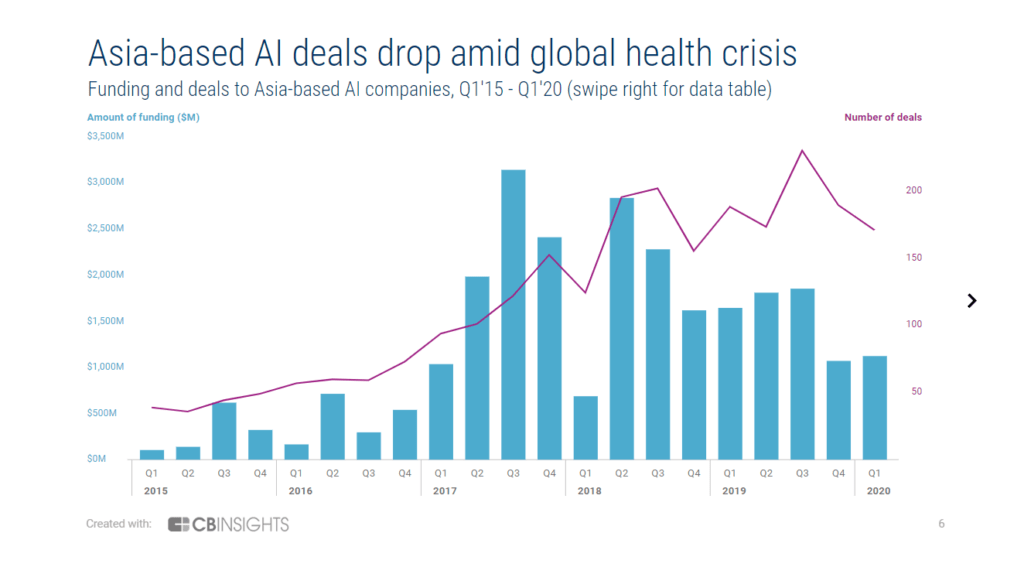 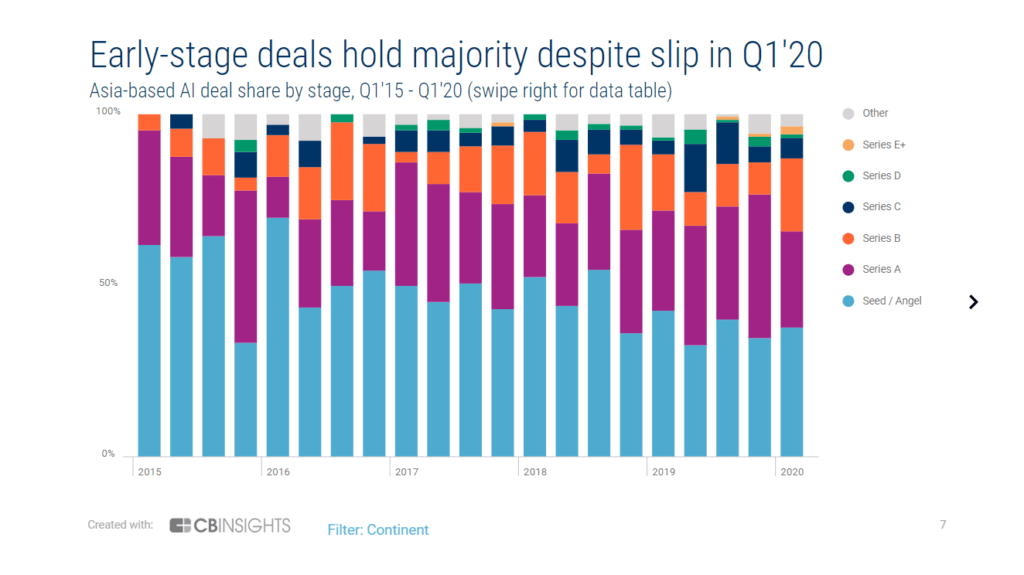 For more data and insights, clients can check out CB Insights’ Story on AI In Asia: The Impact Of Covid-19 On Funding, Exits, Valuations, And R&D.