Research Brief
2786
VR went from less than 25 to almost 100 deals in 2015, although deal activity ticked down in the first quarter of this year. Magic Leap drives funding for AR.

With the debate around AR/VR revolving around which technology will see faster diffusion and adoption, we used CB Insights data to track investment pouring into AR versus VR. 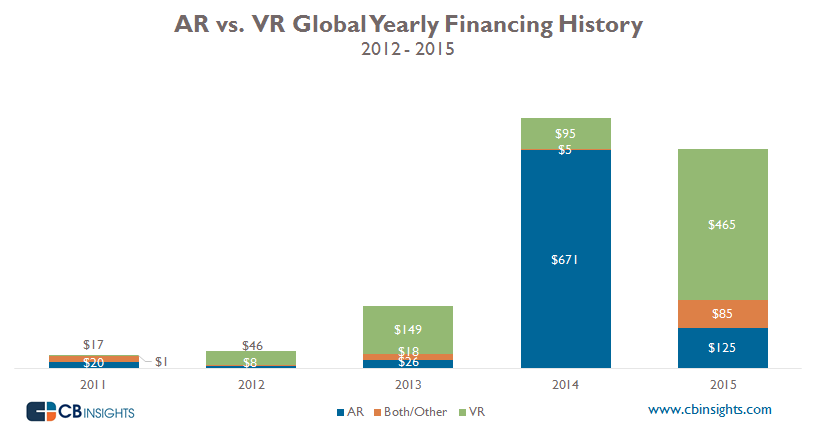 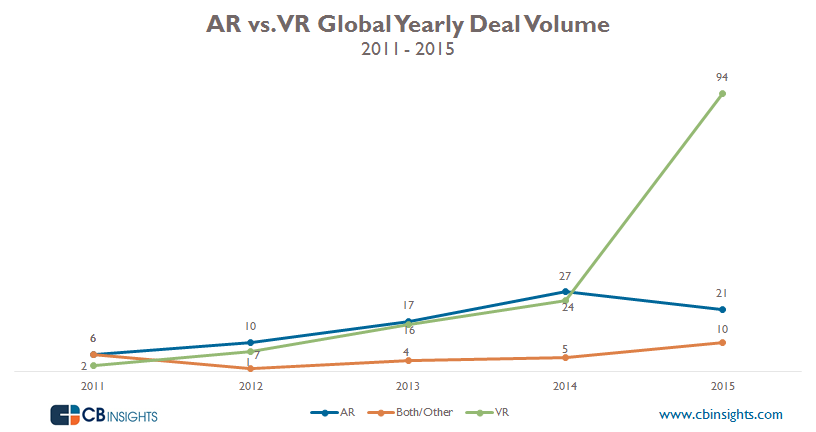 With a massive $793M Series C in Q1’16, Magic Leap‘s fundraising once again put AR funding over the top. The next-largest AR deals were a $53M Series D to Blippar and a $3M Series A to Augment. 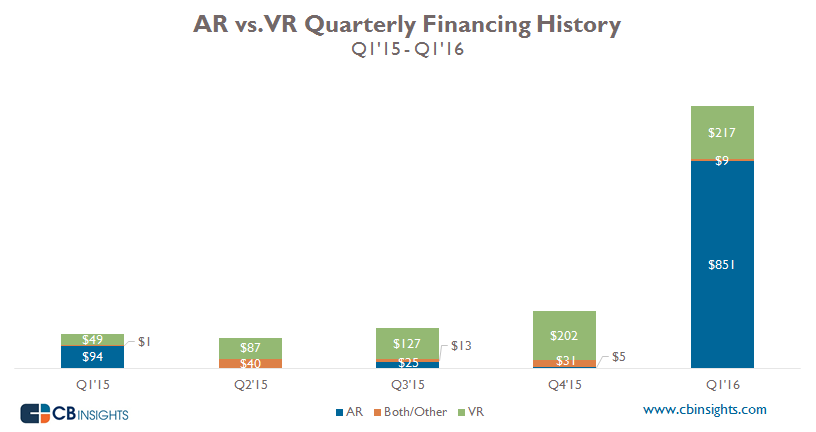 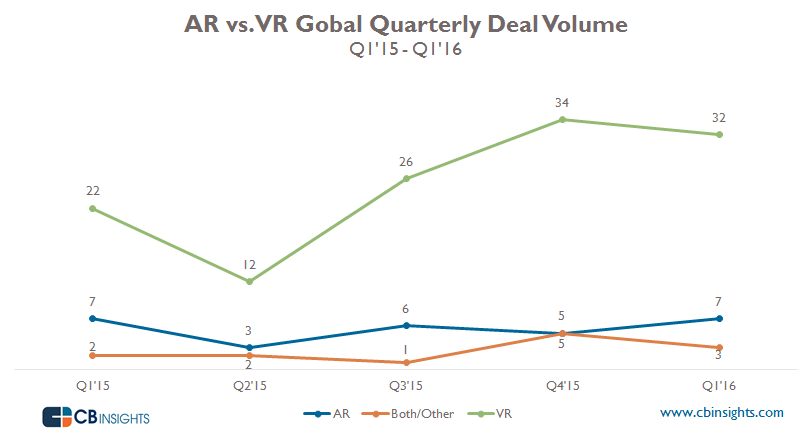