Research Brief
3798
Augmented and virtual reality startups saw a collective $1.8B invested in 2016, far and away the largest year for funding to the space.

After the surge in AR/VR deals in 2015, when investments and corporate-driven M&A in the AR/VR space exploded, full-year 2016 still easily surpassed the prior year in both deals and dollars.

The year kicked off with a blockbuster funding quarter in Q1’16, largely bolstered by Magic Leap‘s $794M Series C mega-round in February, but subsequent quarters in mid-2016 showed a pull back in investor interest. However, funding and deals to the space bounced back significantly in the final stretch of the year, pushing AR/VR deals and dollars to new annual highs. 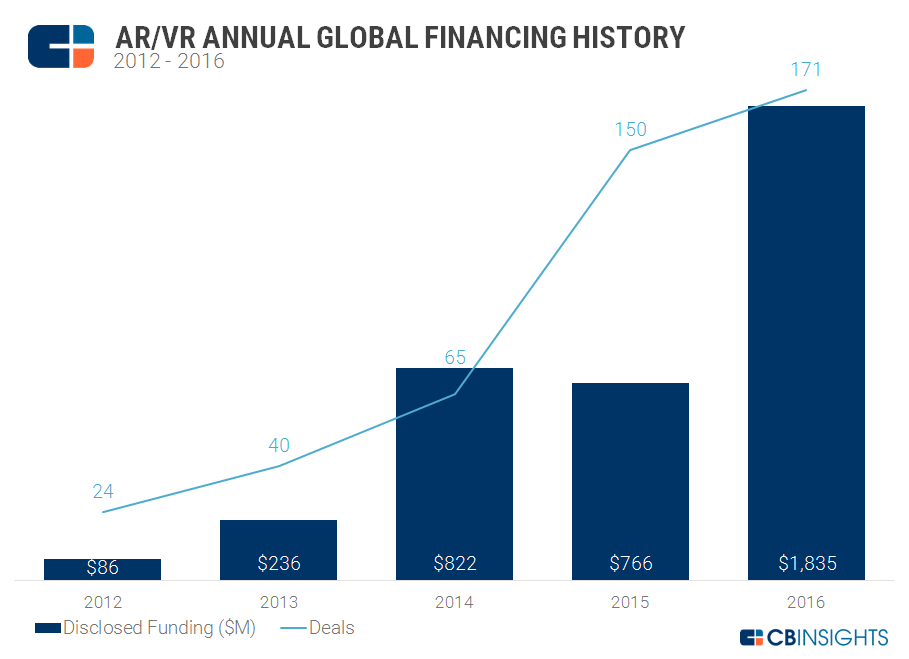 At the quarterly scale it’s more apparent that activity in AR/VR is beginning to stabilize.  Since peaking at 51 deals back in Q4’15, deal volume dropped for 2 straight quarters and held steady in the mid-40s for the second half of 2016. 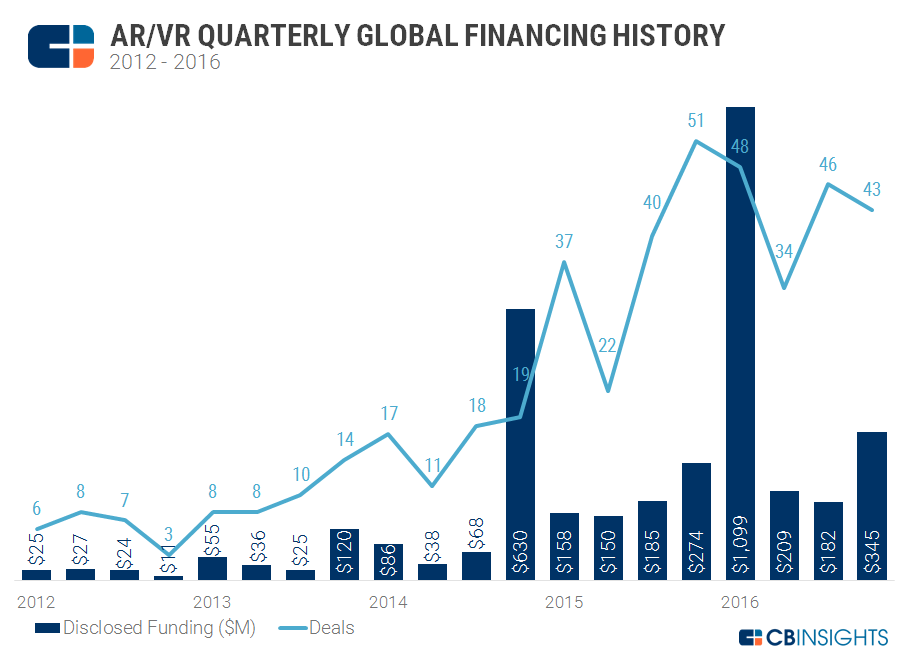