With startups that run the gamut from gaming platforms to VR-enhanced surgery tools, Israel has proven itself an important hub for AR/VR tech.

Note: This market map was made in partnership with The Government of Israel Economic Mission to the West Coast, who provided CB Insights with data on the Israeli AR/VR landscape, allowing us to provide a unique and complete view of early- to late-stage AR/VR players within Israel. This is an example of the data network effects we’ve previously spoken of.

The Government of Israel Economic Mission to the West Coast is an organization responsible for enhancing bi-national trade relations between the West Coast and Israeli business communities. By connecting companies with strategic partners, facilitating R&D collaboration, generating business leads and helping companies who are looking to raise capital, the organization promotes economic growth for Israel and the United States.

Special thanks to Ethan Goldspiel of The Israel Economic Mission to the West Coast for helping us make this happen.

Recently, Israel has become a hotbed for augmented and virtual reality (AR/VR) technologies. Historically, the Israeli Air Force has been an active developer of head mounted display (HMD) vision technologies, and Apple is rumored to have 1,000 engineers in Israel working on an AR headset. Big exits in the computer vision field (such as Mobileye) further lend the small country significant credibility in the space.

We’ve previously detailed the full stack of companies working in AR/VR, but with such a concentrated regional scene, we decided to look specifically at AR/VR companies based in Israel.

See below for the full market map. 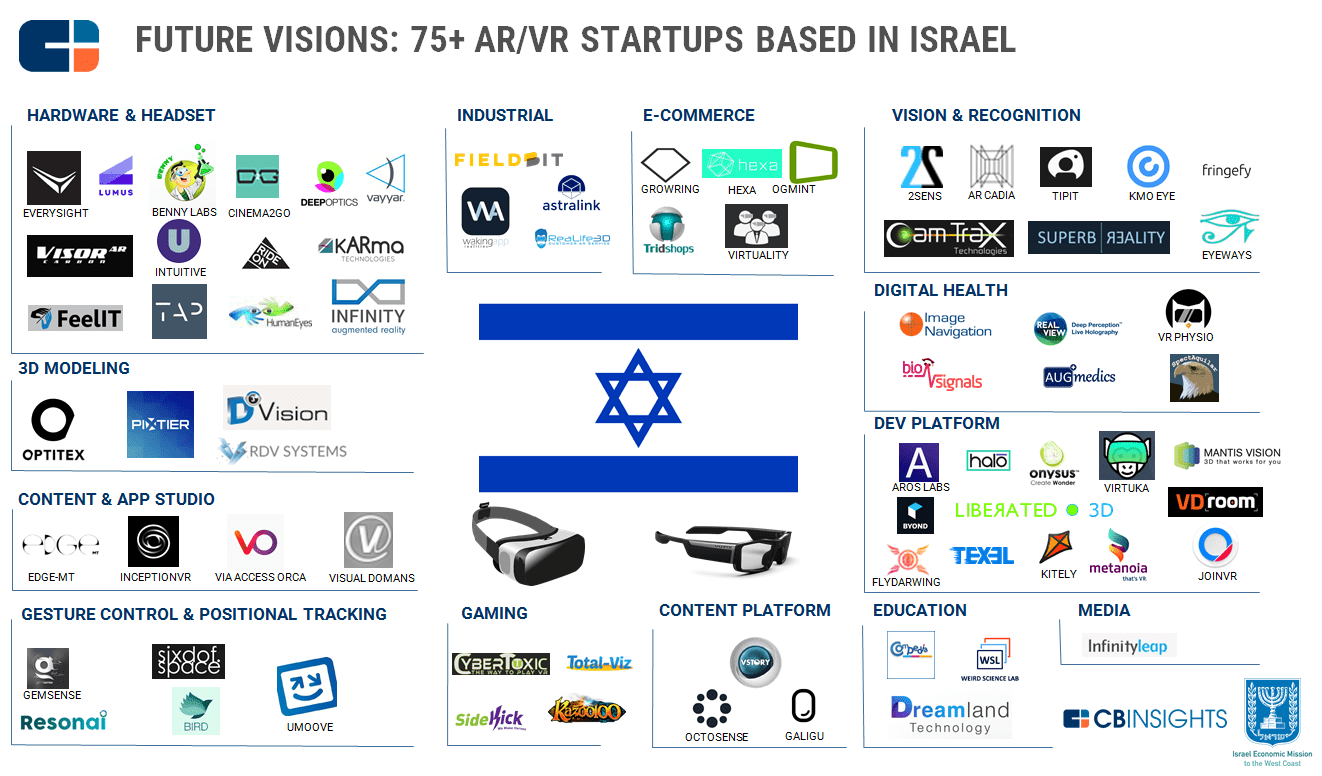