Drawing in a combined $2B in funding across 199 deals last year, augmented and virtual reality hype has been on an uptick. And the fervor has continued into 2017, with deals to the space exploding by 60% in Q1’17. Previously, we’ve mapped the AR/VR startup landscape, categorizing over 100 startups by where they sit in the full tech stack.

But which area — AR or VR — is driving more investment?

Using CB Insights data, we looked at a breakdown of investment trends between AR and VR, along with startups serving both areas.

In terms of deal volume, VR has long been the leading category. The last two years have had roughly the same deal ratio: VR is the largest segment, followed by the “Both” category, and then AR with about one-quarter as many deals as VR. So far in 2017, however, AR deals have gained some traction and are accounting for 42% as many deals as VR. In total, VR has seen 52% of deals this year whereas AR has accounted for about 22%.

Another notable trend is that the both category has risen to prominence. Between 2013-2014 it was the smallest deal category, but as the industry has begun to mature, technology that offers both AR and VR applications has risen to outpace AR-only deals. 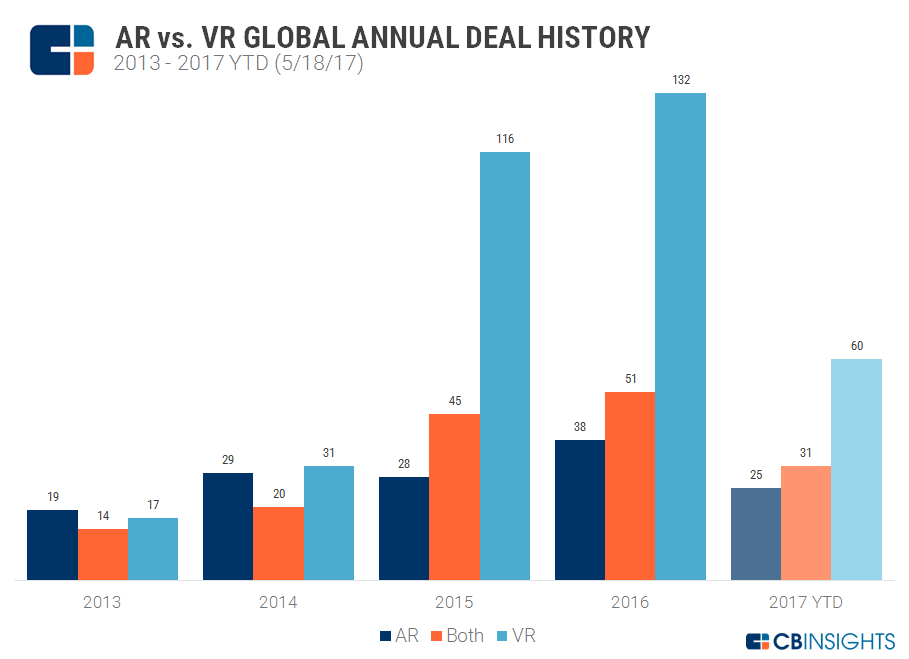 The major spikes in funding in specific categories are often the result of large single rounds, and mega-deals have become increasingly common as the area develops. AR headset maker Magic Leap, whose $794M and $542M mega-rounds have towered over other deals, is largely responsible for the booms in AR funding in 2014 and 2016. (The company is now said to be raising at a valuation between $6B and $8B.)

Similarly, VR simulation engine maker Improbable recently raised a $502M Series B round that ranks it as the third-largest deal in AR/VR history. The massive deal has buoyed the VR category in 2017, where it currently towers far above the combined category and AR-only. 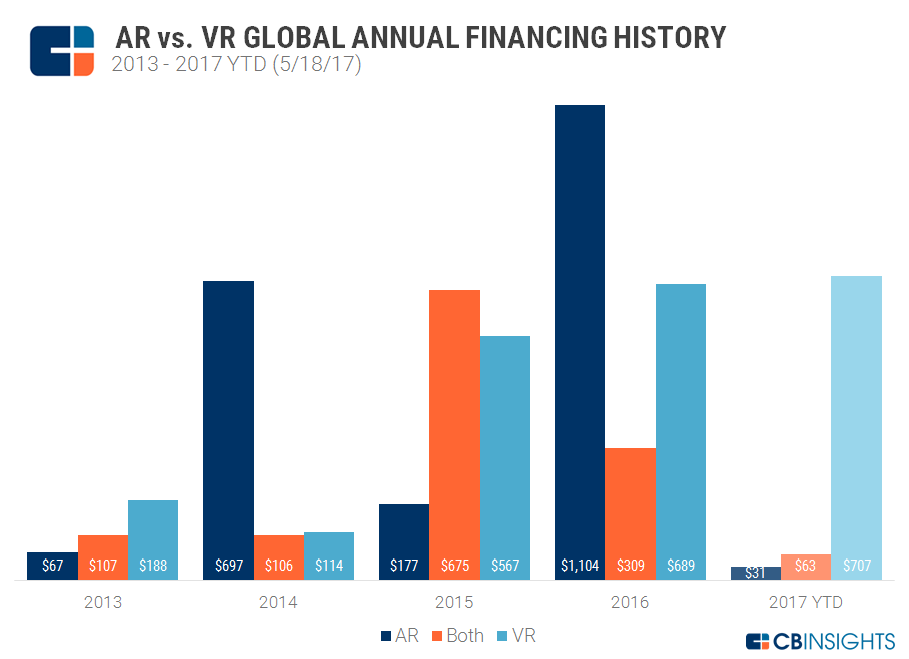