Augmented and virtual reality technology startups have begun to catch the eye of incumbent media businesses, such as companies in media and film production.

With the public increasingly exposed to now-available consumer VR headsets like the Oculus Rift and HTC Vive, investment has poured into the category, with $1.1B in funding to startups in this space in Q1’16, across 41 deals. 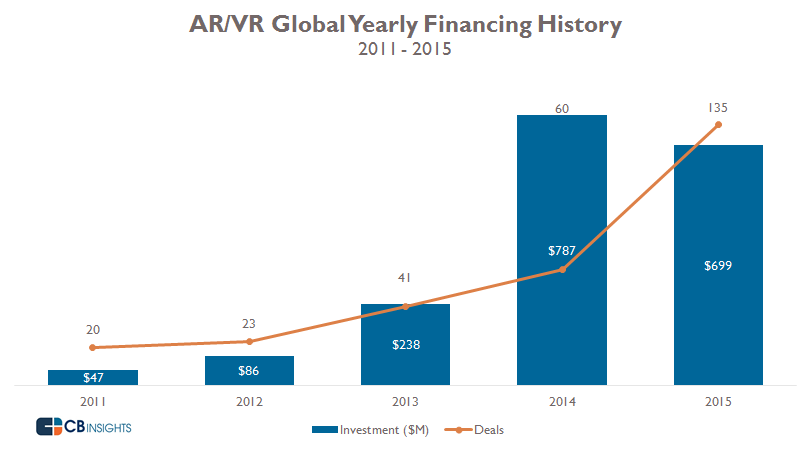 Taking a look at the quarterly trends highlights the large mark Magic Leap leaves on the overall industry: the two largest quarters for funding, including Q1’16, were bolstered by mega-rounds to the stealthy Florida-based AR company. Magic Leap‘s latest Series C fundraising in February was for a massive $793M, which brings its total funding to nearly $1.4B.

With the mega-round considered in the tally, overall funding in Q1’16 saw 347% growth quarter-over-quarter, with deals falling from 46 to 41. 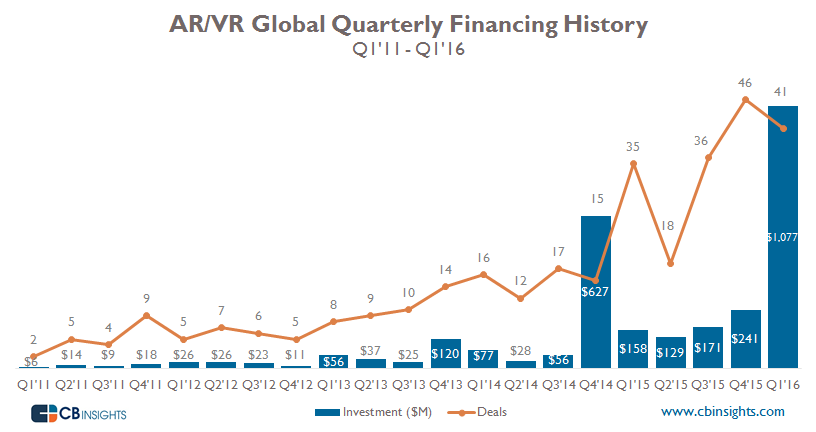