April saw over $1.1B in funding, going to early-stage startups across over 400 deals. The report below details early stage (angel – Series A) technology financings and some of the hottest early-stage tech companies based off of social media, news, and web traffic momentum that were funded in April 2015.

Early-stage Tech investment activity fell off March’s highs, as startups raised $1.18B across 419 early-stage deals in April.  It’s clear that $1 billion is the new normal for early-stage funding. 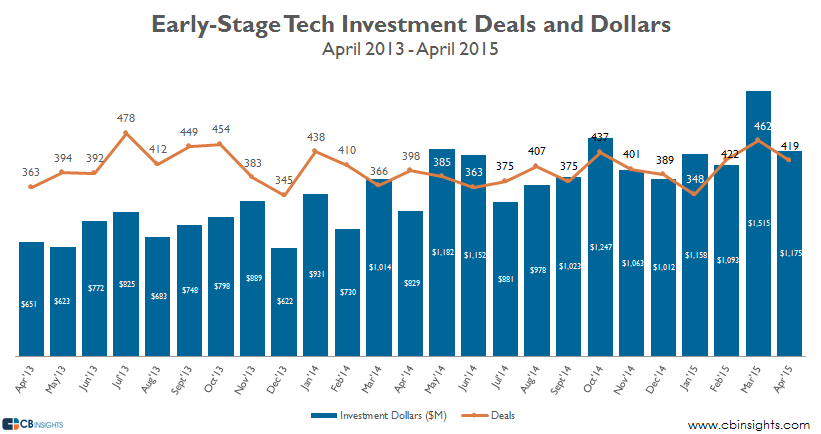 The median round size across all early-stage Tech deals bounced back to $1.7M after March saw its lowest figure since February 2014. 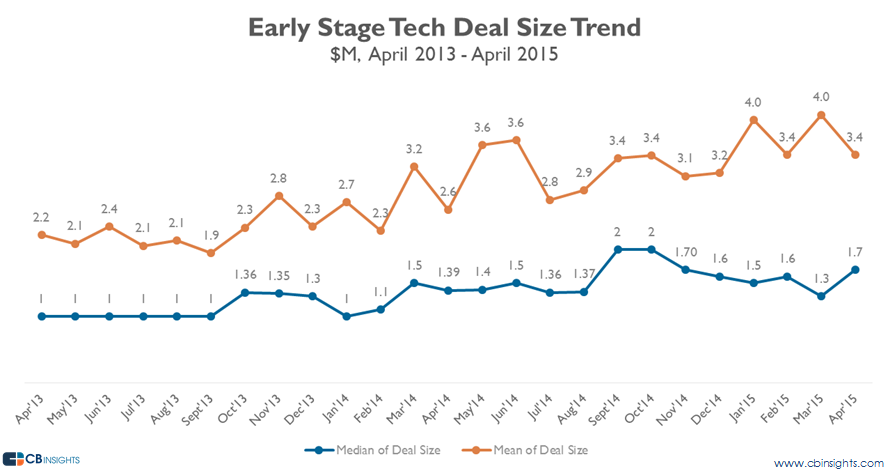 ANGEL BACK DOWN TO EARTH IN APRIL

After mean and median deal sizes popped in March, Angel rounds fell to $1.15M on average, and $0.70M on a median basis. Median angel round sizes have now fallen below $1M in 3 of the past 4 months. 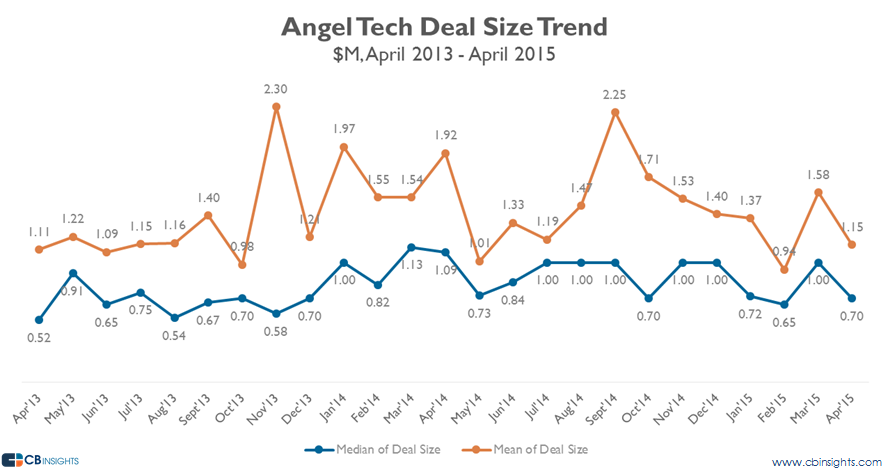 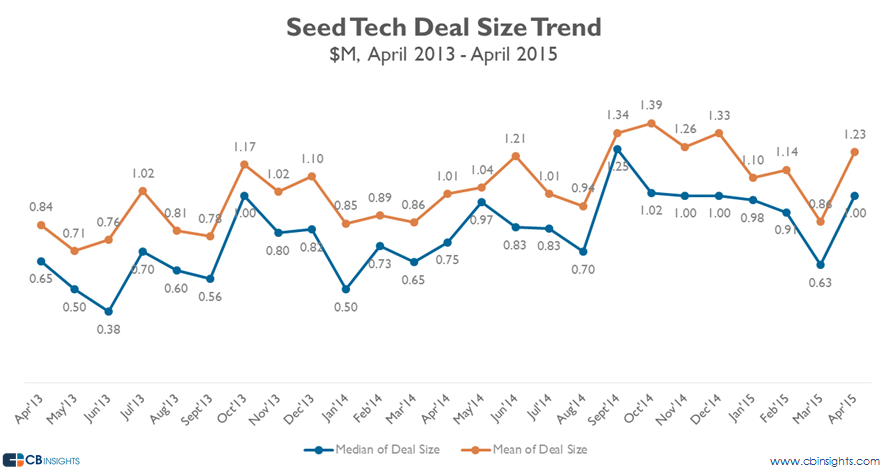 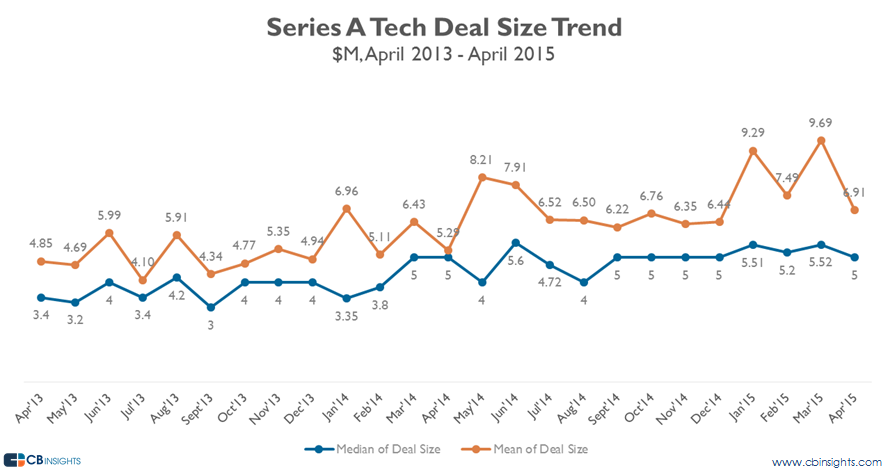 Internet startups made up 68% of all early-stage tech investments in April. This was the fourth straight month that Internet deal share has topped 60%. Mobile startups fell slightly month over month, taking 25% of all deals versus 28% in March.

Internet startups captured 68% of all funding in April 2015, their second highest funding share in 16 months. Mobile fell to just 22% funding share, while all other sectors remained range-bound.

Vlocity, a CRM company founded by Veeva Systems’ founders was the largest US early-stage Tech deal in April, raising $42.8M from Salesforce Ventures and Accenture. MX and Patch of Land rounded out the top 3, as the top 10 deals cumulatively raised $213.7M in April.

500 STARTUPS IS MOST ACTIVE VC IN APRIL

500 Startups was the most active early-stage Tech VC in April, with investments in PlateJoy, Shots, and Eaze Solutions, among others. Foundry Group and SAIF Partners rounded out the top 3.

Supply Chain & Logistics startups saw the largest deal growth of tech sub-industries in March 2015 vs. the same month a year prior. Alternatively, mobile Travel saw the largest decline, as the sole deal done was a $2M seed investment to Paris-based misterbnb. 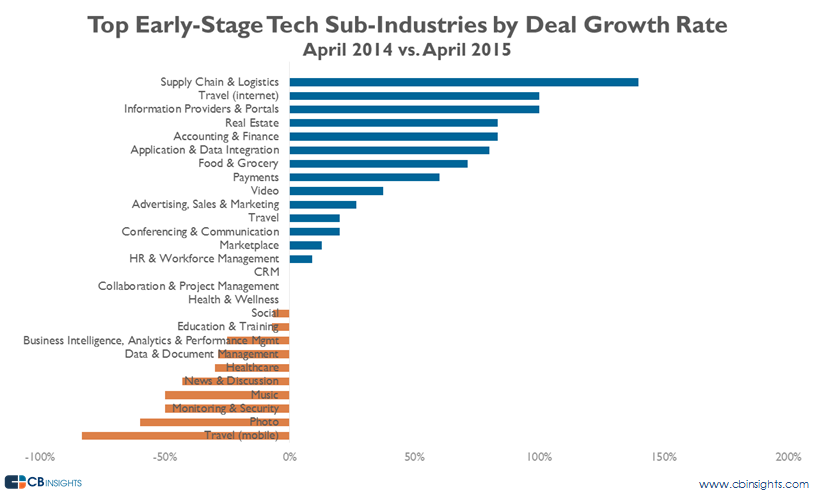 We tracked overall news mentions as well as web traffic metrics (pageviews, reach, rank) and Twitter mention growth for early-stage tech companies that received financing in April 2015. Below are the 4-20 ranked companies in each metric. The full top 20 is available to CB Insights customers on the Research tab.

Want more early-stage tech financing data? Login to CB Insights or sign up for free below.