The new patent shows Apple devices wirelessly charging when stacked on top of each other.

From headphone jacks to charging cords, Apple continues to tweak core aspects of its products. We analyzed its patents in augmented reality, artificial intelligence, and facial recognition last year.

Apple has also forayed into wireless charging technology. On July 26th, 2018, the US Patent & Trademarks Office granted Apple a patent for “Inductive Charging Between Electronic Devices.”

In the patent, Apple envisions charging its devices by physically stacking them on top of each other and matching up charging points. Charging points can toggle between sending power and receiving power. 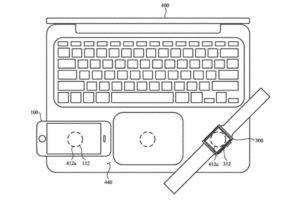 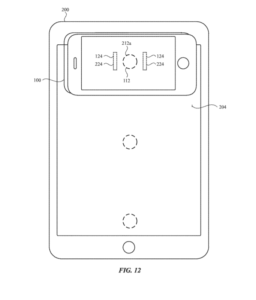 The patent illustrates the charging points on each device. For example, on the MacBook, there are three charging points below the keyboard: one on the touch pad and two surrounding it. There are also charging points underneath the laptop lid, which would allow devices to continue charging even when a laptop is closed.

The images in the filing show five different devices with these charging points: a phone, a tablet, a watch, a laptop, and a phone cover.

Ideally, with this setup, only a single device — a MacBook or an iPad, for example — will need to be charged in order to provide power to other devices.

Apple far and away files the most patent applications for inductive charging. Since 2013, the company has filed for 20 patents that involve the technology.