Apple's 'finger devices' patent application could signal a solution to various consumer tech challenges. One is the need for a non-obtrusive device that would help users manipulate and interact with objects in the real world. Another is the need to broaden AR/VR experiences beyond the visual.

A new patent application filed by Apple on Jan. 23, 2020 puts a new spin on wearable computing. The patent imagines a series of “finger devices,” drawn as being no larger than a band aid or a fingernail, which would be full of sensors. These sensors — including those detecting optical, electric, and pressure signals — could provide input and output information to help the user navigate the world in AR or VR. 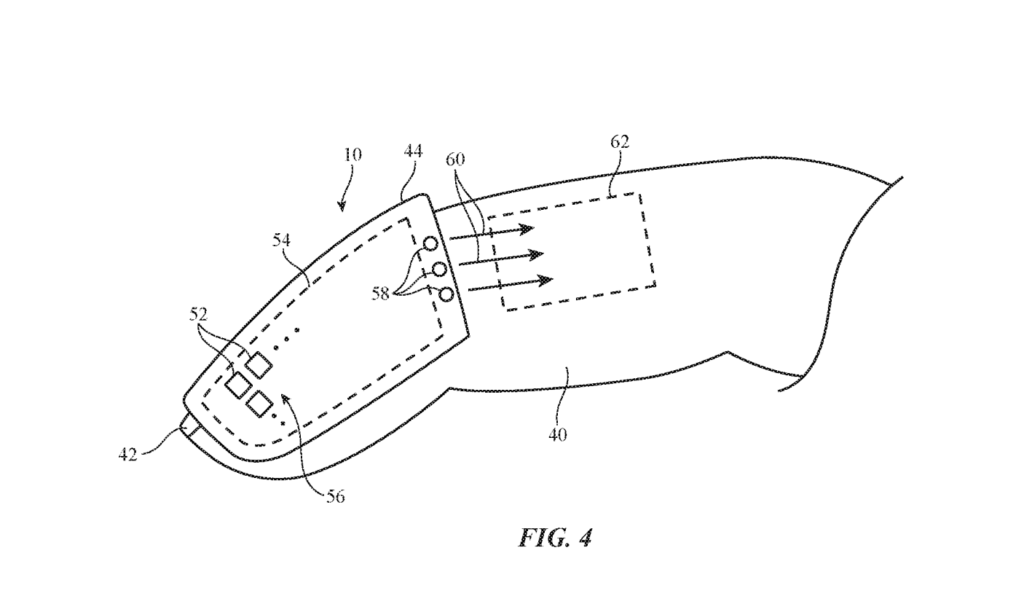 They could also help users of consumer tech devices interact with devices more seamlessly. For example, a finger device might allow the user of a smart speaker to select a volume setting from a virtual dial — using only a casual finger gesture — without needing a relatively obtrusive wearable (like a smartwatch) or reaching for a phone. 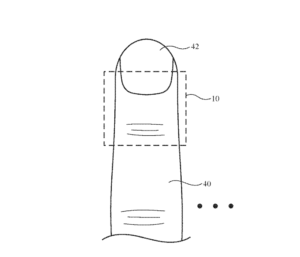 How would it work? The patent describes a device that would track a finger’s movements and muscle contractions, allowing someone to manipulate and rotate objects in AR or VR environments (or virtual menus and interfaces). In turn, the device would be able to provide stimuli to the finger in the form of “haptic output.” In other words, the device would vibrate or press against or push against the finger in a way that would simulate contact with the object or physical environment.

The patent application has some 20 pages in which it lists different variations on the device’s shape, as well as different sensor configurations, and how it might interface with other connected devices.

A non-obtrusive remote control for other devices

In one illustration, a media device that looks quite a bit like an Apple HomePod smart speaker appears to be controlled by a user manipulating a virtual panel while wearing a finger device (see below). The patent states that a user could use the finger device to interact with the “computer-generated visual content.” 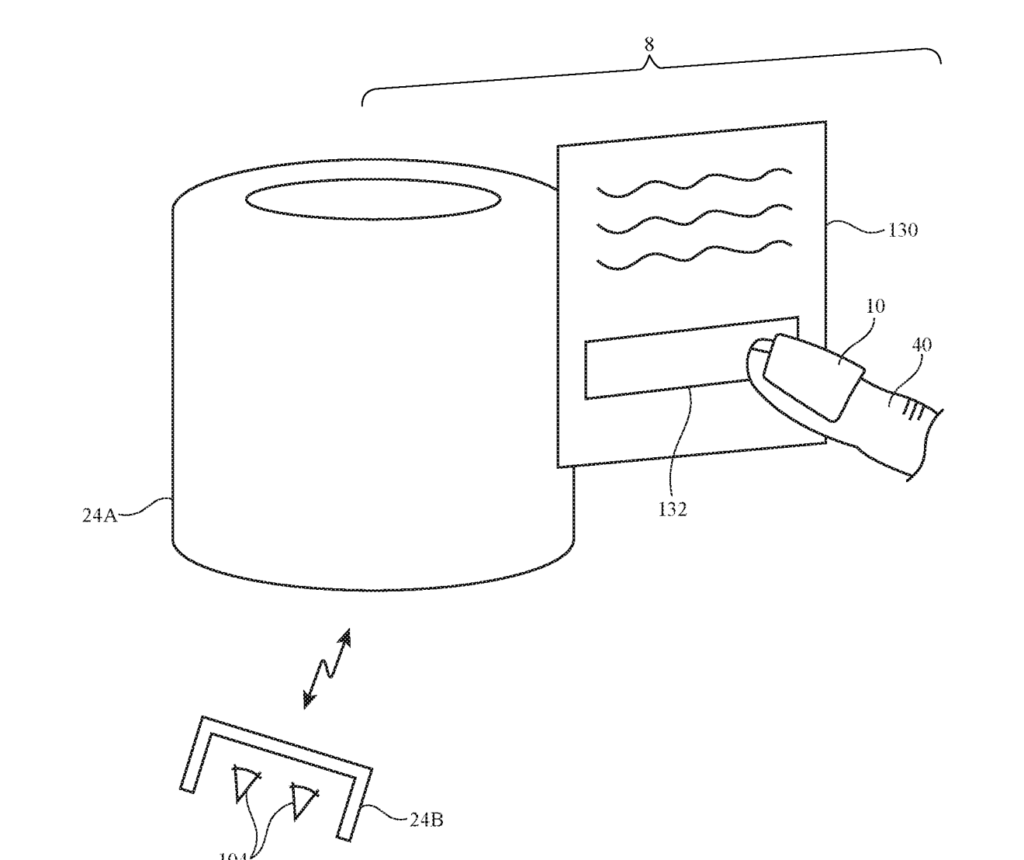 In another, a smart pencil is associated with the finger devices. Another part of the patent application mentions the finger devices’ integration with a head-mounted device (many tech observers are anticipating augmented reality glasses from Apple in late 2020 or next year).

It’s clear from the patent application that the finger devices aren’t intended solely to mediate self-contained experiences but also to enable interaction with other connected objects and devices.

While other patents have explored the use of fingers and virtual interfaces and feedback systems, this patent appears the first to contemplate the finger as the seat of a full-fledged computing device — containing a full battery of sensors, input and output systems, and the capacity to interact with other devices in different categories.

Why the finger? Why Apple?

This makes sense for Apple. The company has made a vocal bet on devices like the AirPods, which exploit Apple’s custom-made chips built to process data and information locally rather than transit them to the cloud. This computing model is ideal for a device, which like AirPods (or finger devices), meant to offer the user immediate control and feedback, without any latency.

Finally, the fingertip is a bold bet and intuitively a valuable location for a wearable. We tap, type, grip, and swipe with our fingertips hundreds of not thousands of times a day.