Despite some enmity between the firms, Benchmark and A16Z share a small select group of common portfolio companies.

“We were always the anti-Benchmark,” Horowitz told me. “Our design was to not do what they did.” Horowitz is still mad that one Benchmark partner asked him, in front of his co-founders, “When are you going to get a real C.E.O.?” And that Benchmark’s best-known V.C., the six-feet-eight Bill Gurley, another outspoken giant with a large Twitter following, advised Horowitz to cut Andreessen and his six-million-dollar investment out of the company. Andreessen said, “I can’t stand him. If you’ve seen ‘Seinfeld,’ Bill Gurley is my Newman”—Jerry’s bête noire.

We wondered if A16Z’s commentary on Benchmark translated over to investment syndication between the two firms. And while there is some seeming bad blood between the firms, they have co-invested with each other in at least a few instances in the recent past.

Specifically, Benchmark is a co-investor in 9 of Andreessen Horowitz’s portfolio companies. This represents around 3% of the firm’s exited or unexited portfolio.

Of course, this is lower than other co-investors that A16Z works. Below is an excerpt of the Andreessen Horowitz investment syndicate dashboard. 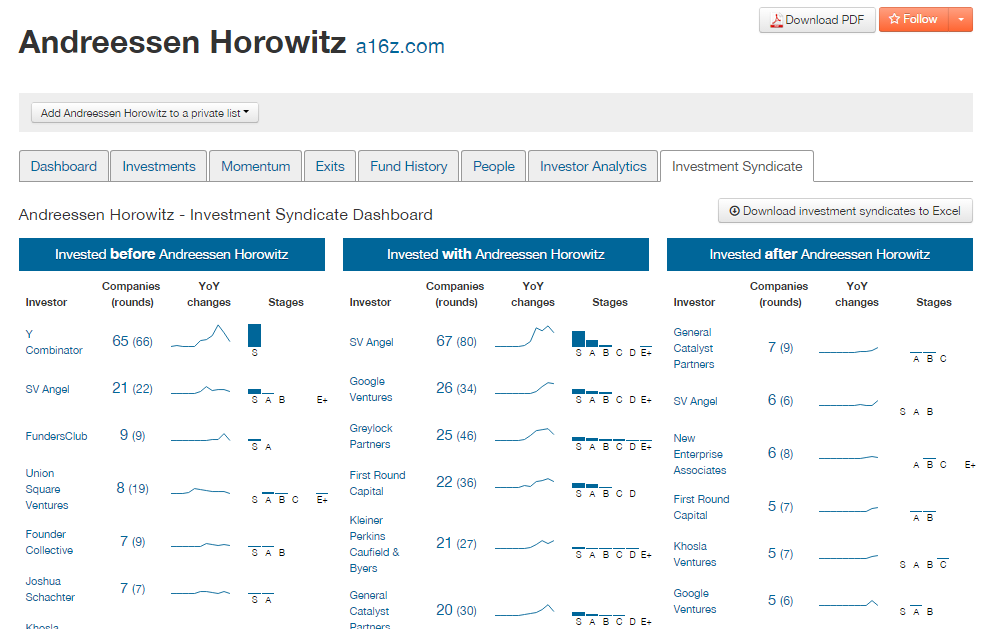 The Business Social Graph below visualizes the map of investments by the two firms since A16Z’s inception. Specifically, Andreessen Horowitz and Benchmark have co-invested in nine companies together through the end of April including mobile OS Cyanogen, which just added FoxConn to its $80M Series C, Utah-based BI and analytics unicorn Domo, and pet services marketplace DogVacay, which Andreessen Horowitz invested in 2012 and which Gurley sits on the board of.

Companies that Benchmark first invested in which A16Z followed on into include Cyanogen, Optimizely, and BOKU.

On the flipside, A16Z invested first in DogVaycay, Domo and Instagram. A16Z did the seed round into Instagram but because of a portfolio conflict ultimately didn’t invest in later rounds where Benchmark participated. 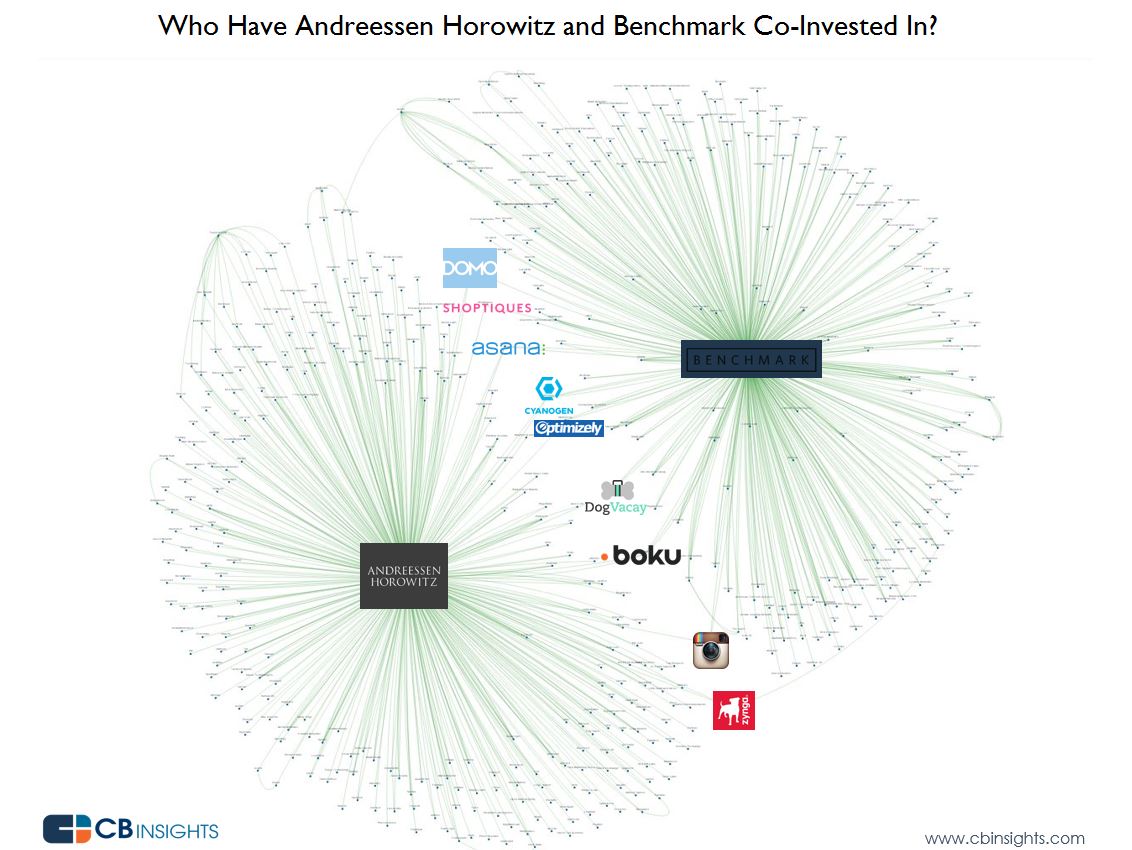 Seinfeld vs Newman image from here