Shopping online for aftermarket auto parts can often be a difficult and frustrating task.

Aftermarket auto parts are usually manufactured by third parties, and are often inconsistent in quality and design.

For example, if the owner of a 1995 Ford Fusion wanted to order new fender liners, she might have trouble finding appropriate liners online. Even when an item is advertised as “compatible,” it often doesn’t fit, due to inconsistencies in manufacturing.

Moreover, there are often hundreds of brands to choose from and a bewildering array of auto makes and models to keep in mind.

Amazon already uses AR tech for its retail business through its iOS and Android apps, allowing customers to project renderings of furniture and electronics on their homes. A new patent granted to Amazon late last month indicates it may expand AR into a whole new retail category. 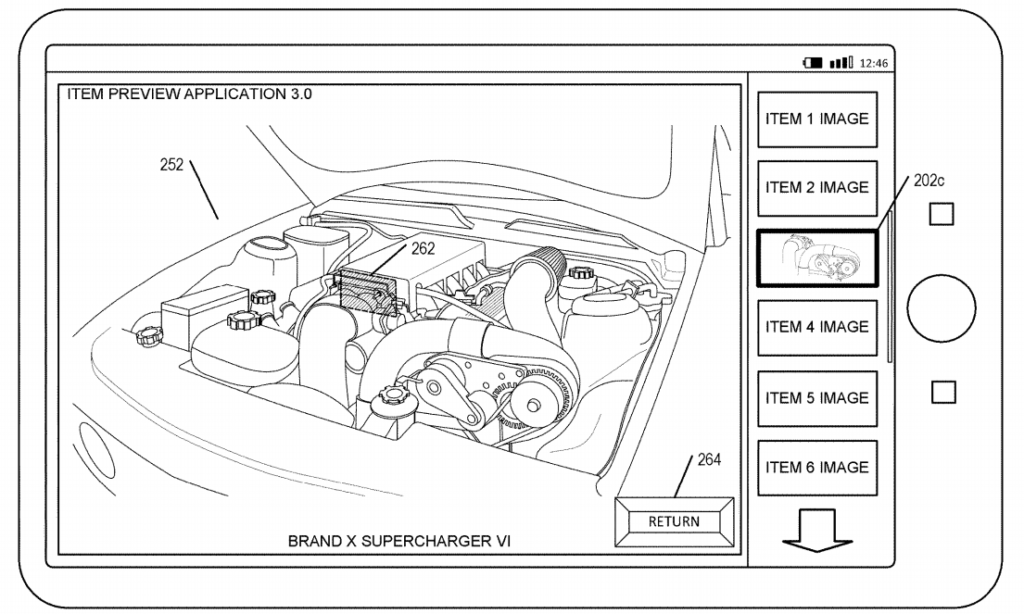 A drawing from Amazon’s patent shows how AR will help consumers see if parts fit their vehicle.

Amazon started aggressively targeting this vertical in January 2017, when it announced contracts with some of the largest auto parts suppliers in the country.

Notably, traditional brick-and-mortar auto parts retailers like Advance Auto Parts and AutoZone don’t have competing AR-enabled functions on their websites or mobile apps, giving Amazon an opening in the sector.

Amazon’s recent AR patent grant, titled “Vehicle Component Installation Preview Image Generation,” describes a system that uses augment reality to let users preview the image of an auto part as if it’s connected to their car. Below, we dig further into the tech highlighted in the patent.

The application described in the patent first identifies the make, model, and year of a customer’s vehicle, typically using an image from the user’s camera. (The app stores precise measurements for vehicles in its database.) 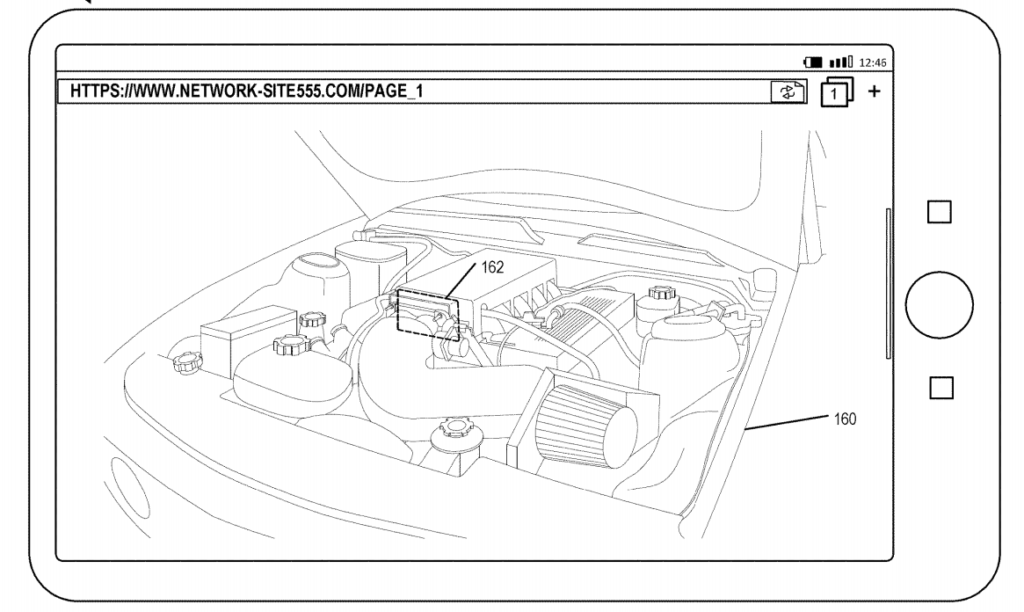 Computer vision technology within the app can then detect the vehicle based on car battery, headlight, or brand emblem.

Once the vehicle is identified, the application can identify the portion of the vehicle that’s being displayed (e.g. an engine compartment) and detect vehicle connection points, or points of access for selected auto parts.

The use cases for AR/VR continue to expand, from gaming to healthcare to retail. Look for AR/VR in the Collections tab.

Once a vehicle connection point is identified, a user can then choose a desired auto part (for example, a supercharger) from a database of 3D renderings, which also contains precision measurements.

The app can show several brands and sizes of superchargers, allowing the user to toggle between different options, as shown in the image below.

The user can then preview and choose a desired auto part from the full online database of relevant 3D renderings. 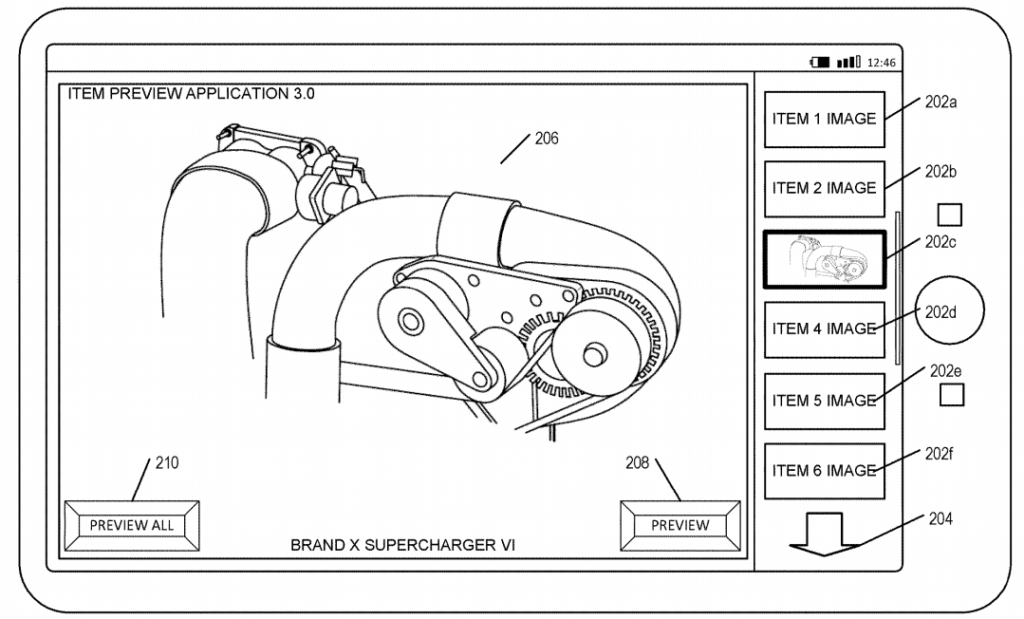 The patent details the app’s internal recommendation engine, which is similar to the recommendation functionality that can be found on Amazon’s retail website.

For example, the recommendation engine might also offer complementary parts that would fit in the same portion of the car.

Notably, the patent states that the 3D renderings can determine whether a part fits the vehicle within a certain “threshold degree of fit,” suggesting that even with the most precise measurements, there are still aspects of fit that cannot be projected visually (e.g. the screws connecting the part to the vehicle).

That said, the application also contains supplementary information such as customer reviews and manufacturer comments, which can give further context.