Today, 8 of the 22 global private fintech companies valued at $1B or more are alternative lenders. But 11 years after the founding of Lending Club, investments to private alternative lending companies are hitting new lows, according to CB Insights data.

Recently, Prosper Marketplace, one of the largest US alternative lending platforms, informed most of its investors that it had overstated its annual returns due to a system error. China Rapid Finance, which last year raised funds at a $1B valuation, went public last month at a $350M valuation.

We used the CB Insights database to look at funding trends and geographic deal share distribution to private alternative lenders. Companies included in our alternative lending category provide companies and entrepreneurs with a platform to raise capital or a marketplace to obtain a loan outside of the traditional methods. This does not include short-term (installment, payday, etc.) loans or credit scoring and underwriting.

Alternative lending companies saw both deals and dollars retreat on a year-over-year basis in 2016 with 78 deals worth approximately $2.45B in funding. Despite ending the year down, 2016 saw the largest-ever investment to the space, a $1.2B investment to unicorn Lu.com, a China-based peer-to-peer lending site. The investment valued Ping An-backed Lu.com, which is reportedly considering an IPO, at $18.5B. 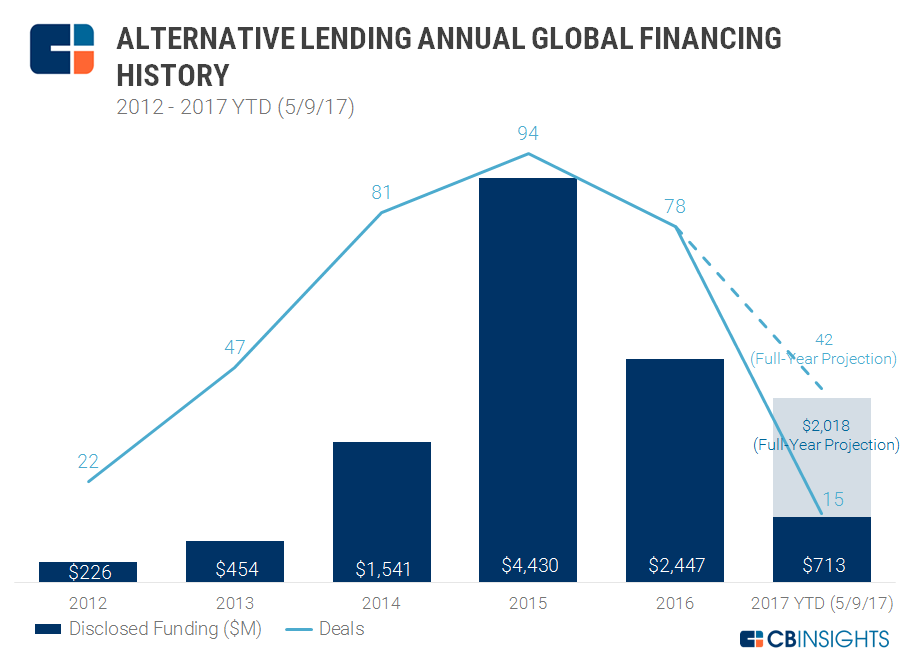 Digging into the quarterly data, Q2’15 saw a record 30 deals worth approximately $1.45B in funding. The top deal in Q2’15 was a $485M private equity investment to Lu.com that included BlackPine Private Equity Partners, CDH Investments, China International Capital Corporation, and Sagamore Investments.

Q3’15 was a record quarter for funding with approximately $2.14B invested across 24 deals. Funding was largely driven by SoFi‘s $1B Series E investment. Lu.com‘s record investment mentioned above caused the second-largest funding spike in Q1’16. 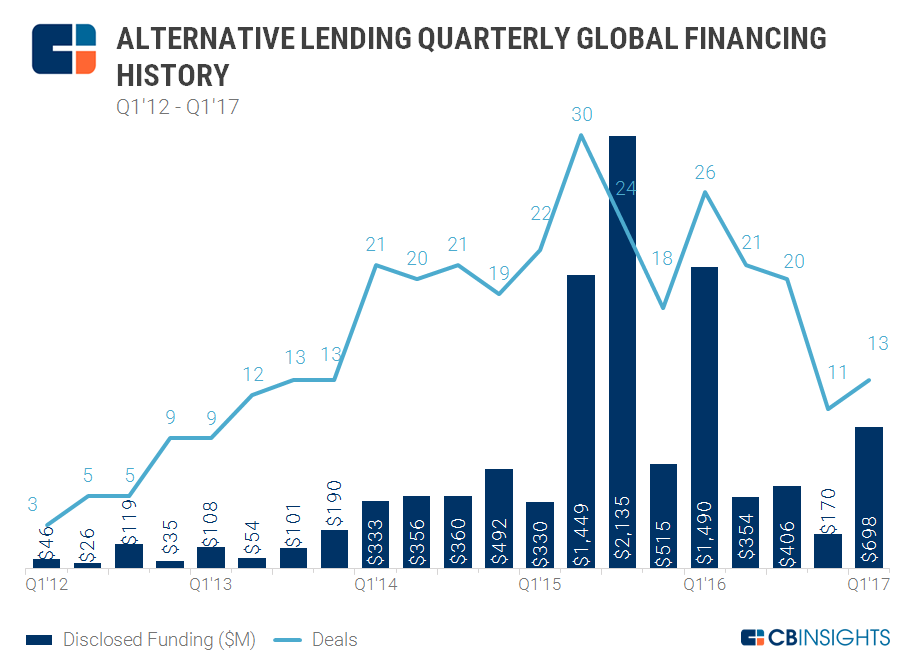 Since 2012, the US, UK, and China have consistently led deal share. However, that deal share lead has progressively diminished. In total, there have been deals in 21 countries outside the US including in France, Germany, and Israel. 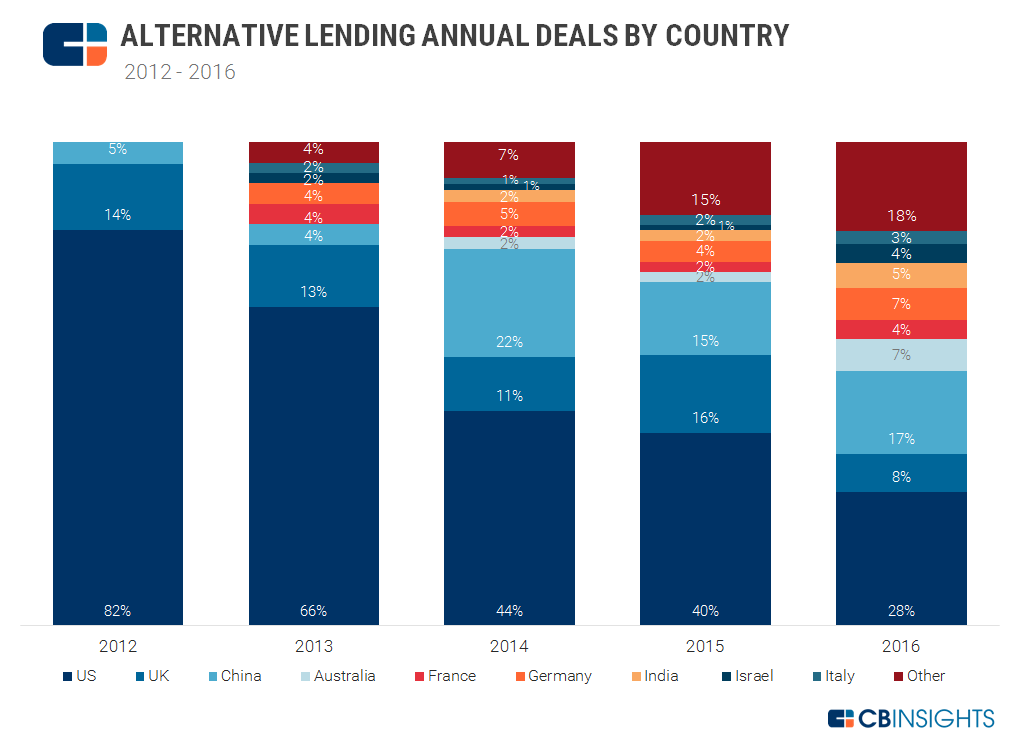