Research Brief
1512
VC-backed startups that ranked among the top 1000 web properties have raised over $5B in 2014. Accel Partners, Andreessen Horowitz and Tiger Global rank most prominently as investors.

Over the last five quarters, 2000+ VC deals have taken place in the Internet sector. Interestingly, just under 9% of the top 1000 web properties globally (as measured by Alexa) are owned by an unexited venture-backed startup. Using CB Insights Performance Metrics data, we dug into the Alexa 1000. The highlights below:

Using CB Insights financing and web traffic data, we analyzed financing and investor trends among the venture-backed companies ranked highly on Alexa. Note: For subscribers with access to CB Insider, the full list of companies can be found on the ‘Research’ tab.

VC-backed startups that ranked among the top 1000 web properties saw funding boom in 2014, including a record $2.78B invested across 18 deals in Q3 2014. The spike in funding was driven by popular Indian eCommerce site Flipkart‘s $1B Series G from investors including Tiger Global, Naspers and GIC. Other firms that raised huge funding rounds over the three-month period included Houzz ($165M), Box ($150M) and Chinese ad listing portal Ganji.com ($200M). 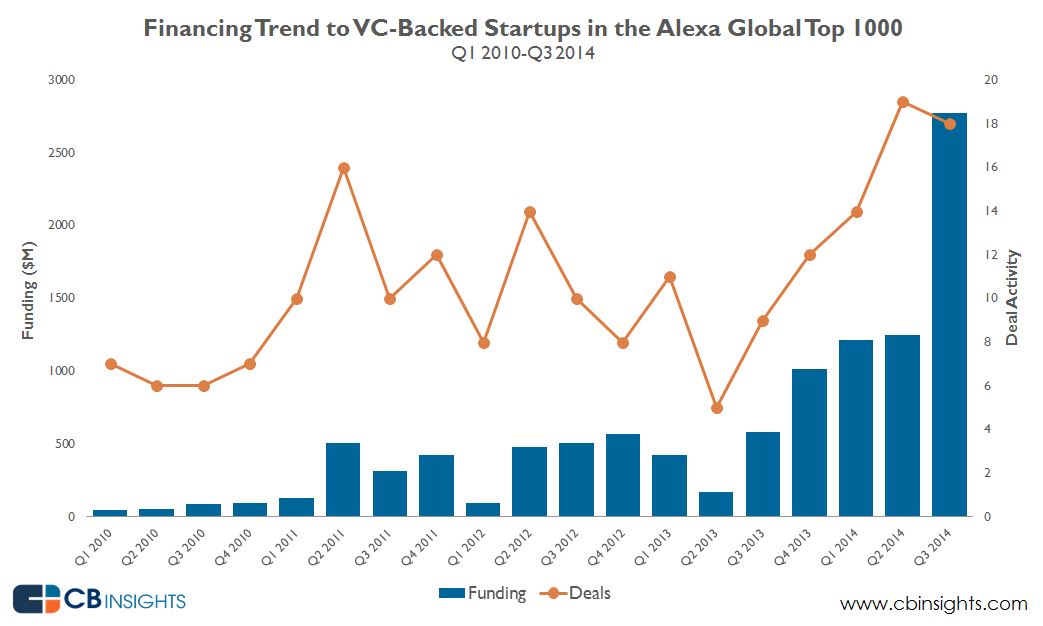 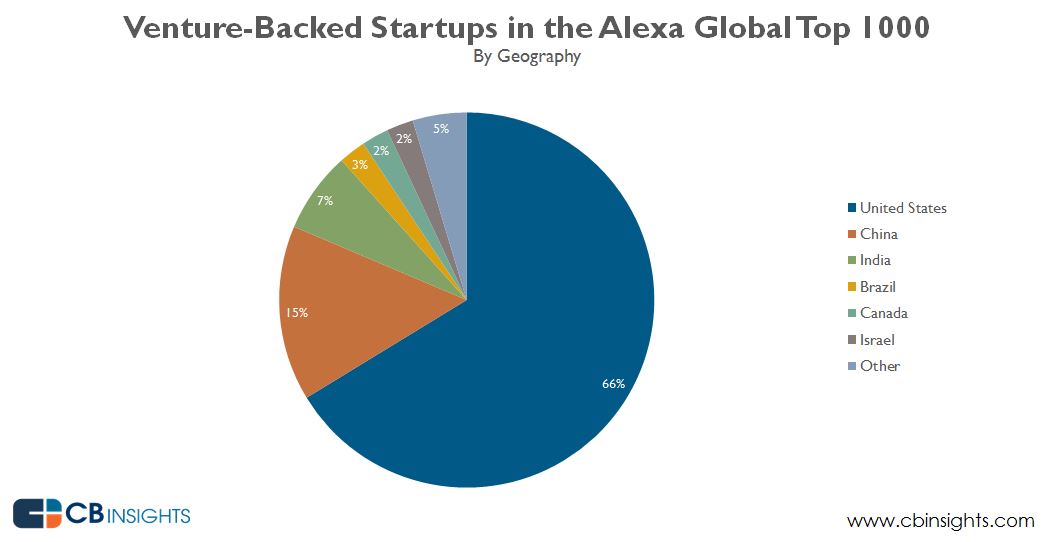 While 22 of the firms fell in the eCommerce industry, there was some diversity with the venture-backed companies in the top 1000 web ranks ranging from music to events & ticketing to education. Perhaps not surprisingly, the highest represented sub-industry was News & Discussion, which included startups such as Buzzfeed, Vice Media and Business Insider. Social came in second, with companies ranging from Pinterest to reddit. Of course, the top 1000, as would be expected, is dominated by consumer-focused properties.

The top sub-industries are highlighted below:

The chart below uses web rank data from CB Insights performance metrics to map funding vs rank. Interestingly, while Flipkart ranks among the top 100 websites in the world, it’s also raised nearly $1.8B in funding. In contrast, 9gag ranks in the top 200 global websites but has raised a modest amount from Freestyle Capital and True Ventures among others. 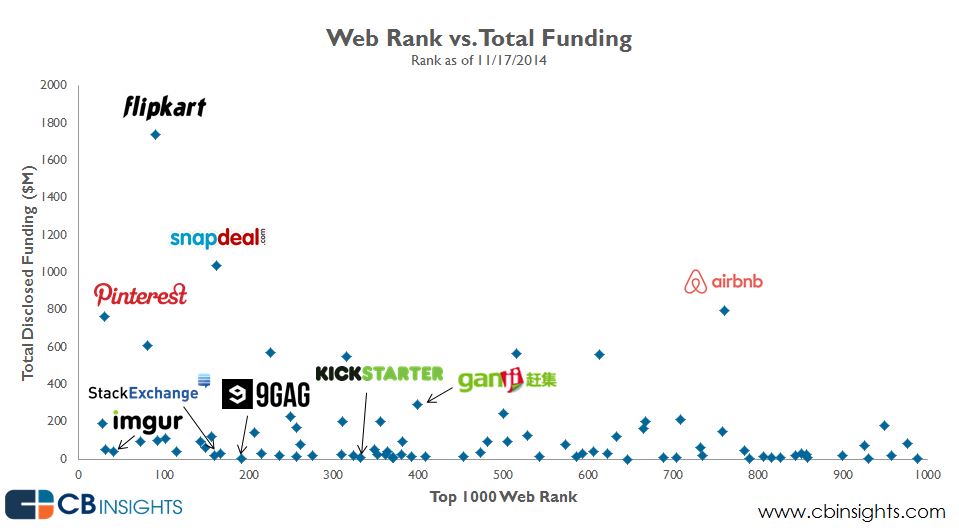 Finally, who are the investors in the most Alexa 1000 companies? Accel Partners ranks first, with 12 of the companies, including Etsy and MyFitnessPal. The top three was rounded out by Andreessen Horowitz and a tie for third by Sequoia Capital and Tiger Global Management. Of note, 44% of Tiger’s companies were internationally-based. The top 10-ranked institutional investors in Alexa 1000 companies is below.

The full list of companies sorted by web rank can be found on the CB Insights research tab, after logging in to CB Insights. Note: The list is only available to subscribers with access to CB Insider.