Research Brief
1932
AirBnB is poised to become more valuable than Marriott, Starwood, and Expedia. At first glance, the valuation looks rich, but the data suggests it might be right.

AirBnB is reportedly raising a $1B round at a $24B valuation, a jump of 140% over its last reported 2014 valuation. If the deal is successful, it would make AirBnB the third-most valuable unicorn company in the world after Xiaomi and Uber. We believe some unicorns are not appropriately valued (Dropbox being a case in point). So we compared AirBnB’s valuation numbers against those posted by several related or comparable public-market companies. Specifically, we looked at Marriott, Starwood, Expedia, Wyndham, and HomeAway.

AirBnB would rank first in valuation when compared to these companies, just above Marriott, which sports a market capitalization of $21.1B. AirBnB would be 8x as valuable as HomeAway, its most similar competitor, which trades at around $31 per share for a market cap of less than $3B. Wyndham, Expedia, and Starwood all trade at valuations between $10B and $14B. 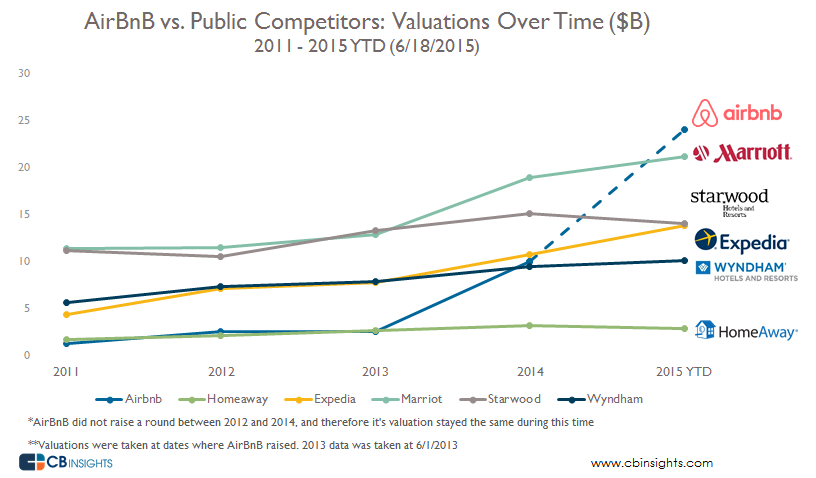 When we look at multiples, AirBnB does look very richly valued at $24B. Its multiple would be more than quadruple the size of HomeAway’s, which has a price-to-sales ratio of 6.6. The other companies all have multiples between 1.6 and 2.5 price-to-sales. (To pin down AirBnB’s multiple, we used CB Insights’ private company valuation and valuation multiple search.) 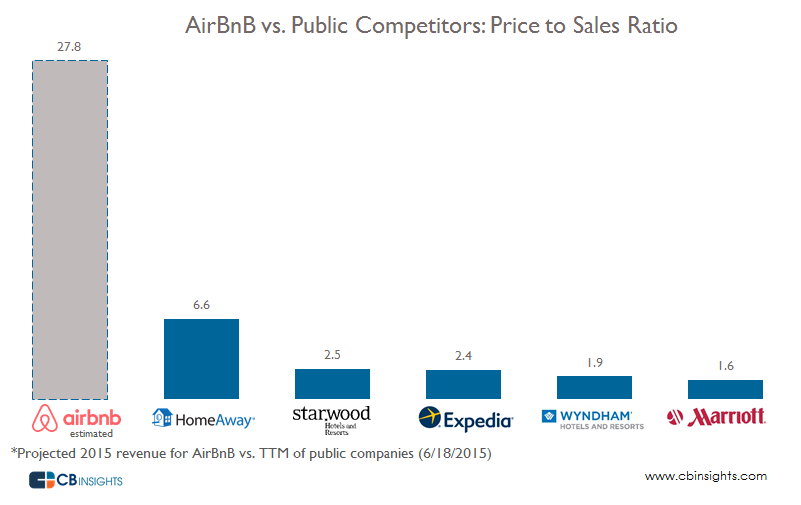 While AirBnB’s multiple may seem high, AirBnB’s revenue growth is also far higher than that of its public-company peers. AirBnB had estimated revenue of $423M for 2014, and projected revenue of $900M for 2015, or 113% year-over-year revenue growth. For comparison, the latest YoY revenue growth figures for HomeAway and Expedia were 24% and 20%, respectively. Wyndham and Marriott are seeing revenue growth in the single digits, and Starwood’s revenue is actually shrinking. Of course, in absolute numbers AirBnB’s revenue is still a fraction of what’s generated at the public companies. Expedia, Wyndham, and Starwood are each generating more than $5B of revenue annually. 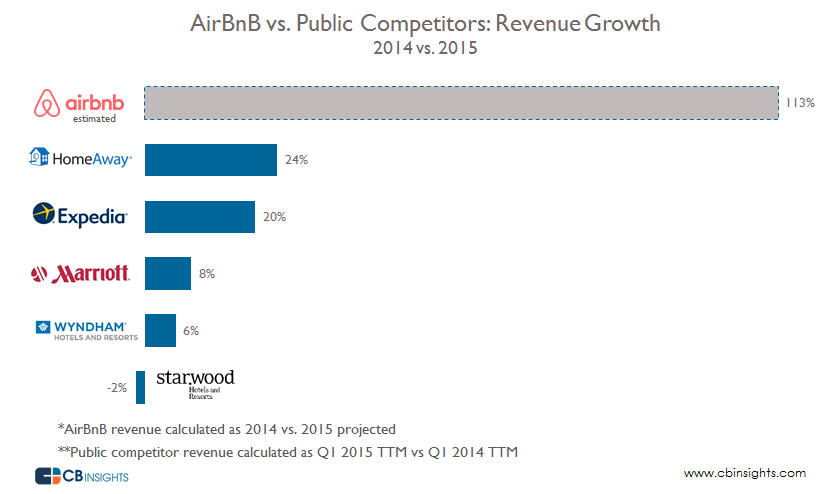 If we combine the price/sales (PS) and revenue growth rates (G), we get what we’ll call a PSG ratio which puts the companies on similar footing. By this measure, we see AirBnB falls into a reasonable range compared to these public-market peers. 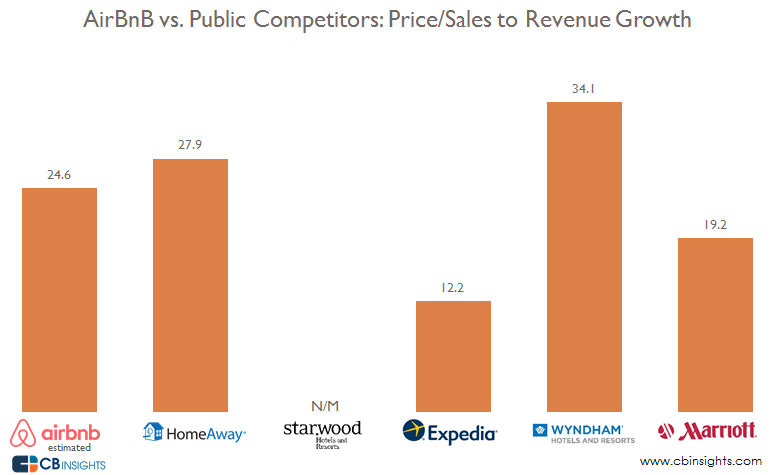 And beyond revenue or valuation, it’s clear AirBnB is quickly becoming a known entity among travelers and a more established, mainstream brand. Interest in the service is increasing rapidly. As the Google Trends chart below shows, the term “AirBnB” recently surpassed the search term “Marriott” in Google search popularity. 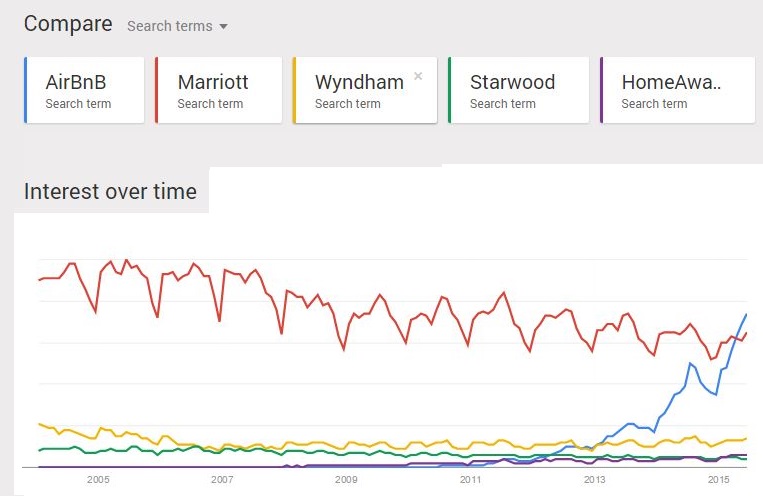 With consumer interest growing and sales growth in the triple digits, AirBnB doesn’t look like a bloated unicorn to us.

Want more data on AirBnB and similar companies? Check out our venture capital database below.