Research Brief
3464
There have been notable investments recently in Israel, Canada, China, and India.

Deals and dollars to AI-based healthcare companies are on track for a record high in 2016. And increasingly, some of the most notable deals are happening outside the US.

Though 77% of the deals since 2012 have gone to US startups, there were major investments recently in other countries, including Israel, Canada, China, and India.

This year, China-based iCarbonX joined the unicorn club in Q2’16 with early stage funding from Tencent, Vcanbio, and China Bridge Capital that valued the company at $1B. The startup, while still in its early stages of fundraising, recently acquired Imagu Vision Technology, an image processing company in Israel.

The map includes non-US heathcare AI companies that raised a funding round after January 2015, and is not meant to be exhaustive of startups in the space. 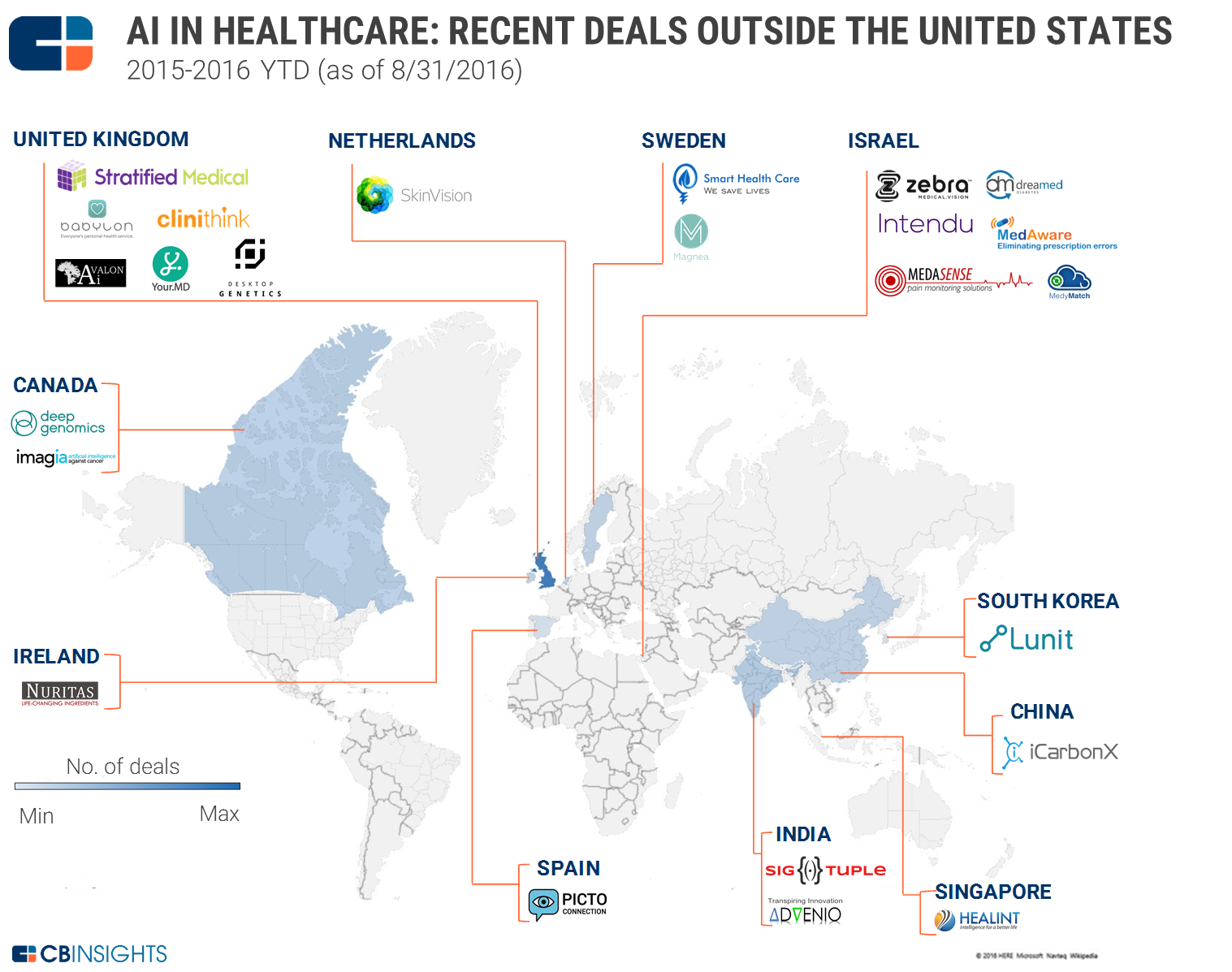 Want more data on AI-based healthcare companies? Log in to CB Insights or sign up for free below.