Artificial intelligence is now touching all industries, from healthcare and advertising to entertainment and ed tech. The retail space in particular is buzzing with news, thanks to plans for an “Amazon Go Store,” where shoppers can grab items off shelves and walk out, bypassing a long line at check out. Computer vision algorithms will track the items that were picked and charge the customer’s credit card. Other retail giants are taking note too, with eBay partnering with Google Home to demo a shopping concierge, India-based Titan partnering with IBM Watson to drive sales, and Etsy acquiring AI startup Blackbird Technologies in Q4’16.

Among private AI companies, commerce is the No. 3 category for deals since 2012, after healthcare and horizontal applications (startups working across multiple industries).

AI commerce companies have raised $990M across 201 deals between 2012 through 3/23/17. Q1’17 alone saw over $100M invested across 21 deals. Some notable deals include: Singapore-based Trax Image Recognition, which is using solutions like image recognition and shelf analysis for retail intelligence, raised $19.5M in a Series D round. Paris-based Databerries, which focuses on geolocation-based retail advertising, raised $16M in Series A funding. Indiana-based SmarterHQ, which offers behavioral marketing for retail and e-commerce clients, raised $13M in Series C.

Over 40% of the aggregate deals since 2012 have gone to startups outside the US. the image below, from our State of Artificial Intelligence report, highlights the funding trends and distribution of AI commerce deals outside the United States. 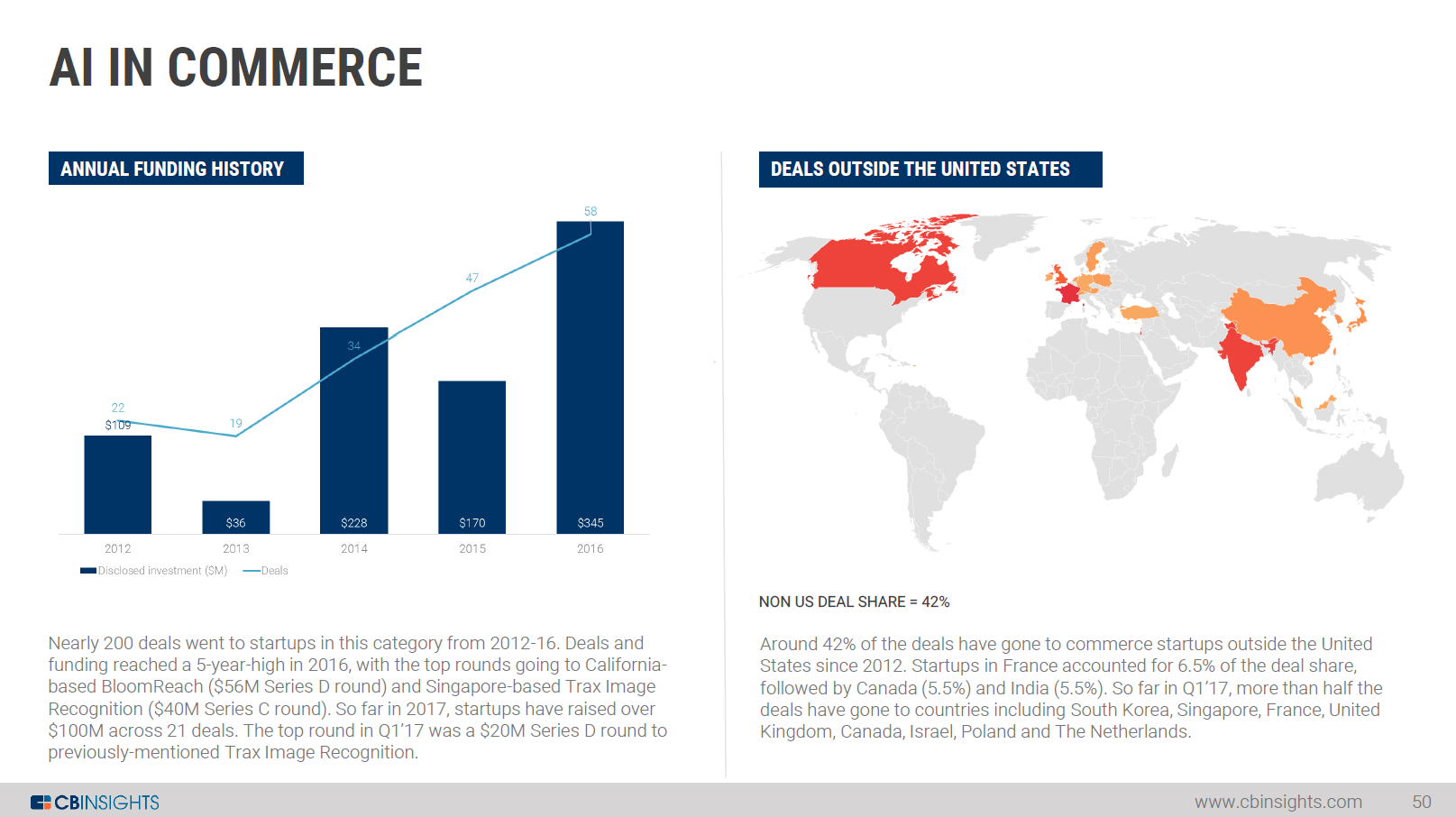 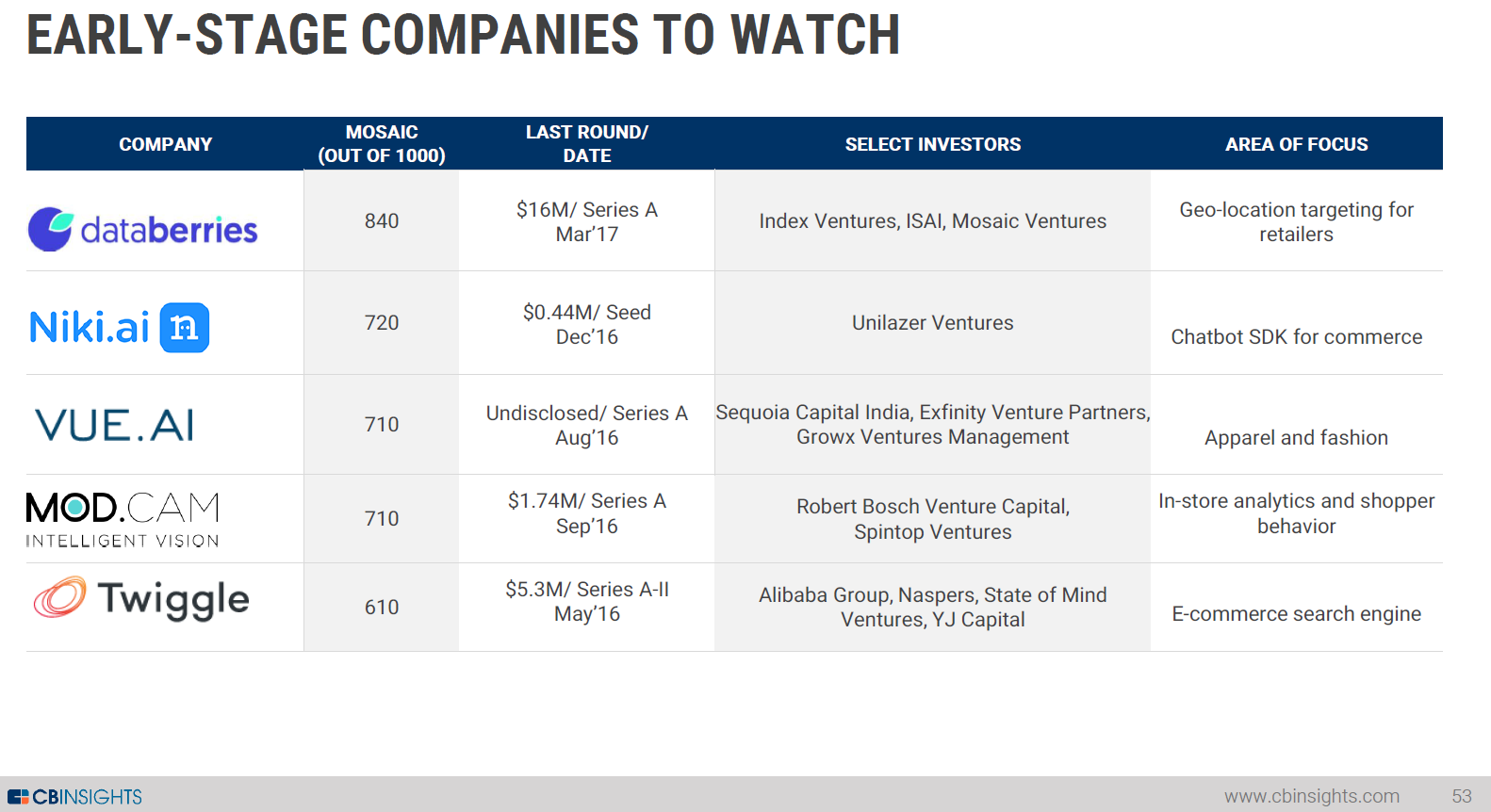