Research Brief
4175
Since the acquisition of The Climate Corporation, funding into agtech startups has picked up.

Farms have been able to dramatically increase crop yields thanks to new technologies. We’re seeing a new wave of innovation in agriculture thanks to the dropping cost of sensors and increasing use of data and algorithms on farms, among other developments. We used CB Insights data to analyze funding trends into the agtech space.

Activity into agtech companies picked up noticeably in 2014, with deal activity more than doubling and funding more than tripling compared to the prior year. This was likely spurred by the $1B+ acquisition of The Climate Corporation in late 2013 by Monsanto, which put increased investor focus on the space. The last two years have maintained a sustained interest since the uptick, with both years seeing more than $200M financing across 68+ deals. 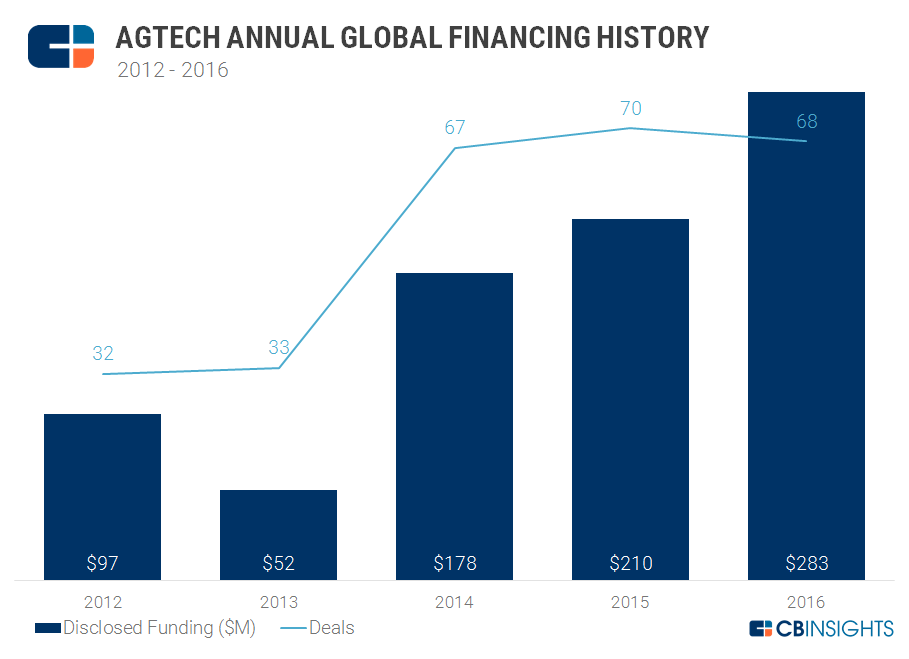 When we look at a quarterly level, we see a drop in Q4’16 after 6 consecutive quarters of 15+ deals and $60M+ in financing. Q1’16 was a particularly strong funding quarter with more than $100M invested thanks to large deals to FarmLink and Farmer’s Edge. 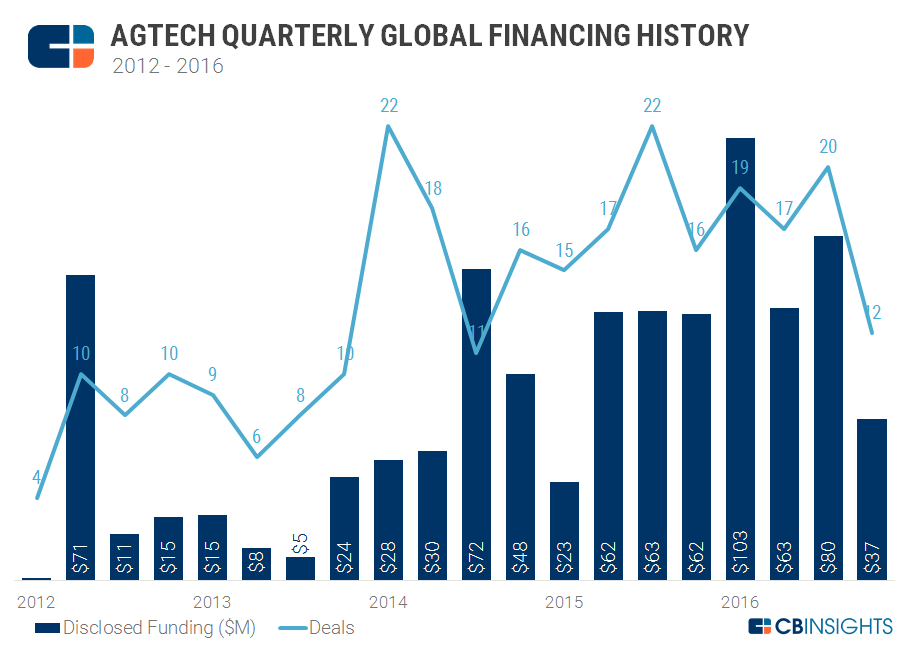 From 2012 to 2014, most deal activity happened at the seed/angel stage, increasing each year until 2014 when seed/angel share accounted for more than half of the deals into agtech companies. Since then seed/angel deal share has decreased significantly, taking just over a third of all deals in the last two years. Series A and B deals have been increasing in momentum as the industry begins to mature, with the two taking a combined 30% of deal share in 2016. The “Other” category, which includes convertible note and corporate minority rounds, among other deal types, has also grown in the last couple of years.

Startups are working to build infrastructure around this rapidly growing industry. Sign up for a free trial and look for Agtech Startups in the Collections tab.

When we look at the breakdown of activity by state, California sees the most activity with nearly 30% of all deals since 2012. New York and Colorado tied for 2nd with 7% of deal share each. North Carolina, home of the Research Triangle, is also a strong area for agriculture startups as well, with 6% of deal share. It’s notable that more than half of all agtech deals happened outside of the major tech hubs (CA, NY, MA). Some companies recently funded in these other markets include ScoutPro (Iowa), Cogent3D (Arizona), and Sprinkl (Texas). 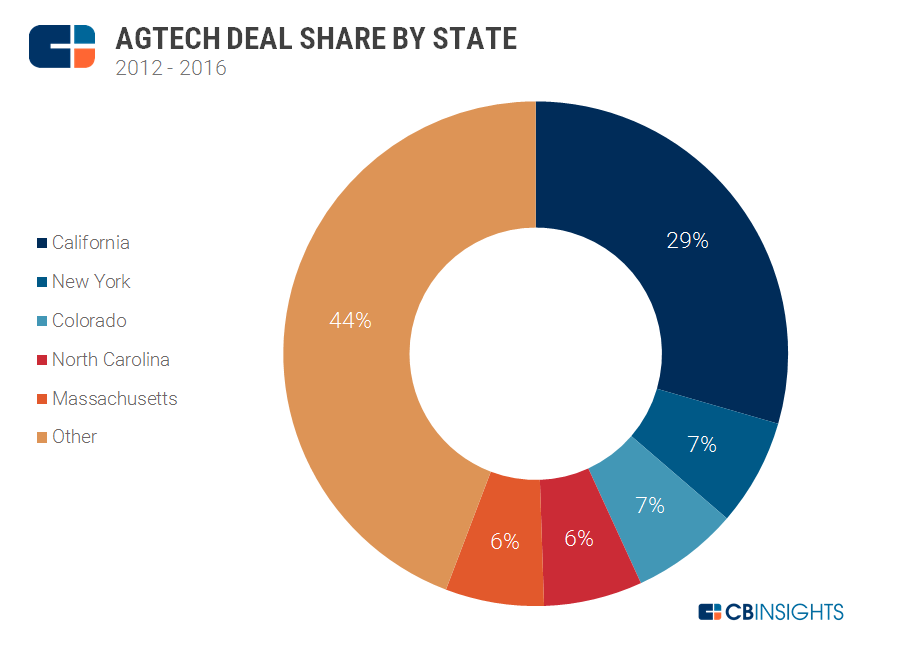 Want more data on Agtech companies? Log in and check out the public collection, or sign up for our private market database below.