Research Brief
4413
Ag tech has seen a surge of activity in 2017, especially at the seed stage.

The convergence of several trends has made ag tech an exciting area to build a company in today, and it looks like investors are taking note. 2017 has been off to a very strong start and on track to double the deal highs seen in 2016. 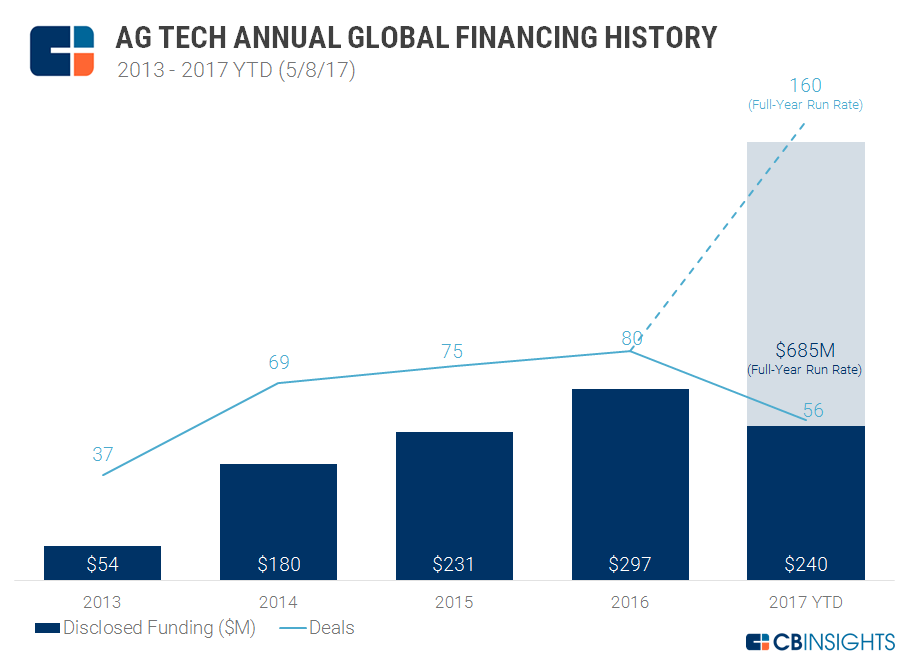 The spike becomes more clear when we look at the quarterly trend. Q1’17 saw $216M invested across more than 50 deals, more than triple the number of deals in the prior quarter. This is by far the most active quarter in terms of deals, more than double the second-highest quarter in Q3’16. This past quarter has seen 8 deals worth $10M or more each, with the largest being Farmers Business Network ($40M) and CiBO Technologies ($30.25M). 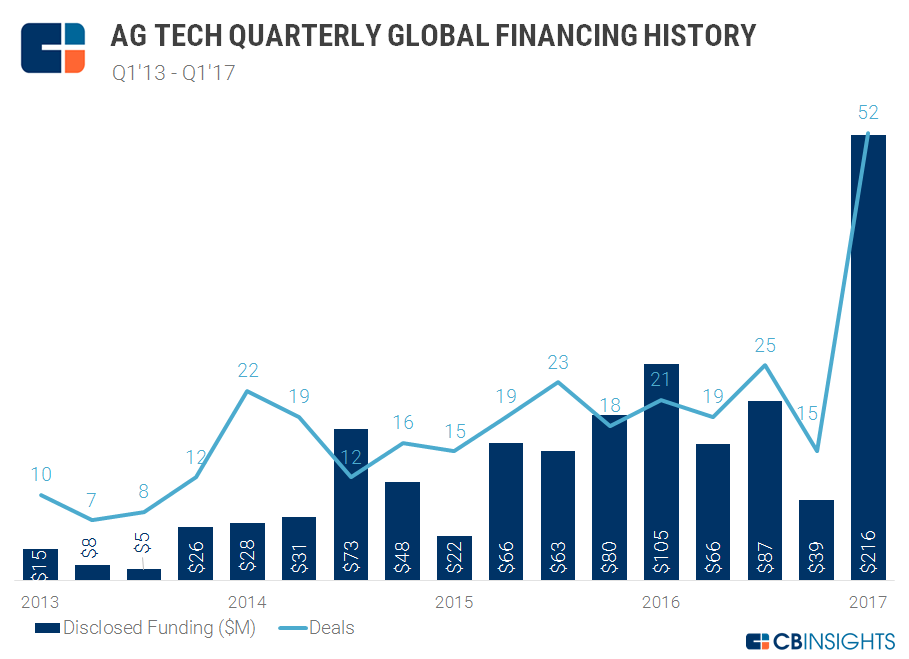 Startups are working to build infrastructure around this rapidly growing industry. Sign up for a free trial and look for Ag Tech Startups in the Collections tab.

A lot of this deal growth has happened at the seed stage, which accounts for 45% of deals so far in 2017. Some seed deals this year include TL Biolabs, Smart Yields, and Sencrop. We’re also starting to see more deals happening in the Series C stage as some of the longer-standing ag tech companies begin to mature. 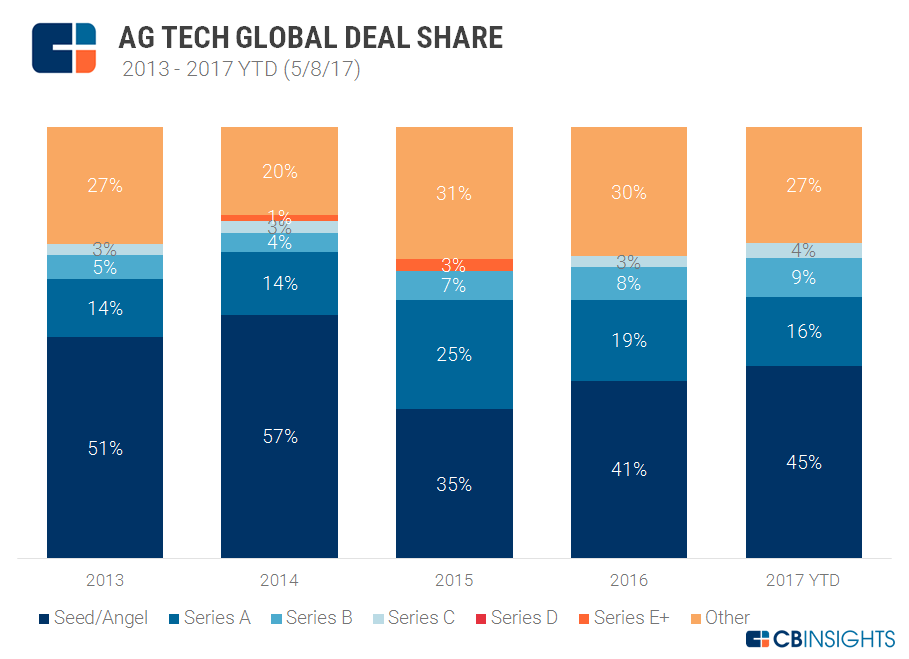 Want more data on ag tech companies? Check out our collection on CB insights or sign up for a trial below.