We dug into the private market bets made by large aerospace companies, including the venture arms of Boeing, Lockheed Martin, Airbus, Honeywell, and more.

As technologies advance within autonomy, drones, and IoT, so too do the applications for aerospace. In Asia, for example, autopilot tech has been embraced, and pilots are actually prohibited from flying manually above 3,000 feet. And around the world, traditional aerospace players are eager to build a self-flying plane. It’s no surprise then that Boeing, the largest company in the “space,” recently established its HorizonX venture arm.

To better understand where aerospace players are placing bets in private markets, we used CB Insights’ Business Social Graph, which shows how top investors and target companies are related, in order to analyze where some of the top aerospace corporates are striking deals.

Specifically, we analyzed the investment and acquisition activity of the largest 10 aerospace corporations by revenue and their corporate venture arms: 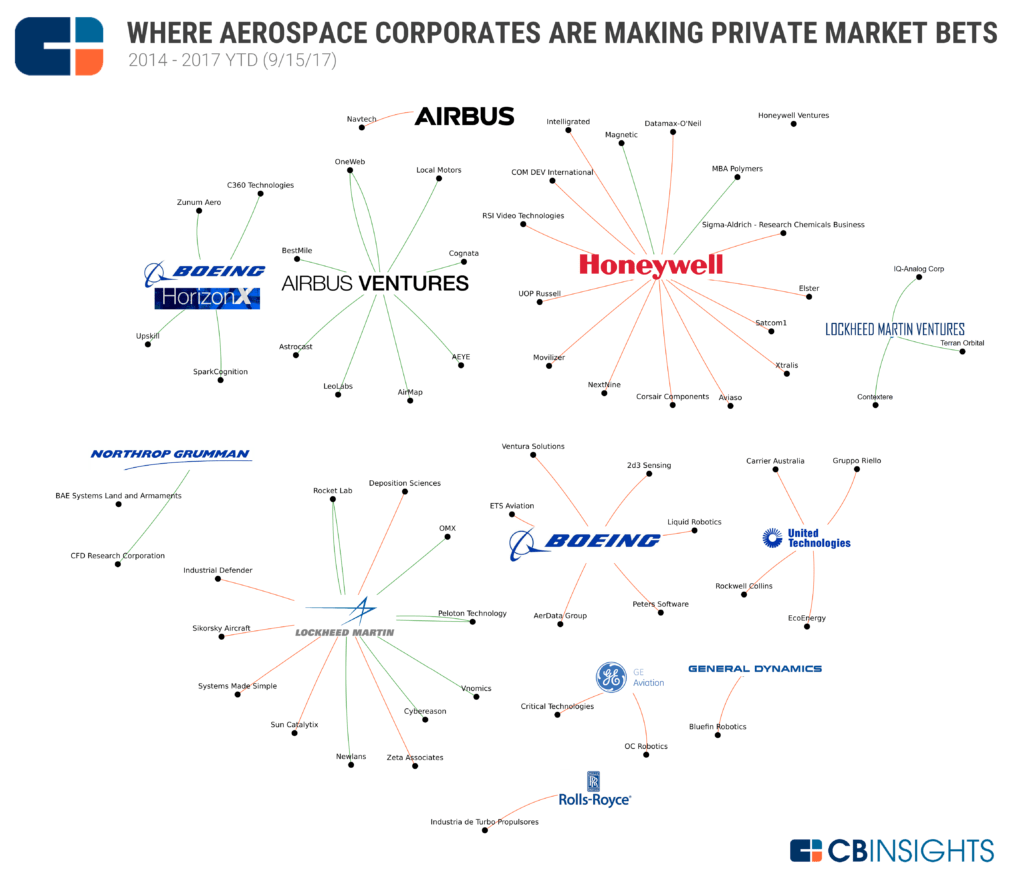