Despite e-commerce’s recent slump with two straight quarters of decreased funding, in 2014 and 2015 e-commerce welcomed numerous new unicorn companies (including Coupang, Snapdeal, Wish, Houzz, and FarFetch) and notable IPOs such as those of Etsy, Shopify, and Wayfair.

With this in mind, we rounded up the most active investors in e-commerce in one infographic and ranked them by investments into unique e-commerce companies since 2014.

We define e-commerce as including companies using websites or mobile apps to sell physical goods, as well as enablement companies that build these sites and apps. We excluded companies focused on services, such as Uber, or those delivering food and groceries (see our food delivery category for trends there).

The most active investors in the space since 2014 were 500 Startups, Accel Partners, and East Ventures:

Several startups show up multiple times throughout our most active investors’ portfolios, including BloomThat, Jet.com, Casper, Soldsie, Birchbox, and Cotopaxi. A few, such as Hollar, ThirdLove, Scentbird, FabFitFun, Lola, and Allbirds were previously highlighted on our early-stage e-commerce startups to watch list.

Our list is dominated by VCs but also includes hedge fund Tiger Global.

Check out the rest of the rankings and their recent portfolio investments in the graphic below. 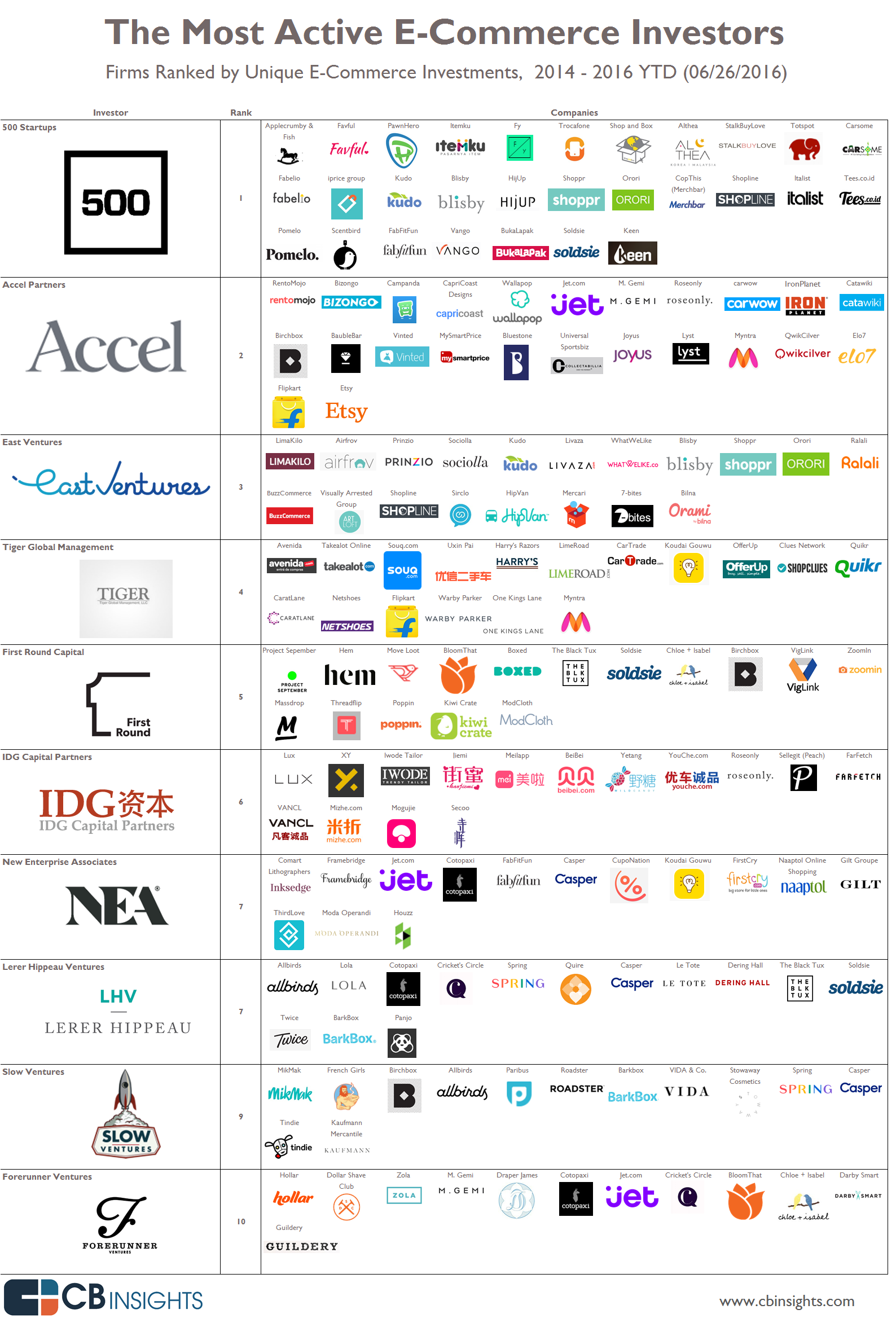 Want more data on e-commerce financing trends? Login to CB Insights or sign up for free below.