Research Brief
1615
Accel Partners, SV Angel and Kleiner Perkins were the VCs with the most exits in 2014.

2014 had 630 VC-backed tech exits globally and in terms of sheer quantity, no VC had more than Accel Partners.

Accel Partners had over 25 tech exits in 2014 including Dropcam which Nest acquired for $555M in June and the public offering of OPOWER which valued them at over $900M. It also included international transactions like Myntra, an India-based eCommerce portal which was acquired by FlipKart for $343M.

SV Angel finished with the second most tech exits among VCs in 2014, with over 20, including RelateIQ and SmartThings, which each fetched nine-figure valuations at their time of acquisition.

Kleiner Perkins Caufield & Byers rounded out the top 3 with over 15 exits including JingDong, which went public at a valution north of $20B.

The full list of the top VC investors in 2014 by exited tech companies below. 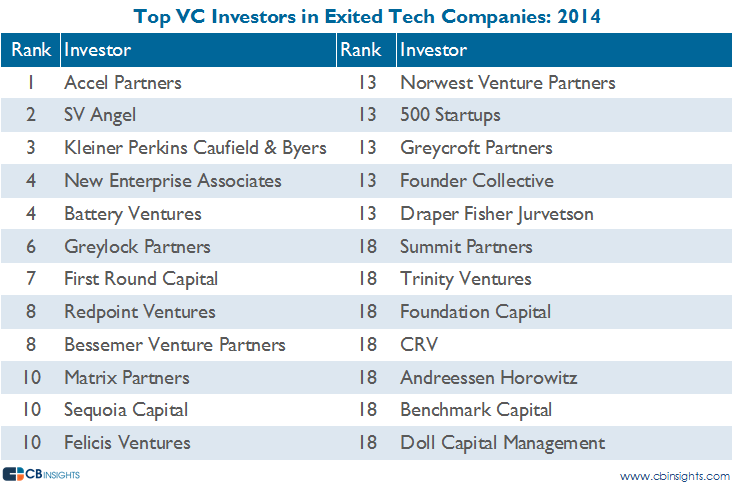