Research Brief
1348
Tiger Global Management was the most active investor in the largest tech financings of 2014. Silicon Valley took 70% of the deals.

Mega-financing rounds and billion dollar valuations are on a tear in 2014. So what industries, which investors and how much money has gone to the 50 largest VC-backed company financings in the first half of 2014. We crunched some CB Insights data to answer those questions.

Some high-level stats to start:

The chart below highlights the 50 largest tech financings in H1 2014 by overall deal size. 24 of the deals were $100M, while 8 of the deals including Uber, Dropbox, TangoMe and Pure Storage were over $200M. The top 10 deals made up nearly 53% of aggregate funding. Uber and Cloudera alone made up 28% of aggregate funding to the 50 largest H1 rounds. 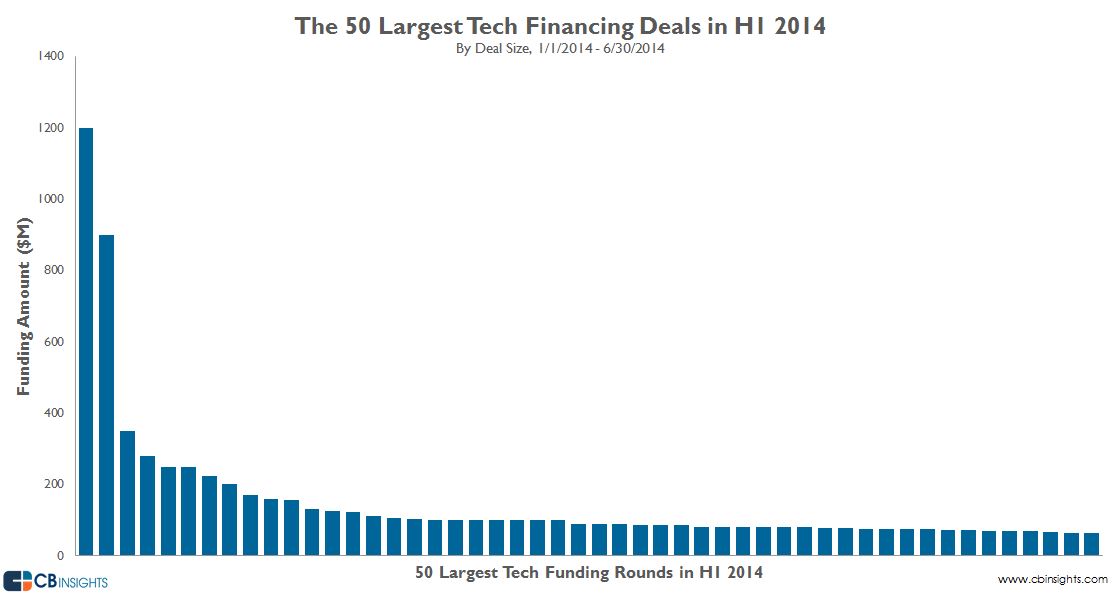 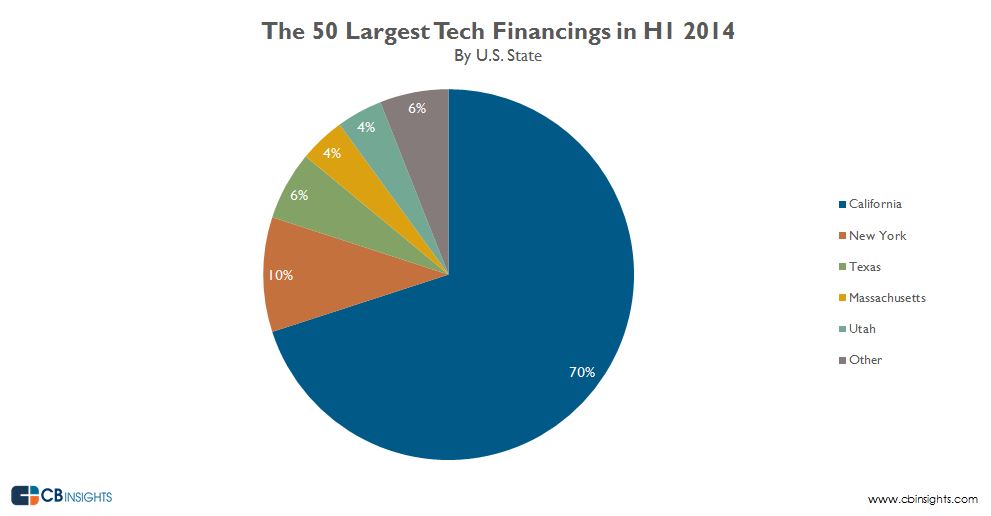 Of the 50 largest H1 2014 tech deals, Tiger Global Management was the most active by deal count – participating in 9 of the deals including Pure Storage, Automattic, ActiFio and One Kings Lane. Coming in second was T. Rowe Price which invested in mega-deals including Dropbox, Domo and Cloudera. The top 5 was rounded out by BlackRock, Institutional Venture Partners and Andreessen Horowitz. Six of the top 10 most prominent investors in the largest tech deals of H1 2014 were either hedge fund, mutual fund or corporate investors – highlighting the abundance of non-VC dollars within today’s private tech ecosystem. 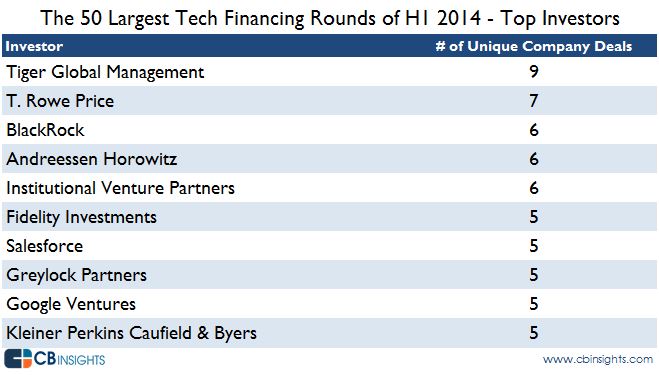 The full list of tech deals included in this analysis can be found for free on the ‘Research’ tab, after logging in to CB Insights. Note: This research is free to anyone who logs into CB Insights.

All of the data underlying this analysis is available in the CB Insights venture capital database. Create a free account below.