In recent years, the world of 3D printing has seen high highs and low lows. No company story better exemplifies this than MakerBot Industries, the consumer-focused desktop 3D printing startup, which was a homerun for its venture backers (including Foundry Group, Jeff Bezos, RRE, and Thrive Capital, among others) when it sold to 3D printing giant Stratasys for $403M. But Stratasys later adjusted MakerBot’s value down by $140M in a write-off.

Since a peak in 2014, exuberance around 3D printing has waned and M&A in the space has been sparse. But sentiment may be shifting yet again following General Electric‘s recent buying spree. Last week, GE announced it acquired Arcam and SLM Solutions, spending a reported $1.4B for both. This sent 3D printing stocks — including 3D Systems, Stratasys, and Voxeljet AG — soaring. Interest appears to have been renewed on the private side as well, with recent financings to Netherlands-based 3D printer developer Ultimaker ($17M debt) and rapid speed SLA maker Carbon 3D ($81M Series C), a round that saw backing from Sequoia, GV, and BMW i Ventures, among others. 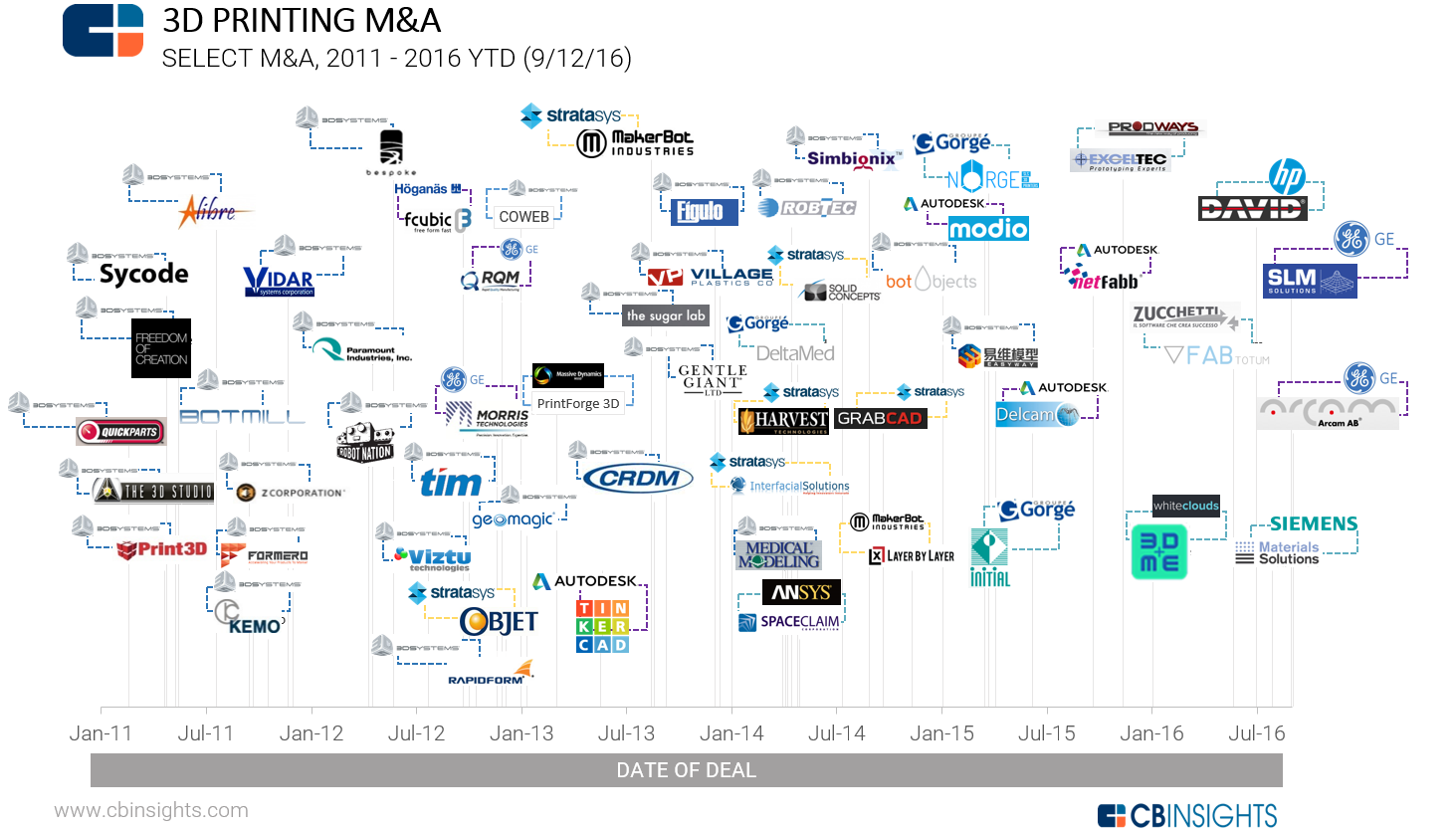 Objet and Stratasys’ $3B merger in 2012 was an early high-water mark in 3D printing consolidation. Delcam was taken private by Autodesk in 2015.