Two of every three insurance tech deals in 2016 took place at the early-stage.

Deal activity in the insurance tech space hit its highest annual total in 2016, according to CB Insights data.

In total, deals to insurance tech startups rose 42% on a year-over-year basis in 2016 to hit 173. Total funding to insurance startups in 2016 hit $1.69B, the second consecutive year investment dollars to the space topped $1B. Overall dollars to the space fell 37% YoY between 2015 and 2016, as two separate deals to online HR software firm Zenefits and Chinese online insurer Zhong An Insurance accounted for $1.43B in total funding. 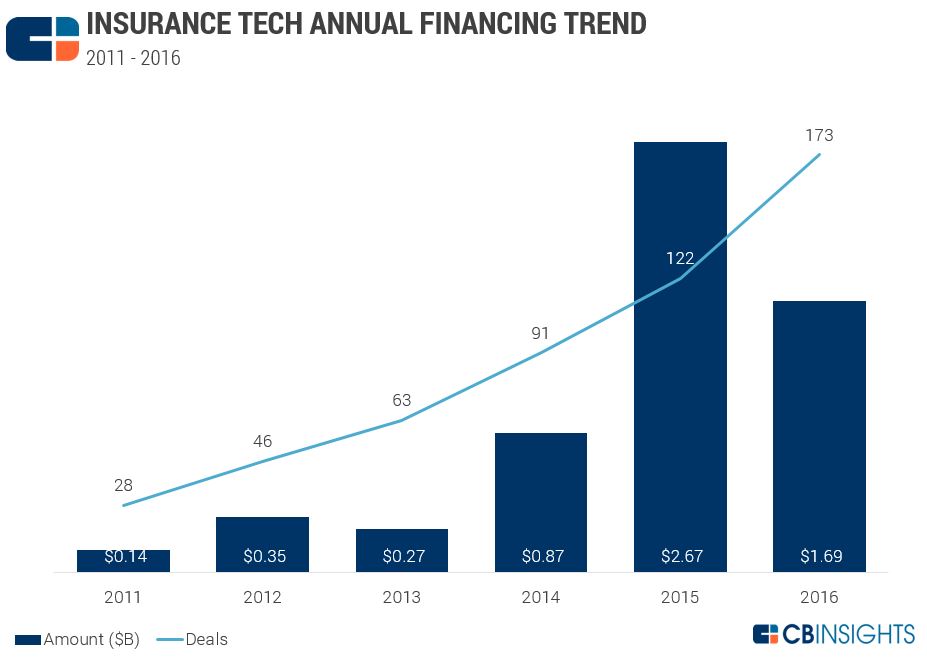 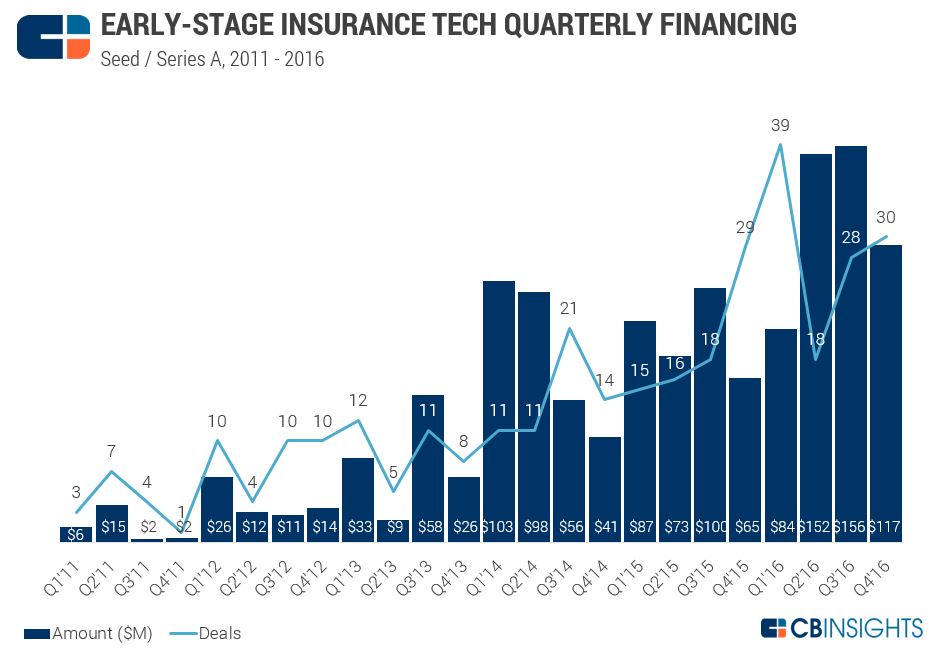 Deal activity to insurance startups in 2016 was spread among a diverse set of countries from Switzerland to India to Australia, and the United Arab Emirates. 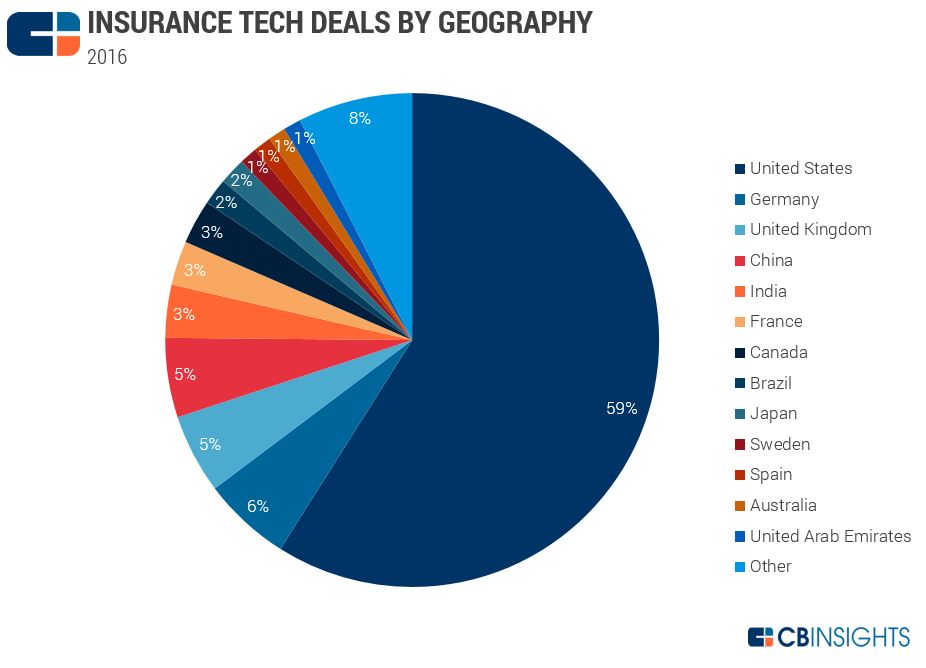