In 2012, insurers or reinsurers completed just one strategic investment to a private tech company. In 2016, they completed 100, according to CB Insights data. 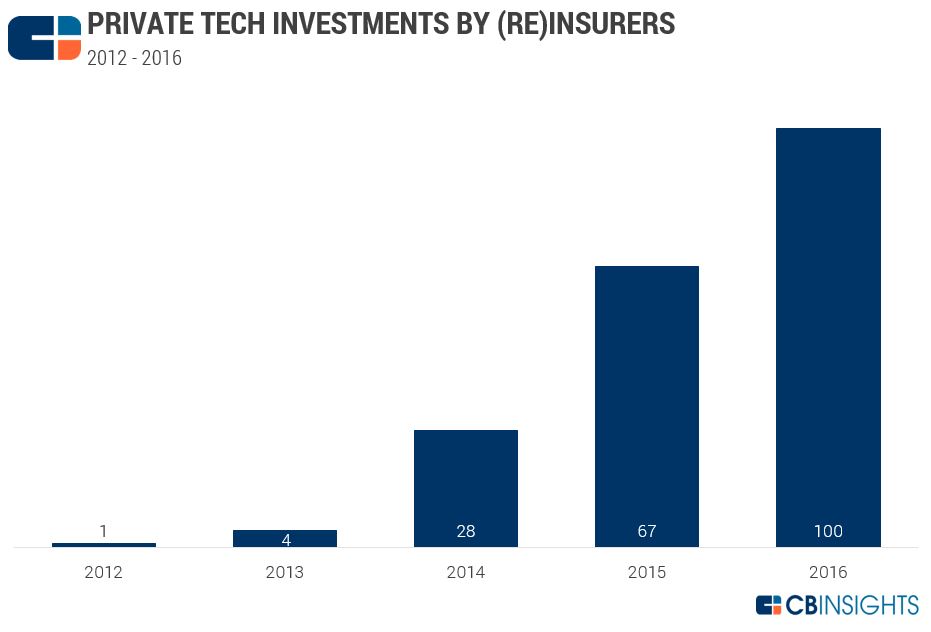 Between 2013 and 2014, 84% of private tech investments by (re)insurers went to US-based companies. Between 2015 and 2016, 65% of strategic tech investment by (re)insurers went to the US as Germany, France, the UK and China also attracted deals. More recently, Munich Re/HSB Ventures invested in UK-based Bought By Many, a members-only service for offbeat insurance, while XL Catlin’s XL Innovate invested in Switzerland-based Stonestep, providing microinsurance-as-a-service. 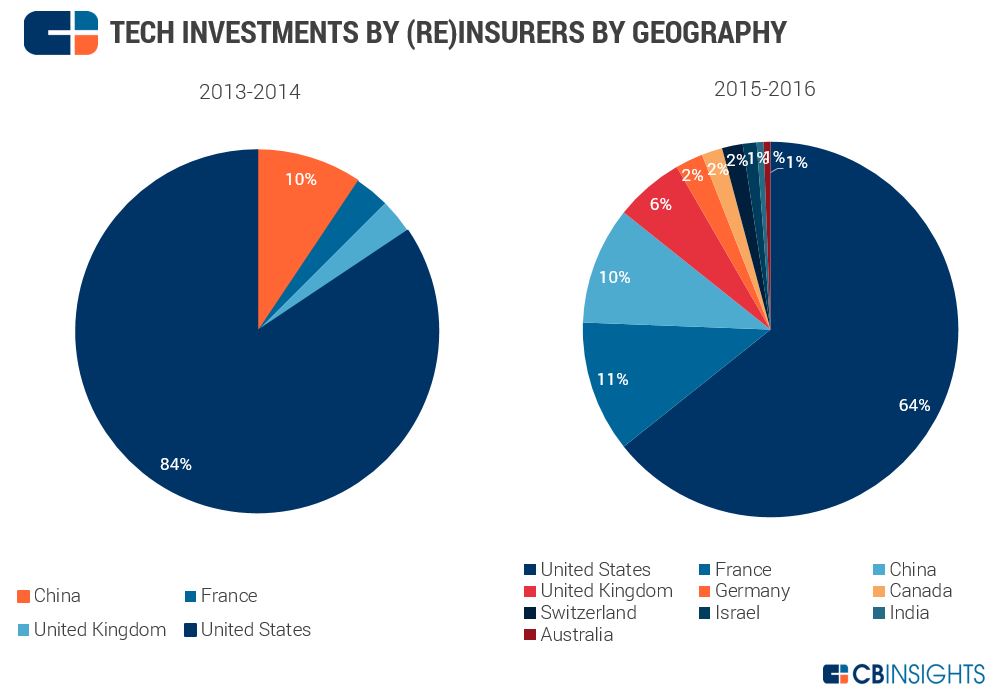 A few thematic areas stand out where (re)insurers made startup investments in 2016, including:

Cybersecurity: Cybersecurity and risk was also a busy area for strategic investment by (re)insurers in 2016. Among the startups that (re)insurers invested in include UpGuard (IAG Ventures), Riskified (Phoenix), Skycure (New York Life Ventures) as well as three separate investments by MassMutual Ventures in CyberGRX, RiskIQ, and Pwnie Express.

CB Insights users can see all the data behind this post here. For more insurance tech data and analytics, sign up free for the CB Insights Venture Capital Database.