Despite the rise of both micro VCs and multi-stage firms at the seed-stage, seed deal activity in the US tech sector fell back in 2015.

The drop came as once prolific seed investors including Google Ventures dialed back its seed investing program last year. More precisely, 2015 saw US tech seed deals drop 5% from 2014’s multi-year high to hit just under 2,100 for the 12-month period. US tech seed funding increased barely (2%) in 2015 on a year-over-year basis to hit $1.8B.

Note: Data does not include angel and/or pre-seed tech financings. 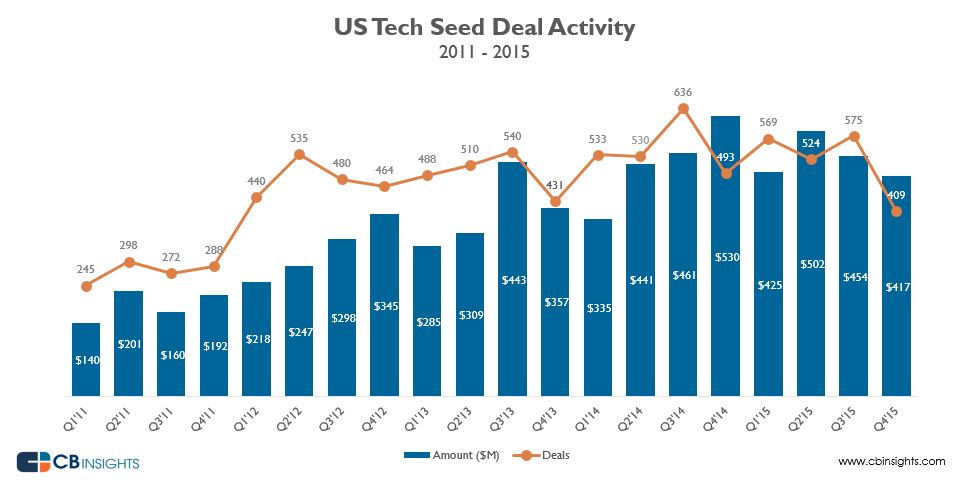 The largest seed deals of 2015

Looking for more seed VC data? Sign up for the CB Insights Venture Capital Database below.