Ed tech funding continued to soar to new heights in 2015 as global ed tech companies took in more than $2.98B across 442 deals last year, according to CB Insights data.

While the continued rise of ed tech investments could be attributed to a number of factors, a few stand out including:

On a year-over-year basis, global ed tech funding jumped 58% in 2015, while deal activity rose 13%, as the chart below highlights. 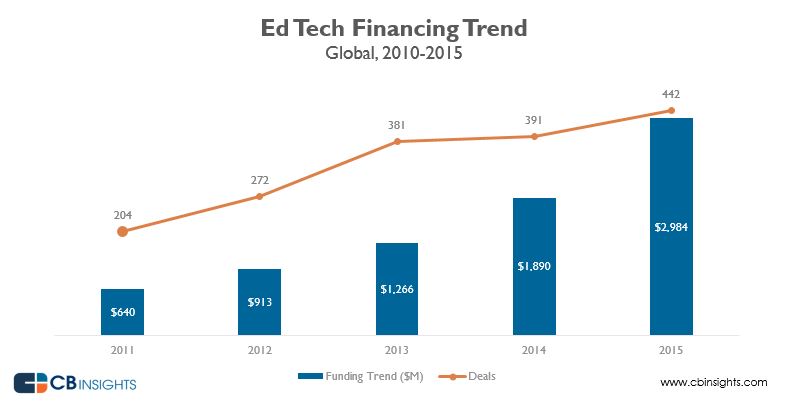 The rise of Chinese ed tech mega-rounds helped boost overall China ed tech funding past $1B. As the chart below shows, China-based ed tech funding rose 230% on a year-over-year basis in 2015. 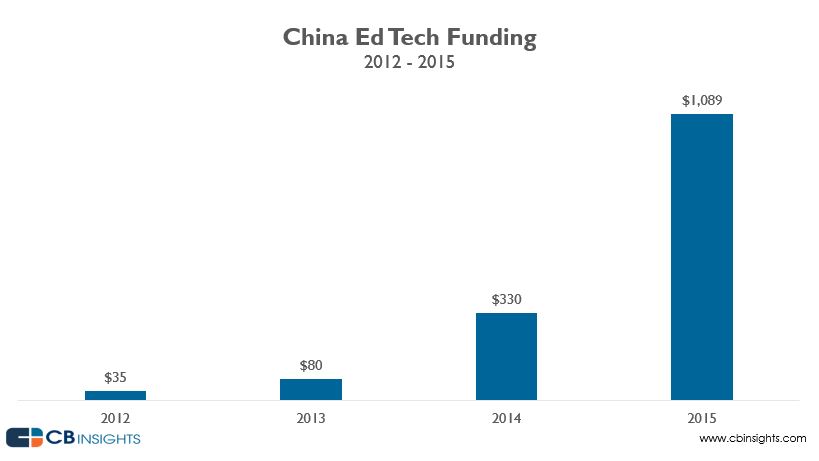 The largest ed tech rounds of 2015

Below is a round-up of 2015’s $100M+ financing rounds in ed tech. Other notable rounds in the ed tech space in 2015 included a $75M equity financing to personalized learning community and network Altschool, a $65M round to online learning marketplace Udemy, and a $60M round to student learning data and analytics company Civitas Learning.

Looking for more ed tech data and analytics? Sign up free for the CB Insights Venture Capital Database below.