Research Brief
2020
Corporate VC arms have also participated in more than $3B in US-based deals in each of the last 3 quarters.

Corporate venture investors are increasingly active in 2015 and finding themselves in some of the largest recent deals in venture, including rounds to Slack, Zenefits, and 21 Inc. In the first six months of 2015, corporate venture capital investors participated in $7.85B of US-based financings across 357 deals. At the current run-rate, CVC deal activity is on track to top 2014’s high. Corporate VC arms have participated in more than $3B of deals in each of the last 3 quarters. 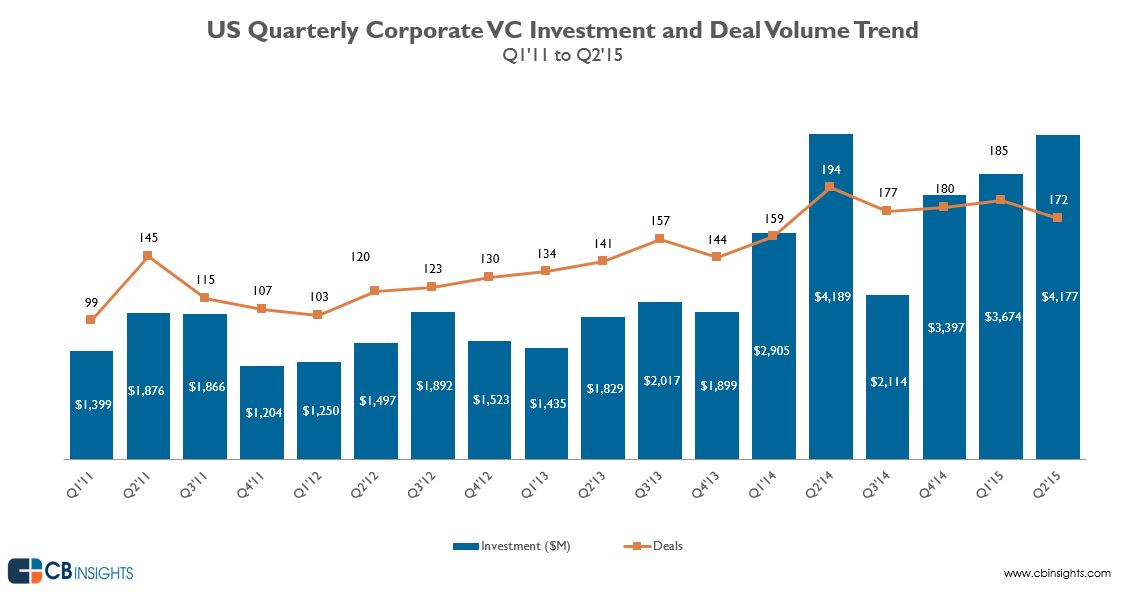 California has taken more than 50% of all corporate venture deals in four of the last five quarters. Massachusetts and New York have been swapping positions for the number two spot and saw a nearly equal amount of deal share in Q2’15.

In Q3’14 and Q4’14, seed activity made up 1 of every 5 deals done by corporate venture arms. But there has been a significant pullback in 2015. Even Google Ventures, the most frequent corporate VC seed investor, has beat a retreat. Each of the past two quarters saw seed deals take just 11% of CVC deal activity, while Series C activity took nearly 1 of every 5 deals in Q1’15 and Q2’15.

Internet deals take half of all CVC deals in the quarter