As genomics unicorn 10x Genomics makes its IPO, we analyze the company's top stakeholders and how much their shares are worth.

Since its founding in 2012, the California-based single-cell sequencing firm has raised over $275M in total disclosed funding from investors including VCs (Venrock, Foresite Capital), banks (Morgan Stanely, Wells Fargo Strategic Capital), and even SoftBank.

The company hit unicorn status in January 2019, reaching a $1B valuation after a $35M Series D round backed by Fidelity, Meritech, and Wells Fargo.

Now, 10x Genomics’ IPO represents a major milestone for its suite of 10+ investors. As the company makes its public debut, we look at which of its investors have the most at stake.

Using 10x Genomics’ S-1 filing, we calculated the value of its top stakeholders’ shares at the time of IPO, based on a $39 share price. Here’s the breakdown. 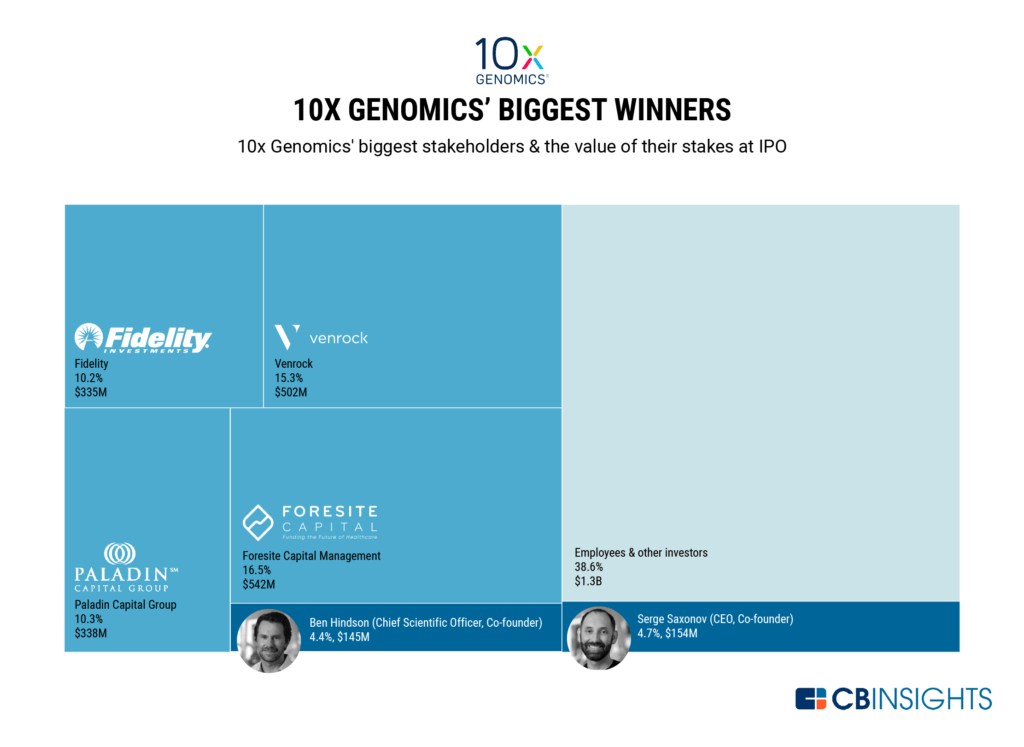 10x Genomics founders Ben Hindson and Serge Saxonov are the only two individual stakeholders with a share in the company greater than 4%. CEO Saxonov leads slightly, at 4.7%, while Chief Scientific Officer Hindson has a 4.4% stake, worth $154M and $145M, respectively.

10x Genomics’ biggest institutional investors have all taken fairly straightforward approaches to investing in the startup, each backing 2-3 equity rounds. Notably, all four top investors backed the company’s $55M Series C in March 2016, co-investing in the round alongside JS Capital Management and SoftBank. 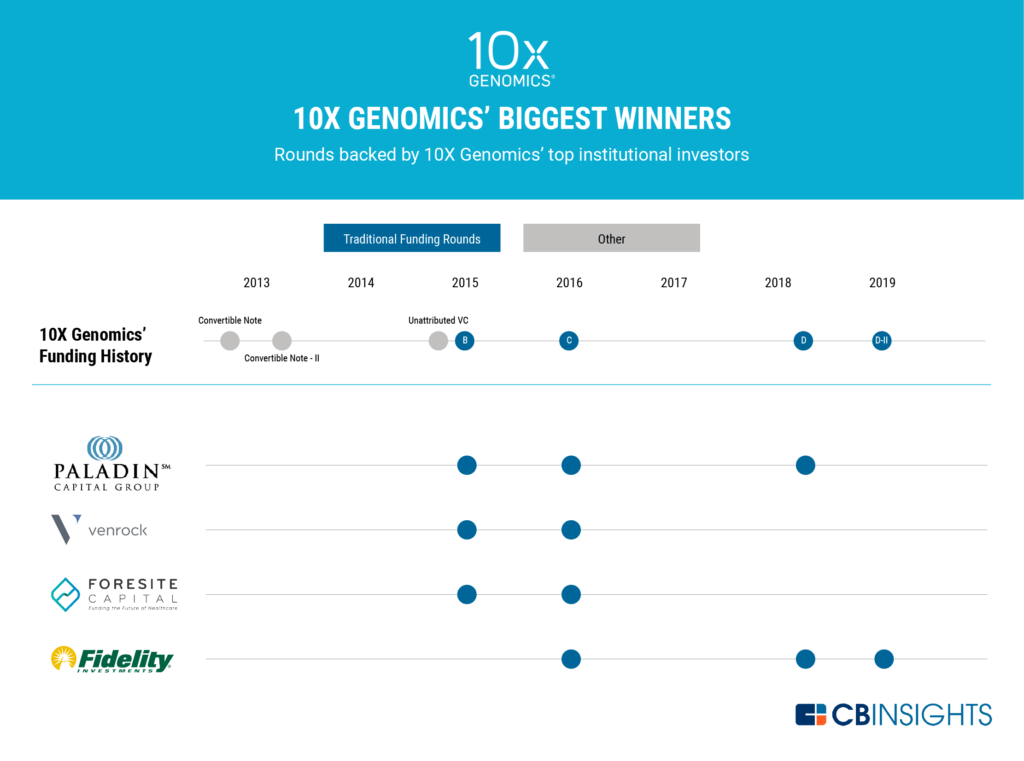 Despite having fewer shares than their VC counterparts, Paladin and Fidelity participated in more rounds to the company: Paladin backed 10x Genomics’ Series B, Series C, and the first tranche of Series D funding, while Fidelity backed its Series C and both tranches of its Series D. Both have also invested in 10x Genomics more recently than Venrock or Foresite. Of the investors pictured above, only Fidelity participated in 10x Genomics’ unicorn-minting Series D tranche in January 2019.