As the worldwide unicorn club reaches 1,000 members with $1B+ valuations, here are the topline stats you need to know.

The global unicorn club hit 4-digits for the first time today (the auspicious 2/2/22), reaching 1,000 unicorns — private companies valued at $1B+. The herd jumped 70% in 2021 on the back of record venture funding across industries.

In aggregate, these companies are worth nearly $3.3T.

Here’s what you need to know about the world’s billion-dollar companies. 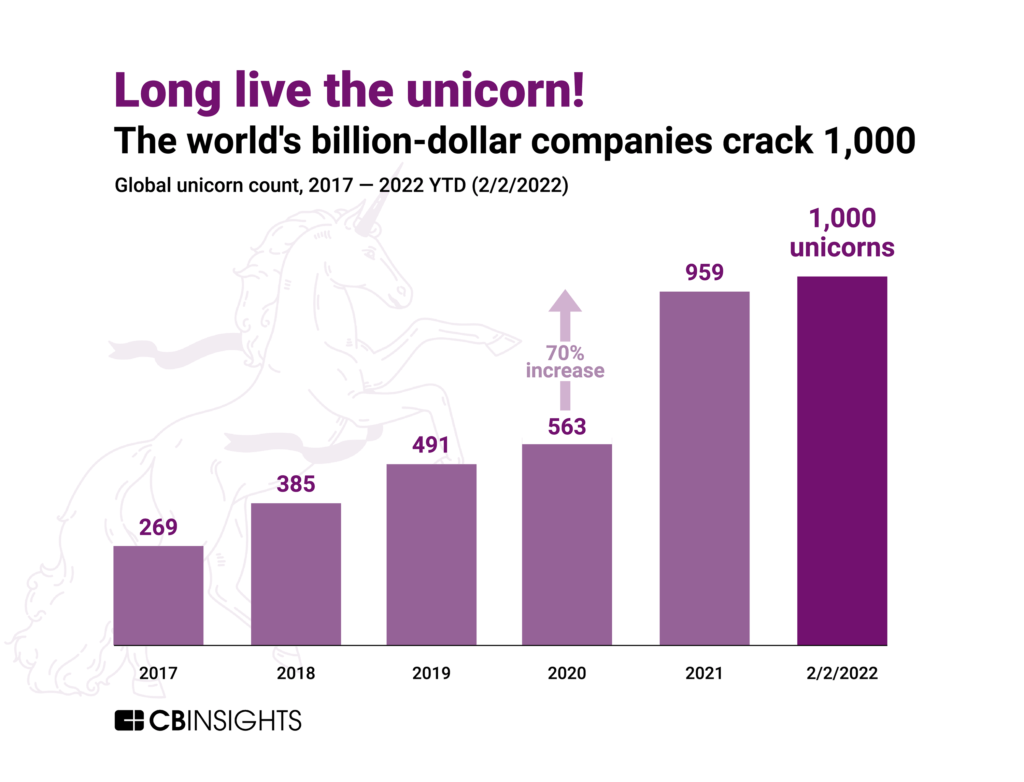 Here are the 5 most recent unicorns — which helped to push the cohort to the 1,000 mark. Clients can click to see full company profiles and learn more about these newly minted unicorns.

The unicorns with the highest valuations are:

Here are the longest-standing members of the global unicorn club and the dates they earned their first $1B+ valuation.