Waldencast is an investment firm operating out of New York and London.

CB Insights Intelligence Analysts have mentioned Waldencast in 1 CB Insights research brief, most recently on May 25, 2021. 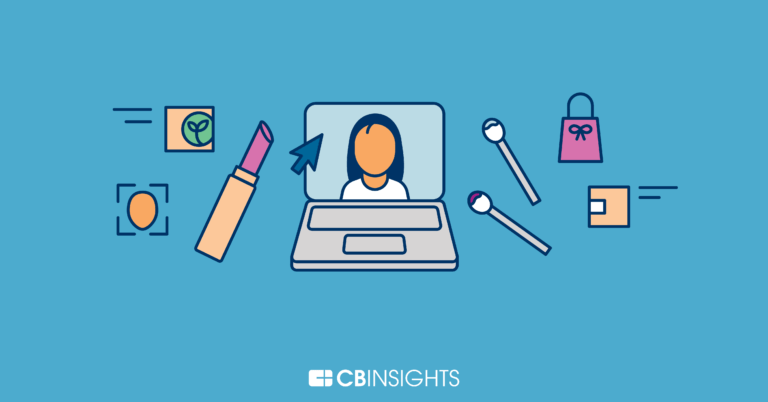 Kirstein Kjaer Weis Kristen Kjaer Weis, who pioneered the organic makeup movement with the launch of her namesake line 10 years ago, is celebrating a decade in business with an eye to the future. Waldencast Ventures has acquired a majority stake in the business, and publishing/marketing executive Gillian Gorman Round has joined the business as chief executive officer. “Kirsten built the brand on the basis of being a non-compromise brand,” said Michel Brousset, founder and chief executive officer of Waldencast. “She is a makeup artist who wants products that perform, but deliver in a way that is consistent with her beliefs. She speaks with a quiet voice, but one that comes with conviction.” “This is a beautiful brand with a cult following — those in the know, know,” added Gorman Round. “Our focus is on taking the business to the next level and beyond.” Business during the pandemic and thus far this year has been strong, with sales up 200 percent year-over-year, driven by an increase both in its wholesale and direct-to-consumer business. Key retailers include Bluemercury, Credo Beauty and Net-a-porter.com. The brand also launched in three Nordstrom doors late last year, as well as on nordstrom.com. “We’ve been able to capture a new consumer and convert them to the core of the brand,” said Gorman Round. “We’ve built a relationship with them that goes beyond the transactional, so that we know what they want and where they are going.” For example, the recent launch of Matte Naturally Liquid Lipstick, $22, helped increase sales in that category by 48 percent, at a time when the general market was significantly down. Also driving sales was the introduction of Liquid Foundation, $48, plus a deeper foray into skin care with Eye Balm, $65. While the brand has significantly ramped up its social media marketing, Gorman Round said the success also stems from the fact that it is in lockstep with prevailing consumer mores today around organic and sustainable beauty . “We’ve seen a consumer movement throughout the pandemic — conscious consumption,” she said, “that simple concept of, ‘if I’m going to buy this I’ve got to love it and I really want it to be a core part of what I use.’” Gorman Round was tapped by Brousset, who was drawn to Kjaer Weis because it is well established but “relatively under-potentialized,” he said. “When we invested it participated in 20 percent of the makeup categories. Already we are now at 40 percent.” Kjaer Weis remains at the helm of product development and creative. “After 10 years of building the brand into something very unique and special, the time was right to grow,” she said. “I needed the right investor who supports the vision and to me, that is Michel and Waldencast.” Expanding retail distribution will be another area of focus, including driving its own e-commerce business. Supply chain and operational issues have also been streamlined. “We’re building from a position of strength — it’s just a matter of executing against the right operational levers,” said Brousset, who also spearheaded the $345 million SPAC Waldencast Acquisition initial public offering in March. “We believe that the way the brand has been built represents the future of what the luxury consumer wants today.” Waldencast now owns the majority of the brand, with Kjaer Weis as the second largest stakeholder. Other brands in the firm’s portfolio include C16 Biosciences, Costa Brazil, Stealth Beauty Company and Salve. In terms of Kjaer Weis, Brousset is thinking big. “We are not time-bound by the investment — we have permanent capital,” he said. “Our ambition is to be one of the major luxury beauty brands in the world, to be on par with market leaders in the next five years.”

Waldencast has made 8 investments. Their latest investment was in Sallve as part of their Series B on May 5, 2021.