Up Capital is an investment firm based in London. 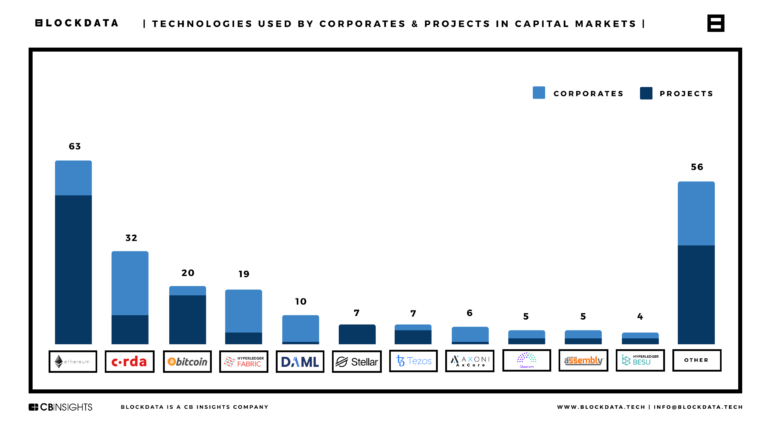 Here Are The Blockchain Networks Most Popular With Capital Markets Players

October 21, 2020 — 01:49 China’s four vaccines entered clinical phase III, and 60,000 people were vaccinated without serious adverse reactions According to Tian Baoguo, deputy director of the Department of Science and Technology for Social Development of the Ministry of Science and Technology, China’s new Covid vaccine has 13 candidates having entered the clinical stage. Among them, inactivated vaccines and adenovirus vector vaccines have a total of four vaccines that have entered Phase III clinical. The four vaccines that have entered the phase III clinical trials are generally progressing smoothly. Up to now, a total of about 60,000 subjects have been vaccinated, and no reports of serious adverse reactions have been received and are initially showing good safety records. Ant Group IPO could freeze trillions of capital in Hong Kong, HKMA in negotiate with the collection bank Due to concerns that the excessive freezing of capital during the IPO of Ant Group in Hong Kong will affect the liquidity of the Hong Kong market, the Hong Kong Monetary Authority has coordinated communication with the main receiving bank responsible for the IPO of Ant Group to find a solution. People familiar with the matter said that the Hong Kong Monetary Authority and others predict that Ant Group will freeze funds in Hong Kong to reach trillions of Hong Kong dollars because of long-term lock-up agreements involved in its listing process. This is also the first time that the Hong Kong Monetary Authority has held a similar meeting on the issue of freezing capital during the company’s IPO in Hong Kong. China plans to form a space-based IoT industry ecosystem in 2025 China Aerospace Science and Industry Corporation plans to initially complete the construction of the Xingyun Project by 2023, and form a space-based IoT industry ecosystem in 2025. It will provide global users low-cost, high-quality space-based IoT application solutions. China’s Space-based Internet of Things ecosystem was named Xingyun Project, which aims to build a constellation system consisting of 80 low-orbit communication satellites to give global coverage, long communication distance, large communication capacity, and low cost of communication satellites. It can effectively connect various information nodes and sensors and other intelligent terminals around the world to form a global Internet of Things information system. It can serve as a powerful supplement to terrestrial Internet of Things in areas that cannot be covered by ground signals. In addition to container ocean transportation, it can also be applied to ocean island communications, oil and power supervision, agricultural machinery data collection and transportation, and construction machinery information transmission, etc. Annual production capacity of China’s Covid vaccine will reach 610 million doses by the end of this year Zheng Zhongwei, director of the Center for Medical Science and Technology Development of the National Health Commission, said that by the end of this year, the annual production capacity of China’s new Covid vaccine will reach 610 million doses. Next year, the annual production capacity of China’s Covid vaccine will be effectively expanded on this basis to meet the demand of China and other countries around the world. Unigroup Guoxin saw net profit in the first three quarters up 87.51% yoy Unigroup Guoxi, a Chinese integrated circuits company consisting of smart card chips, special IC products and memory chips, announced that the net profit in the first three quarters was RMB685 million yuan, an increase of 87.51% year-on-year; among them, the net profit in the third quarter was RMB282 million yuan, an increase of 64.05% year-on-year. China Mobile: Revenue in the first three quarters was RMB574.4 billion yuan, up 1.4% year-on-year China Mobile released its first three quarters performance report. The financial report shows that China Mobile’s revenue in the first three quarters was RMB574.4 billion yuan, an increase of 1.4% year-on-year, of which communications service revenue was RMB525.7 billion yuan, an increase of 2.5% year-on-year; profit attributable to shareholders was RMB81.6 billion yuan, a year-on-year decrease of 0.3%. Apple iPhone 12 bookings in China exceed 150,000 in three days According to data from China’s e-commerce website and Apple’s authorized distributors, Apple’s new iPhone 12 and iPhone 12 Pro have been booked since October 16th has reached 152,737 units as of 9:30 am Beijing time on Tuesday. China’s 5G mobile phone shipments will account for 67.7% of the global market in 2020 Industry analysis agency IDC recently issued a forecast that in 2020, global 5G mobile phone shipments will be approximately 240 million units. Among them, the Chinese market will ship more than 160 million units, with a market share of approximately 67.7%. In the next 5 years, China’s 5G mobile phone shipments will continue to occupy about half of the global market share. ECARX and Arm China establish Siengine It was learned that ECARX, which was strategically invested by Geely Holding Group, and Arm China jointly funded the establishment of Siengine with plans to develop R&D and mass production chips for smart cockpits, autonomous driving, microcontrollers and other automotive chip fields. Pinduoduo cooperated with the Indonesian government to establish an Indonesian national store Chinese social commercial company Pinduoduo recently cooperated with the Indonesian government to establish a national store in Indonesia. Since July this year, Pinduoduo has established cooperative stores with governments of different countries, such as South Korea and Chile, which greatly expanded Pinduoduo’s product range and commercial competitiveness. Singapore Maple Logistics Trust (MLT) plans to acquire multiple logistics properties for S$1.09 billion. According to The Business Time report, Singapore’s MAPLETREE Logistics Trust (MLT) announced that it will acquire logistics properties in China, Malaysia and Vietnam with a total value of S$1.09 billion (approximately US$800 million).

Up Capital has made 3 investments. Their latest investment was in inMotive as part of their Series A on April 4, 2020.

Up Capital has 1 team member, including current Owner, Greg Kiessling.