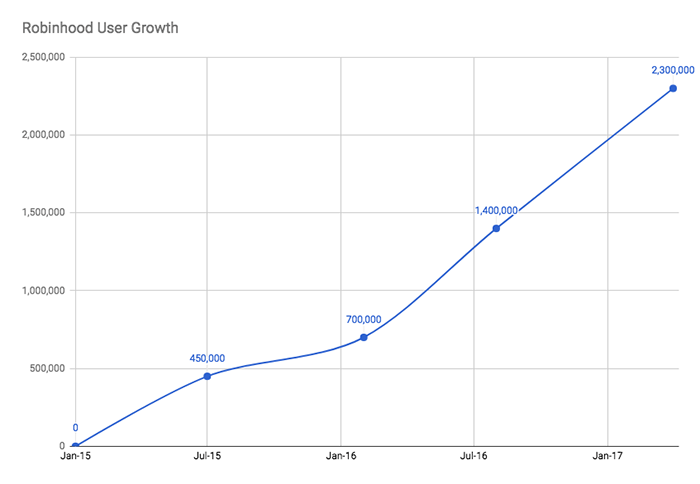 Robinhood’s revenue more than doubled even as it lost money last quarter.

Vlad Tenev, right, and Baiju Bhatt, Robinhood’s founders, in New York last month.Credit...Sasha Maslov for The New York Times Aug. 18, 2021Updated 5:36 p.m. ET SAN FRANCISCO — Robinhood, the stock trading app, on Wednesday reported surging quarterly revenue as pandemic trading became a permanent hobby for many customers, but it still lost money. In its first earnings report as a public company, Robinhood said its revenue for the second quarter soared to $565 million, up 131 percent from the same period last year. It also lost $502 million, compared with a profit of $58 million a year prior. The company attributed a significant chunk of that loss to warrants from an emergency funding round it raised this year. Vlad Tenev, Robinhood’s chief executive, said in a statement that he was “encouraged” by the number of people trading stock for the first time via Robinhood. The company reported 22.5 million user accounts with funding in them, a 130 percent increase from 9.8 million in the same period last year. A significant portion of Robinhood’s growth in the quarter also came from cryptocurrency trading after the price of Bitcoin and other cryptocurrencies hit record highs in the spring. Revenue from cryptocurrency trading fees totaled $233 million, a nearly 50-fold jump from $5 million a year earlier. More than 60 percent of its customers traded cryptocurrency during the quarter, and more new customers used the app to trade cryptocurrencies than stocks, the company said. Robinhood’s initial public offering in July was a disappointment. The company’s stock began trading at $38 a share, which was the bottom of a price range proposed by its bankers. The shares then fell, ending their first day down 8.4 percent. A week later, individual stock traders began driving the price up, mostly through the trading of options, a high-risk form of trading that Robinhood facilitates. The company’s shares then jumped as high as $70 each. The rally turned Robinhood into the kind of “meme stock” that trades based on momentum and sentiment rather than business fundamentals. Nothing had changed in Robinhood’s business outlook to influence the sudden surge. The company’s share price has since settled at around $50 per share, valuing the company at $41.8 billion. Its shares fell more than 7 percent in after-hours trading on Wednesday. Robinhood has helped fuel meme stocks by facilitating traders who have repeatedly driven up the prices of aging brick-and-mortar businesses like GameStop, the video game retailer, and AMC, the movie theater chain. Robinhood’s mission to bring Wall Street-style investing to everyday people has included options trading and other risky bets, leading some customers to record shocking losses and drawing the ire of those who believe in a more traditional “buy and hold” investing strategy. Robinhood incorporated that ethos into its public market debut, allocating an unusually large portion of its I.P.O. shares to retail investors through its app and allowing customers to pose questions in its investor pitch and earnings calls. This month, it spent $140 million to acquire Say Technologies, a company that facilitates investor question and answer sessions and proxy voting. Yet like many Silicon Valley companies, Robinhood has also limited the rights of its shareholders by issuing multiple classes of shares. That structure has given its founders, Mr. Tenev and Baiju Bhatt, voting control over the company. Before the company released its results on Wednesday afternoon, one of the top shareholder questions , with more than 900 votes, was whether investors could get a Robinhood hat and “hoody jacket.” Jason Warnick, Robinhood’s chief financial officer, said he would look into it. “I love the enthusiasm for the brand,” he said. Advertisement

Baiju Bhatt has made 1 investments. Their latest investment was in Lunchclub as part of their Seed VC on May 5, 2019.