Wasteless offers dynamic pricing based on expiration dates, so that supermarkets can reduce food wasted and out of stock instances. The company's RFID technology provides real time monitoring of products at the shelf level, and a machine learning pricing algorithm provides the optimal price for each item, using different factors to decide the optimal price.

May 11, 2021 Wasteless displays two prices, one for the product with a closer expiration date and one for the product with a further out expiration date to incentives customers to reduce waste. Courtesy of Close Authorship Anyone who has taken a basic economics course knows two main factors dictate price: supply and demand. But price-setters know there are many other small and large influences. Israel-based company Wasteless is trying to bring one of those factors to the forefront for food — expiration date. The company’s machine learning technology can be integrated into point-of-sale, inventory systems and electronic price tags — used commonly in Europe — of grocery stores to offer two prices to consumers, a cheaper one for a product with a nearing expiration date and a more expensive one for the slightly fresher product. At this time, Wasteless is only pricing packaged perishable goods such as yogurt or ground beef. According to Oded Omer, founder and CEO of Wasteless, 87 percent of food waste from grocery stores is due to disposing of products that have gone past their expiration date. Educating consumers that most grocery store items are safe to eat near or beyond the expiration date and incentivizing them to buy near-to-expired products could drastically reduce the 88 million metric tons of food waste generated annually in Europe, Omer said. Food waste is the cause of 8 percent of global greenhouse gas emissions . Omer said the Wasteless technology helps cut waste while also increasing revenue for the store. "The retailers are basing their pricing on practices from the 1970s," Omer said. "They have some ballpark numbers. Four days before the full expiry date, reduced by 20 percent. Two days before the expiration date, reduced by 40 percent. Now, we don't do that." According to Omer, Wasteless uses artificial intelligence to continuously adjust prices throughout the day depending on sales and 42 other parameters including expiry date, current date and time, costs, inventory, promotions, special events, competitors and complementary items. The system constantly weighs immediate profits versus possibly higher profits later and changes the price of a single item between two and four times a day, he said. Omer first tested the Wasteless technology at a DIA grocer in Madrid. There, Wasteless reduced waste by 32.8 percent and increased revenues by 6.3 percent, he said. "Guess what? Consumers are extremely sensitive to prices," Omer said. 87% of food waste from grocery stores is due to disposing of products that have gone past their expiration date. Wasteless is targeting reductions of between 40 and 100 percent in food waste and increased revenue of 20 percent for the packaged, perishable items priced with Wasteless, and it usually reaches those targets, he said. According to the Wasteless, the average grocer nets a 3 percent increase in net margin per product once integrating Wasteless’ software because stores are selling more, throwing away less and therefore reducing orders to replace the expired goods. The Wasteless technology is used in a few dozen grocery stores across three chains, including Iper in Italy and DIA in Madrid. According to Wasteless, its technology has helped these stores reduce carbon emissions by 1,900 metric tons and divert 750 metric tons of waste from landfill and 2.2 million products have been sold using Wastelesses pricing. And it’s not stopping there. In Germany, the largest wholesaler in the world, Metro, is finishing a Wasteless integration in partnership with NX Foods , a food innovation hub. "We have a really strong sustainability angle, and we have full support since day one," said Clément Tischer, head of innovation and partnerships at NX Food. "But it was really crucial to find the sales line [for Metro]." Metro sells mainly to restaurateurs, which represent another promising audience for Wasteless’s product. Unlike a home cook who’s buying groceries for two to three weeks, a restaurateur is often turning grocery purchases into meals that evening, making expiration dates less of a concern. "Margins in restaurants are pretty low," Tischer said. "It’s a really price-sensitive target group. It is always easier to have a product that has a longer shelf life because then you’re not under pressure to cook it. But the restaurateurs, since they also have a really tight calculation in terms of when they turn the groceries into recipes, that incentivization worked pretty well. "  As with many innovations related to environmental sustainability, there have to be dual benefits for both the environment and profits to grab the attention of businesses, Omer said. Wasteless’ system starts reducing prices slowly in small increments, like 2 percent. From there, it slowly raises the discount to around 30 percent over the week leading into an expiration. Retailers actually can sell products close to expiry dates for more money with this method than deploying an aggressive 40 percent sale on the item all at once on the last day before expiry, Omer said. "Our champion is the CFO because we are selling money," he said. [Want more great analysis on sustainable food systems. Sign up for  Food Weekly , our free email newsletter.] Show comments for this story. 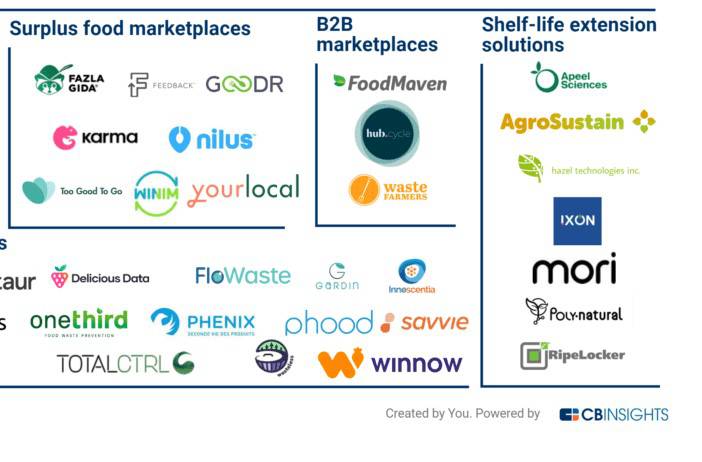 Wasteless is included in 2 Expert Collections, including Grocery Retail Tech.