Why companies should consider a new data centre strategy

8 seconds ago Tate Cantrell. Image: Verne Global Verne Global’s Tate Cantrell discusses how the future of data centres could look very different if enterprises consider a different approach. Organisations are now familiar and largely comfortable with the idea of locating their IT equipment and applications off premise, in specialist data centres providing colocation and cloud-based services. There is a long list of advantages associated with this approach. Facilities are custom designed to minimise downtime with robust security, high resilience and redundant connectivity options. As well, transitioning from managing data in-house to outsourcing within a data centre can be highly cost effective. By selecting a specialist data centre over on-prem, organisations can avoid expensive capital expenditure investments, yet also keep pace with advancements in data centre design; innovations that would be prohibitively expensive if they were to deploy them in-house. Data centre providers fulfil two further fundamental needs. They provide organisations with access to flexible space and power capacity; key requirements as companies increase their reliance on data and accelerate their digital transformation programmes. However, with demand for space and power growing apace – particularly in metropolitan areas – it is now time for companies to reassess their data centre strategies to ensure they can scale to meet their future requirements. Pressure on metropolitan data centres Organisations have traditionally located their entire technology stacks in nearby metropolitan data centres, which are within easy reach for new deployments and maintenance. Yet, as demand for metro data centre space reaches new heights – with JLL estimating that European metro data centre demand will rise by one-third in 2021 alone – there is lively debate about whether this approach will remain viable for much longer. Nowhere is this debate more pronounced than in Dublin. In addition to buoyant enterprise demand for colocation space, the city’s status as the ‘destination of choice’ for hyperscalers has supercharged demand for space and power, as these giants build facilities to support a raft of GDPR-compliant cloud-based services. It is therefore little surprise that Dublin is one of the fastest growing data centre market in Europe, with a September 2021 report from Knight Frank and DC Bytes showing that it grew by 146MW in Q2 2021 (for context, London was second with 122MW). This rapid growth is a cause of concern for EirGrid, which has already warned that data centres will consume one-quarter of Ireland’s electricity by 2030 , placing the grid under considerable pressure, and that is even before market growth is factored into the equation. While data centre operators have described such predictions as over-estimated , there is a risk that the future provision of data centre services could be impacted. That will certainly be the case if the Social Democrats have any say in the matter. The Party recently called for a moratorium on data centre builds , until a more sustainable approach can be agreed. While it lost this vote, this again underlines the potential risk of disruption. And risk, however slight, is something few data centre customers can tolerate. Relieving the pressure One immediate way organisations can relieve the pressure on metropolitan facilities – and thereby reduce the future risk of downtime – is to take a more application-centric approach to their data centre strategies. Simply put, this means making a decision about which applications to keep at nearby facilities, and which to migrate to alternative locations where space and power is more plentiful and or sustainable. This isn’t a case of closing operations in one facility and moving it all elsewhere. Instead, this strategy synergises data centres in different locations – each optimised for the needs of individual applications – to ensure organisations have access to the infrastructure, space and power they need in the long-term. Applications that are particularly latency sensitive – for example, high-frequency trading – are an obvious candidate to remain in situ, but in reality, improvements in connectivity mean latency is becoming less and less of a factor when selecting a data centre location. Likewise, there might be some business-critical applications that organisations – particularly those that are risk averse – will wish to keep within touching distance. However, the rapid adoption of cloud-based services is a reminder that proximity is of diminishing importance. As a first step, it makes sense to reassess the location of high-intensity compute applications, which typically consume the most power and are often latency insensitive. Optimised for high-intensity applications It is worth noting that data centres located in regions with more stable, higher capacity grids – such as those in the Nordics – offer far more than overflow capacity for metro facilities. They often provide access to highly optimised environments, which are custom-built to meet the intense power and cooling demands of applications such as AI, machine learning and high performance computing; environments that can be hard to replicate in traditional metropolitan colocation facilities which support all types of workload. Typically, these grids are powered by a higher proportion of renewables than those in Western European countries, rising to 100pc renewables in Iceland, where the grid draws only from hydroelectric and geothermal sources. Not only does this provide long-term visibility into power pricing, it also provides an opportunity to reduce the carbon footprint of their data centre operations. There’s no doubt that the data centre industry contributes enormously to many countries’ economies, but with the growth in demand outpacing the increase in supply in some markets, there are instances where it is becoming a victim of its own success. Migrating high-intensity compute to alternative, optimised locations is an effective way to relieve this pressure. Not only does it have the potential to reduce costs and risk, it will also extend the life of metro data centre operations, by allowing these providers to meet demand close-to-home. 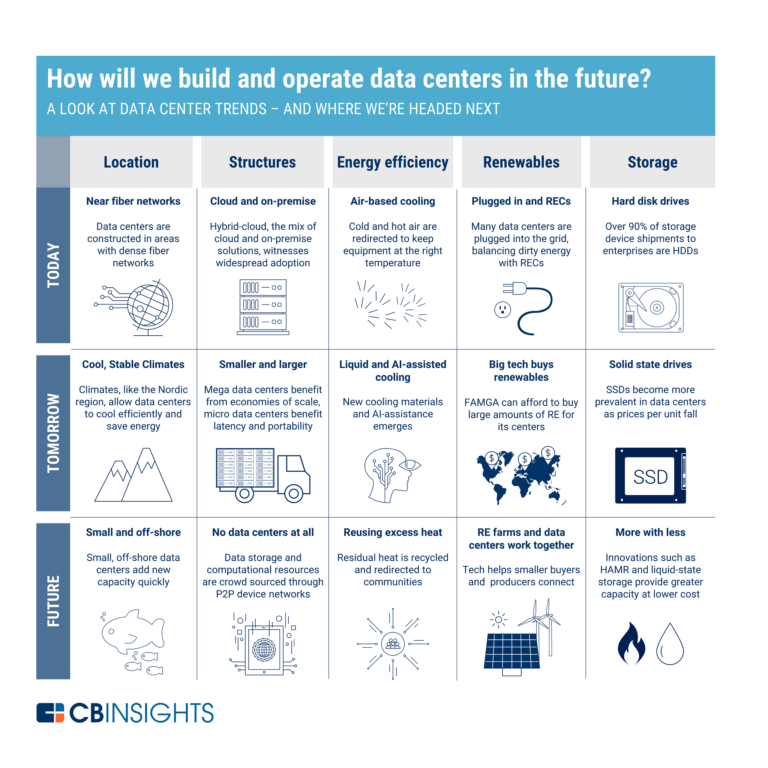 The Future Of Data Centers