Typewise is a mobile app that allows users to install an alternative keyboard. It builds customized AI language models for each client, which includes company-specific vocabulary and learns which phrases have the highest business impact. The company was founded in 2020 and is based in Schlieren, Switzerland. 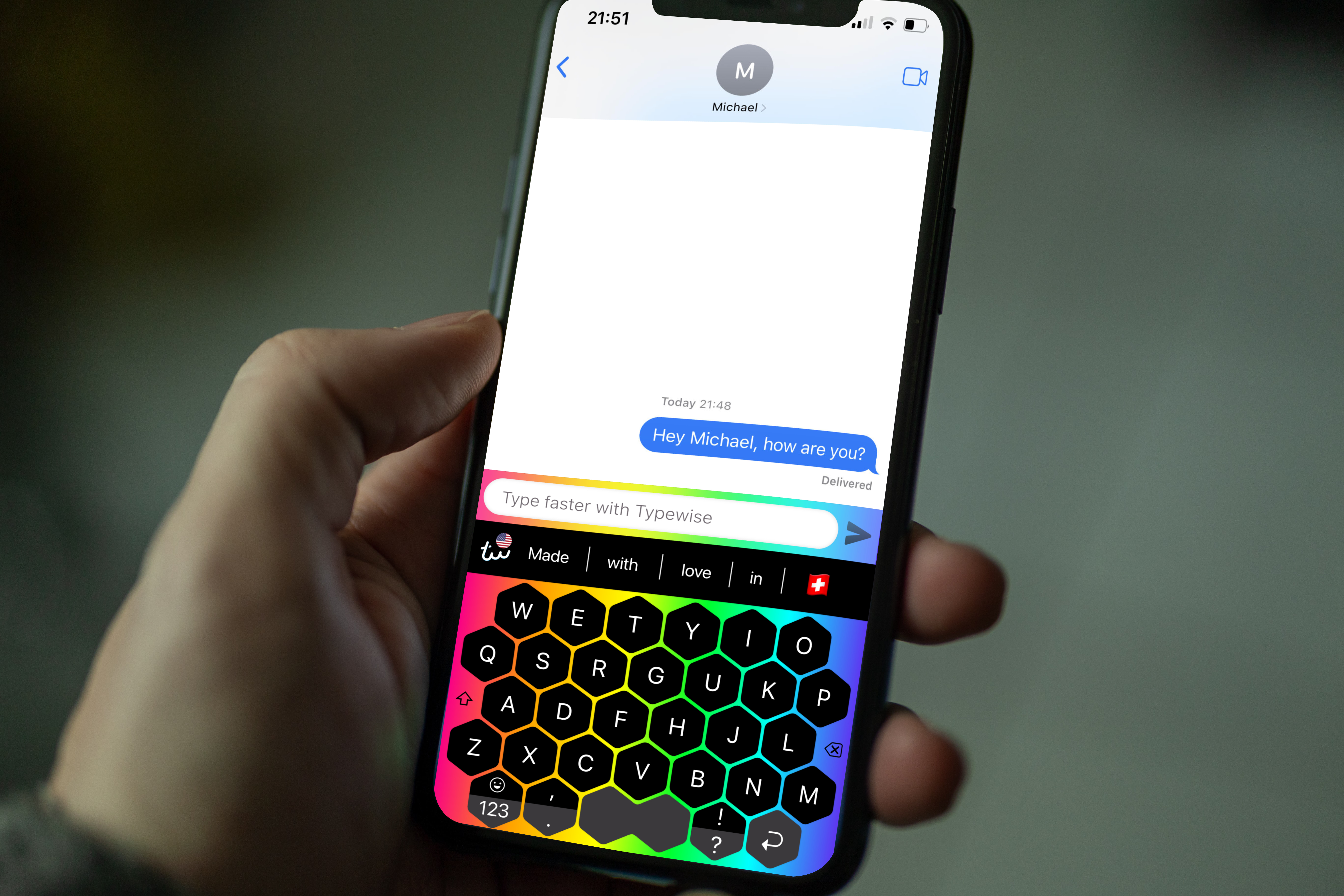 Companies that are included in this market leverage natural language generation (NLG) algorithms to generate text based on a given dataset or prompt. This technology can also be used in the advertising space for copywriting, to draft product descriptions for e-commerce, or even in journalism to help write new stories. All these solutions currently need some level of human oversight to make sure th…

Typewise named as Challenger among 14 other companies, including Arria NLG, Persado, and Mutiny.

A virtual keyboard optimised for Android and iOS smartphones

Typewise is included in 4 Expert Collections, including Conference Exhibitors.

Companies offering technology-driven solutions to enable, facilitate, and improve customer service across industries. This includes solutions pre, during, and post purchase of goods and services.

It’s that time of year again. This morning, Y Combinator (YC) hosted a demo day for its 2022 Summer Cohort — the 35th demo day in the incubator’s history. Featuring founders from 30 countries and startups across sectors including developer tools, fintech and healthcare, the day saw no shortage of compelling pitches. The competition was fiercer than usual, owing to YC’s decision in early August to cut the batch size by 40% to around 250 companies in light of economic headwinds. But a particular category of startup stood out: those applying AI and machine learning to solve problems, especially for business-to-business clients. This year had only 14 such startups compared to 20 last year, which makes sense as the overall cohort is also smaller. But the batches share a unifying theme: sales. Their products largely target hurdles in sales and marketing at a time when businesses are up against recessionary pressures. Economic challenges aside, the large addressable market makes sales an attractive problem for startups to tackle. Grand View Research pegged the sales force automation software market alone at $7.29 billion in 2019. Pilot AI Pilot AI is developing a tool for sales reps that automatically translates call recordings into structured data that then directly updates a customer relationship management (CRM) system. The idea is to save reps time, and to assure their managers that the pipeline data is up to date. It’s worth noting that other platforms like Fireflies.ai and Microsoft’s Viva Sales also do this. But Pilot AI founder Max Lu, previously a software engineer at Salesforce, says his product is more thorough than most, and can generate a summary of each call as well as data points that map to CRM fields and questions asked by reps, in addition to key parts of the recipient’s answer. Image Credits: Pilot AI Typewise Typewise is also in the sales space, but it focuses on text prediction across web apps via a browser extension and server-side API. Initially developed as a smartphone app, Typewise — which claims to have Fortune 500 customers in the e-commerce and logistics industries — can autocomplete sentences, insert smart snippets, automatically reply to messages, and check for style and grammar consistency. It sounds a little like TextExpander and Magical . But founder David Eberle says that Typewise is compatible with any CRM system and can be customized to a company’s data, with an analytics component that suggests which words and phrases to use. YC Summer 2022 AI startups that didn’t fall within the sales and marketing tech category tended to focus on dev tools, another lucrative avenue to growth. Considering that 55% of developers struggle to find the time to build internal apps in the first place, according to one recent survey , VCs certainly see an opportunity: they invested $37 billion last year into startups creating dev tools. Monterey AI Monterey AI tackles a decidedly different part of the product lifecycle: Development. Founder Chun Jiang pitches it as a “co-pilot for product development” that replaces documents with workflows that automatically generate product specs, including feature ideas, metrics, designs, and launch plans. Using Monterey, customers pick a product template based on their use case (e.g., “software-as-a-service”) and configure the inputs, checking dependencies to solve conflicts. Jiang says the platform can uncover cross-team conflicts and dependencies while providing a birds-eye view of the portfolio to align features. Image Credits: Monterey AI Dev Tools AI could perhaps be used in tandem with Monterey AI. Dev Tools AI offers a library designed to make it easier to write tests for web apps in existing dev environments by simply drawing a box over a screenshot. Applying computer vision, it finds elements on webpages like search boxes and buttons, and can even see controls within web games. It can also test for crawl errors on pages, including broken links, 404s and console errors. As founder Chris Navrides points out, writing end-to-end web tests is a traditionally time-consuming process, requiring one to dig around in the page code multiple times as the tested app evolves. Assuming Dev Tools AI works as intended, it could be a valuable addition to quality assurance testing teams’ arsenals. Maya Labs Maya Labs is creating a platform for translating natural language into code. Similar to GitHub’s Copilot, Maya incrementally generates programs and shows results in response to steps in English. One of Maya’s founders, Sibesh Kar, says that the service builds apps by using a combination of conditional logic, AI-powered search and classification, fine-tuned language models, and template generation. Currently, Maya can query and plot data from an external source like Google Sheets, Notion or Airtable, and perform actions on that data, like sending an email, uploading a file or updating a database entry. The long-term goal is to extend Maya to tasks like web navigation, connecting APIs, and workflow automation, which — given the current state of AI text-to-language systems — seems within the realm of possibility. Hello For those who prefer a hands-on approach to programming, Hello claims to use AI to “instantly” answer developers’ technical questions with explanations and relevant code snippets from the web. The platform is powered by large language models (think GPT-3) that reference several sources to find the most likely answers, according to co-founder Michael Royzen. When Hello users submit a query, the service pulls and re-ranks raw site data from Bing, and then extracts understanding using the aforementioned models. A different set of models translates the results into human-readable answers. Image Credits: Hello NuMind Another startup with language models at its core is NuMind , which provides data scientists, data analysts and software engineers a tool for creating custom natural language processing models. Leveraging large language models similar to GPT-3, NuMind can be used to, for example, find which job offers best match a given resume on a recruitment platform. NuMind founders Etienne Bernard (the former head of machine learning at Wolfram Research) and Make.org co-founder Samuel Bernard claim that interest in the company is quite high, with its paying customer base growing to nine in the span of a month.

Writer provides AI-driven copyediting for content teams. Writer's corrections are based on the user's own messaging and terminology, making writing more consistent across the entire company. From vocabulary and clarity to grammar and spelling, Writer provides additional content corrections that improve writing across the team.

CopyMonkey.ai is an AI that generates product descriptions and optimizes Amazon listings to help enhance e-commerce sales. The company was founded in 2020 and is based in Riga, Latvia.

Mutiny helps business-to-business, software-as-a-service companies present a message that's customized to each visitor on their website. The company was founded in 2018 and is based in San Francisco, California.

Instoried is an augmented writing platform designed to improve customer interest and engagement. The platform helps content writers in e-commerce, news, FMCG and other verticals to optimize emotions in marketing content.